On my second day in Prague I decided that I would wander around Prague castle in the morning, and go up to Petřín Lookout Tower in the afternoon. I had found two restaurants that would make for an easy lunch in the area, Little Whale and Cantina.

Little Whale was marginally closer, so I decided to eat there. It’s slightly more expensive than many of the restaurants in Prague, but compared to other European cities, it’s very reasonably priced. 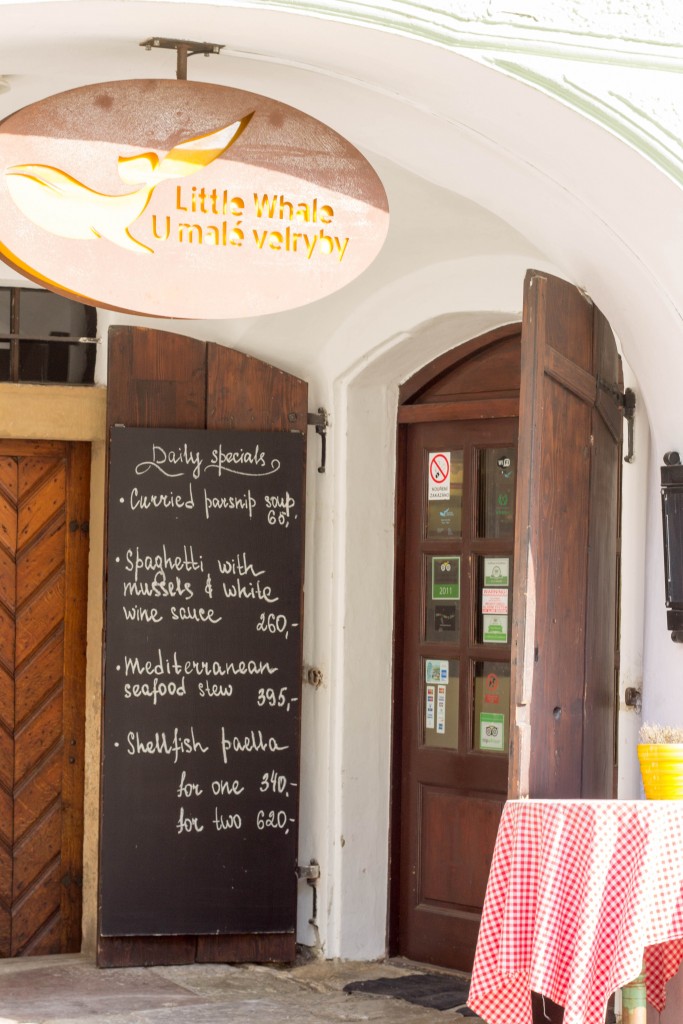 I peered at the menu from the outside and struggled to remember why it had been recommended as particularly good for gluten-free food. I couldn’t see any signs of an allergy menu or anything that said “gluten-free”. I went in anyway. So brave.

It’s a tiny little place, but full of charm. 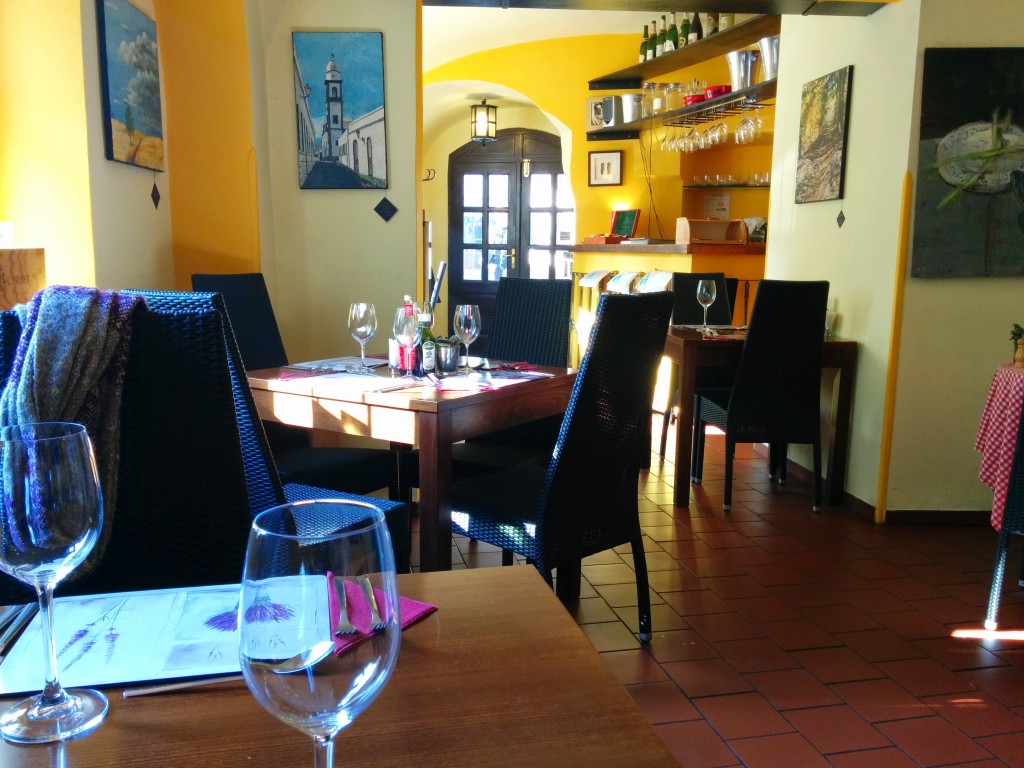 I think there are only about 2 other tables that aren’t visible in this picture – it probably seated about 16 people. I was, however, the only person in the restaurant, and service was extremely good.

I was handed the menu and was immediately delighted by what I saw: 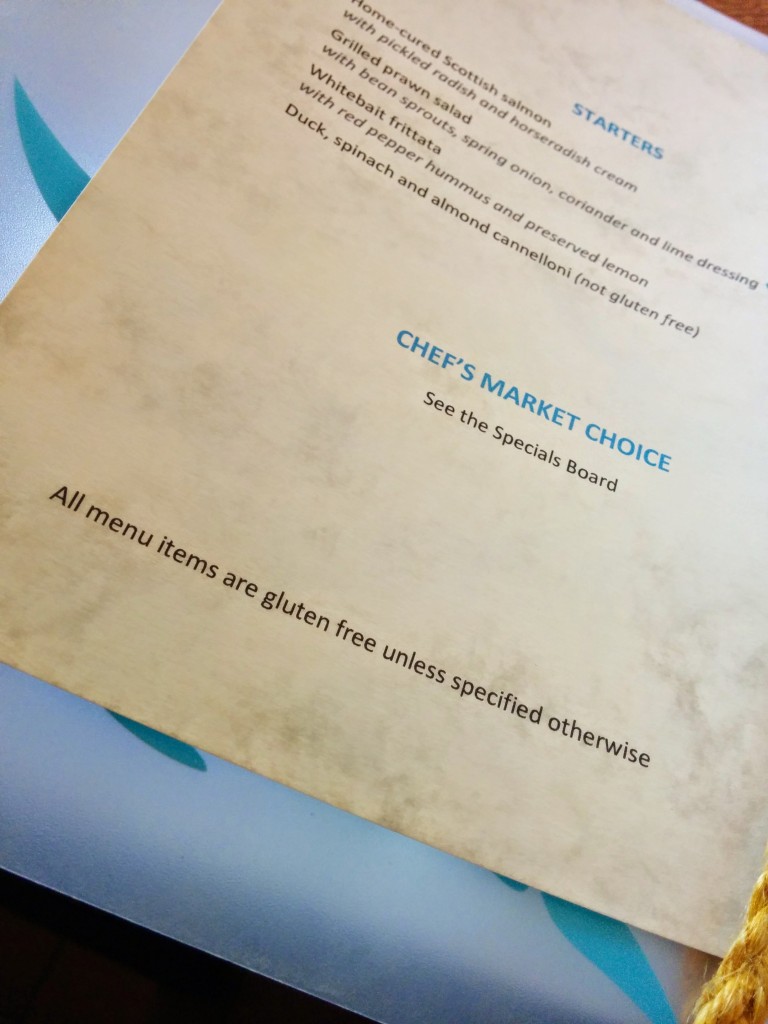 This is my kind of menu! I initially wanted the frittata but she told me they were out of it, so I picked some roasted nuts and marinated olives from their tapas menu to start with. 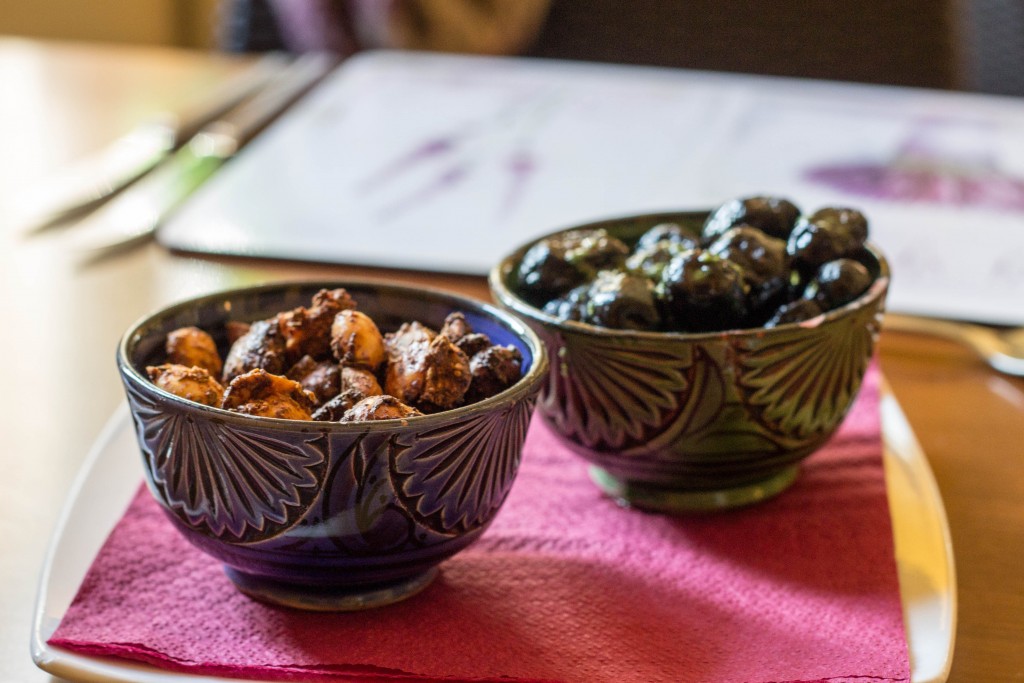 Along with a house cocktail, because HOLIDAY. Vodka, blue curacao, kahlua and milk. 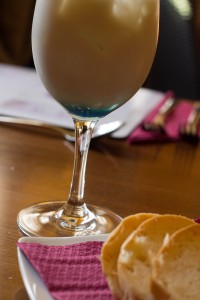 Unprompted, she brought out some gluten-free bread with the cocktail, which was a nice touch, but it was untoasted and thus rather typical of gluten-free bread – a little dry and a little tough. I ended up dousing it in olive oil. 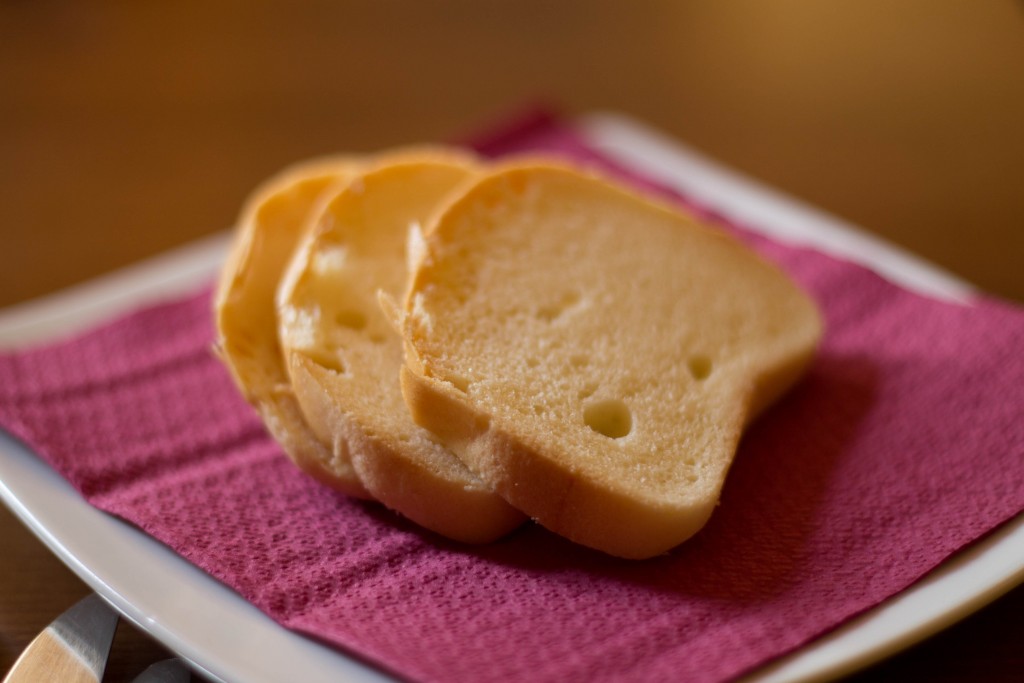 As a main course I chose the scallops because I love them and they are usually very expensive. They were 420 czk which is about £11/€15. And I was not disappointed! 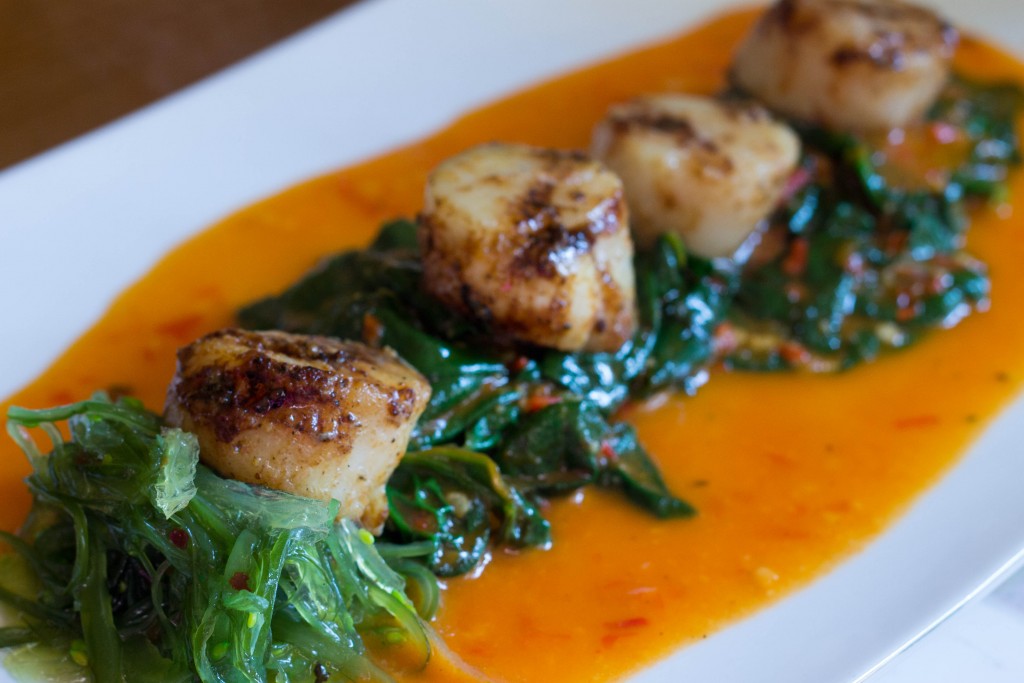 They were cooked to perfection on a bed of wilted spinach and wakame seaweed along with a chilli, ginger and lemon sauce. After the stodge-fest of the previous day at Svejk Restaurant U Karla (review to come soon!), it was a welcome change, but it didn’t disappoint on flavour.

I had strategically left room for dessert, and I opted for the flour-free chocolate cake. I know, in the past I have been scathing of restaurants that excitedly offer “gluten-free brownies! Wow!” as their only gluten-free option, but I don’t want to give the impression that I’m not a fan of chocolately pseudo-cakes.

Maybe I’m just saying that because this was hands down the best chocolately pseudo-cake I’ve ever had. 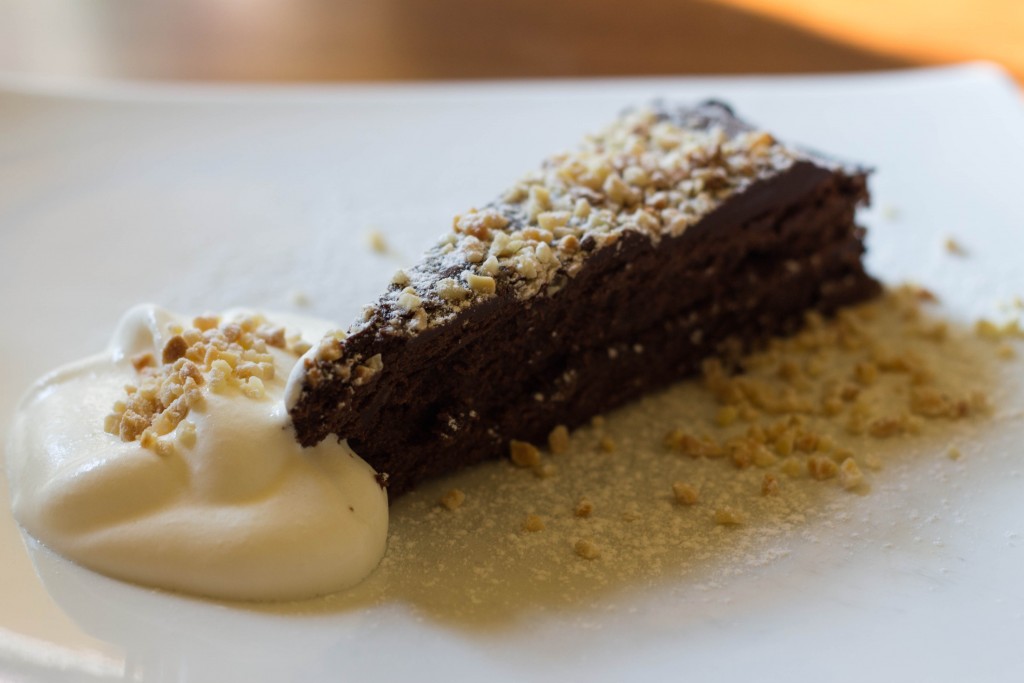 You know you have a good gluten-free menu item when you start to get a little concerned that it might actually contain gluten. But… it’s… just… so good! I savoured and cherished every mouthful.

Little Whale is not somewhere you would go if you’re looking to experience Prague on a tight budget but it’s absolutely wonderful if you want to treat yourself one day. In total I had a cocktail, nuts and olives, scallops and chocolate cake which came to 725 czk (around £19/€26). The service was efficient and my waitress was very friendly and didn’t give me too many weird looks as I sat by myself and snapped away at my food, blogger-nerd that I am.

If you don’t mind a bit of a hike I would definitely recommend the walk up Petřín Hill as opposed to riding the funicular. The views are fantastic. 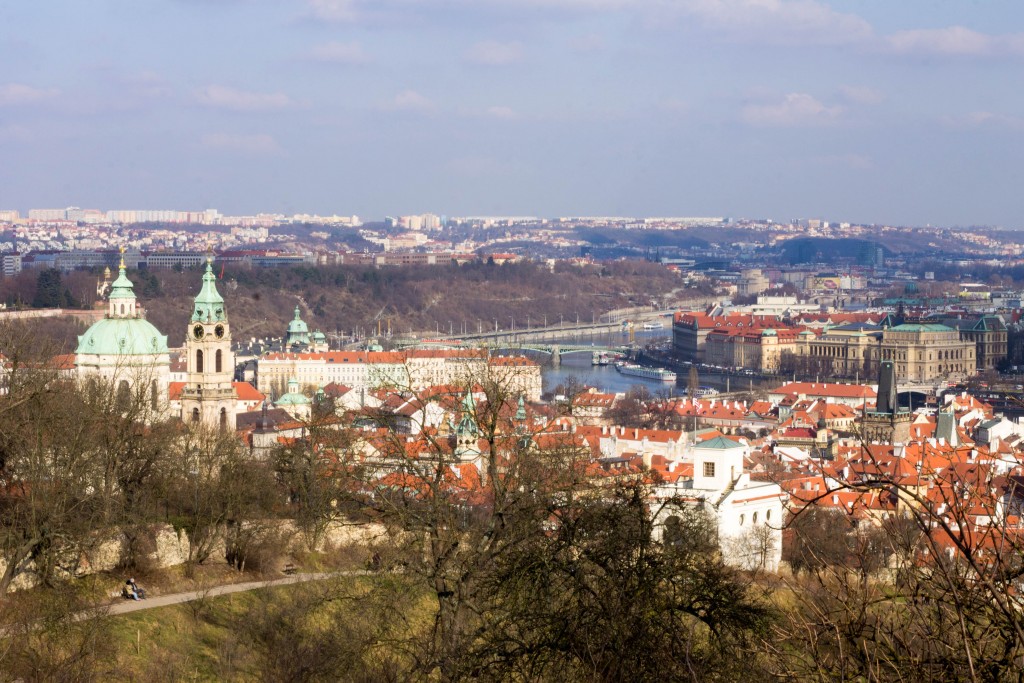 Not to mention the fun you can have with the mirror maze at the top! 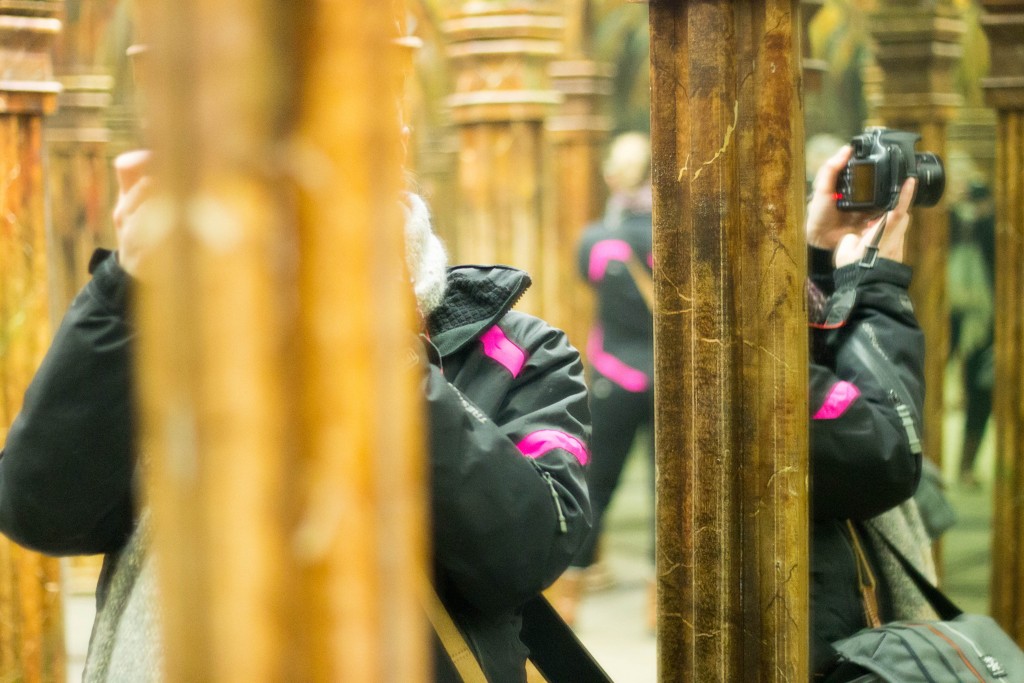 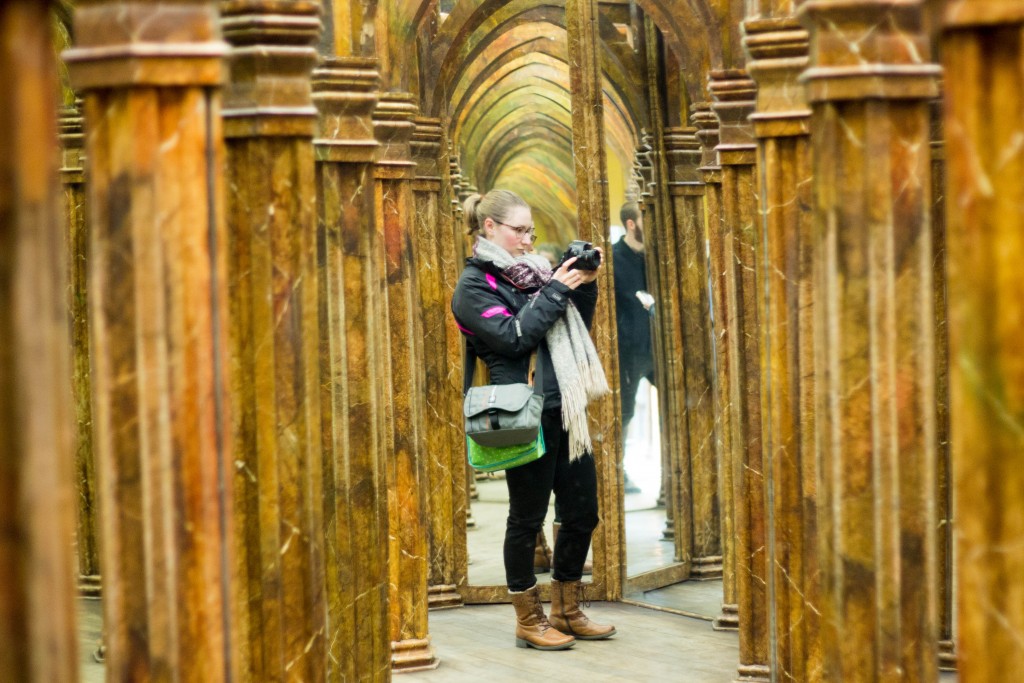