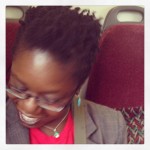 Coeliac Sam is the newest gluten-free app on the market (available for free on the App Store and Google Play), and may well be the world’s first coeliac game. It’s the brainchild of Sam Martin, another excellently named coeliac who runs the Digital Coeliac blog, and can also be found on Twitter.

The Happy Coeliac: When were you diagnosed as a coeliac, and when/how did you become a Digital Coeliac?

Digital Coeliac: I was diagnosed as a Coeliac after about 18 months of symptoms, and 3 months of investigation (a long story), in August 2010.  I became a Digital Coeliac about a week after I was diagnosed, when I was about to meet a friend for lunch in central London, and I was feeling hungry and confused about where I was going to find a restaurant/cafe that had food that was safe for me to eat. I had a craving for Fish and Chips, so got my smartphone out and tweeted that question to some friends, something like: “Confused newbie #coeliac, where can I find #glutenfree fish & chips in central London?”.  To my amazement, I got a reply within 2 minutes, telling me that there was a restaurant selling gluten free fish and chips not 20 yards away from me in Leicester Square (!).  Not only that, but 10 mins later, I had Tweeted replies from people who knew about another 3 pizza restaurants, and one organic cafe in a half mile radius.  What blew my mind was that these Tweets weren’t just from Londoners, but from people in New York, Sydney, and Vancouver, who had visited London, and were sharing their knowledge of gluten free venues they’d found and trusted.

This got me wondering just how many more people were helping each other this way, and if this could be researched – specifically: how their behavioural patterns could inform health services and charities in a way that would make life easier for Coeliacs and those diagnosed with Gluten Intolerance. These questions bugged me for ages, until I went on to do an MSc in Digital Sociology at Goldsmiths University, London, where I got to investigate this further.  I am now doing a PhD, where I am using a combination of Computational Science, GIS Mapping, Social Data, and Sociological theories of Health and Illness to answer this question.

THC: How did you get into app development?

DC: As part of my MSc in Digital Sociology, we had a 3 hour computer lab at Goldsmiths called the CAST lab (http://www.gold.ac.uk/pg/ma-msc-digital-sociology/), where each week, someone who worked in industry would come and run a workshop, showing us how to use digital tools to answer a combination of Sociological, Journalism or Social Media questions.  In one such session, a representative from the software company Corona Labs came and showed us the basics of how to use the free Corona SDK app development package to create a basic app.  I was so excited to be able to put together a bit of code (.lua), and see something moving around on the screen in a way that I could interact with it – that I was hooked from then on!  As part of the course, we were encouraged to create a blog which acted as a kind of sandbox for any digital experiments we ran as a way to answer our sociological questions.  I decided to create a new app called “Twitter Abused”, which would answer my Dissertation question of “Who abuses who on Twitter, and how do they respond?”.

I ended up creating a cute little game, that although was never published, was a great learning process and lots of fun to create. The game was based on Angry Birds and Street Fighter, where someone angry at abusive tweets from other people could fight them in a game.  You’d have these abusive tweeters on one side of the screen and the abused tweeter would hurl themselves at the other birds, gaining maximum points if they managed to knock them over (call it Twitter anger management therapy!). You can see the post here and the video I made of it here. 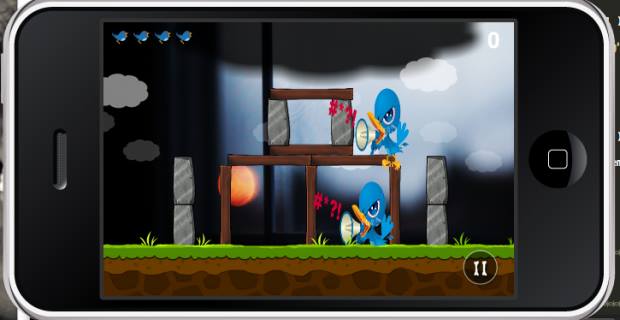 Once I’d created this app, I went on to put together a few more gluten-free themed apps for my final dissertation, where we were encouraged to create a digital service that would help or inform people affected by a sociological problem.  I decided to investigate the sociological and health problems that people diagnosed with Coeliac Disease face, where they have to completely rebuild their diet to be gluten free, and work this into their everyday lives, from eating at home, working, socialising, going on vacation, and eating on the move. I decided to use my skills to put together apps like Gluten Free London (App Store | Google Play), and Gluten Free Paris (App Store | Google Play), that mapped and listed restaurants and cafes that offered gluten free options for people visiting these places.

THC: How did you first get the idea for a gluten-free themed game?

DC: After working with location-based apps, and giving a few presentations about how people use the digital world to learn about and self-manage Coeliac Disease, I started to wonder how I could also help kids and adults learn about the basics of following the gluten free diet, and get them more aware of helpful gluten free labelling and the use of the crossed-grain symbol used on some gluten free products.  As a child, I found I learned the most from applications that turned learning into a game, and also gave the user a sense of empowerment.  I wanted to see if I could bring the gluten free theme, and learning through fun to a smartphone app, and hence the character “Coeliac Sam”, and the resulting game was born.

THC: What do you hope to achieve with Coeliac Sam?

DC: I hope to give kids the basic idea of how to search for gluten free food, and what it means to have Coeliac Disease.  The game is very simple.  “Coeliac Sam” goes through her world, collecting gluten free muffins labelled with the gluten free crossed-grain label, which give her health points.  She gets super strength from collecting super strawberries, which are obviously naturally gluten free, and also have the gluten free crossed-grain symbol on them.  However, while she goes through this world, she is also faced with gluten-filled snacks, like pizza and muffins that aren’t labelled gluten free – they have little teeth on them, which will chew away at her gut, and make her feel weaker, as well as loose strength – a basic way to show how sick and poorly people with Coeliac Disease and Gluten Intolerance get when they accidentally ingest gluten.  All this is deliberately quite basic, as I didn’t want to make things too complicated, but hopefully this will be the beginning of more health-themed educational games that will help educate people about chronic illnesses like Coeliac Disease, and others like Diabetes, and perhaps in the future HIV and more.
THC: Do you think the future of health (especially coeliac management) is in the digital world?

DC: Absolutely – the digital world has such great potential to connect people across space, time, cultures and more.  People are using technology to both search for and communicate their experiences of illnesses, and pursuit of healthier lifestyles more and more.  We are increasingly using smartphone apps, wearable technology and social media tools like Twitter, Facebook, Pinterest and even Instagram to document our lived experiences of life milestones, illness and events, and share hints and tips about how to manage health in ways that are both supportive and inspiring. All this interaction which was first just seen as Big Data, is turning into Social Data, and in the field of health and illness – Social Health Data – where people are both documenting and sharing their lives at an increasing rate. The more we understand this activity, and try to utilise this back into how we manage health services across the cultural domain, the better informed and more efficient we have the potential to be.

THC: Any other projects lined up?

DC: My main task is finishing my PhD, which will involve writing lots of papers and running a few Data Visualisation projects to research how people self-manage Coeliac Disease via Twitter and digital technologies.  I have a few more apps and projects in mind, which will include a few more with Coeliac Sam, so we may see her embarking on adventures too!

I would also like to create a few interactive and illustrated books for the touch screen capabilities of the iPad and the Kindle, as well as some more learning-based apps that perhaps teach kids how to manage other illnesses, such as how to monitor their diabetes and other autoimmune diseases.  The market for educational app games is definitely opening up, and I would like to contribute to it from the perspective of helping kids to manage their chronic disease in a fun way too.

Many thanks to Sam Martin for agreeing to the interview. She blogs at Digital Coeliac and she can also be found on Twitter. Coeliac Sam is available on the App Store and on Google Play.

« Aubergine (eggplant) fries
My Gluten-Free Kitchen: A Peek Inside »