One of the best things about living in the Netherlands is how friendly everyone is. You walk into a shop and the staff say “good morning!”, you go into the changing rooms at the gym and everyone says “hello!”, and you are left with this lovely sense that actually, people do care.

The gluten-free crowd is always friendly wherever you go, and the Dutch gluten-free crowd exceptionally so. After realising that we live about 5km away from each other, several tweets and e-mails were exchanged between me and the lovely ladies (Edith and Anouk) who run glutenfreewebshop.com, a Netherlands-based… gluten-free web shop (I guess the clue is in the name!)

After I told them I had never tried poffertjes before, they invited me to their house to try some gluten-free ones made with their very own poffertjes mix! Their brand, Lisa’s Choice, is named after Lisa, daughter to Edith and sister to Anouk, who was diagnosed with coeliac disease 4 years ago. As well as the poffertjes mix, they also do a variety of bread, cake and pancake mixes. I’ll be reviewing these separately in a later post.

But what is a poffertje?! I hear you ask. Unless you’re Dutch, then you’ll already know that a poffertje is a small, puffy mini-pancake risen a bit with yeast and cooked in a special pan, typically eaten with butter, syrup, icing sugar (or all three). Wikipedia calls them “a traditional Dutch batter treat” which actually sounds kind of gross. I think they are kind of similar to the Danish æbleskiver, which of course doesn’t actually help 99.9% of my readers. 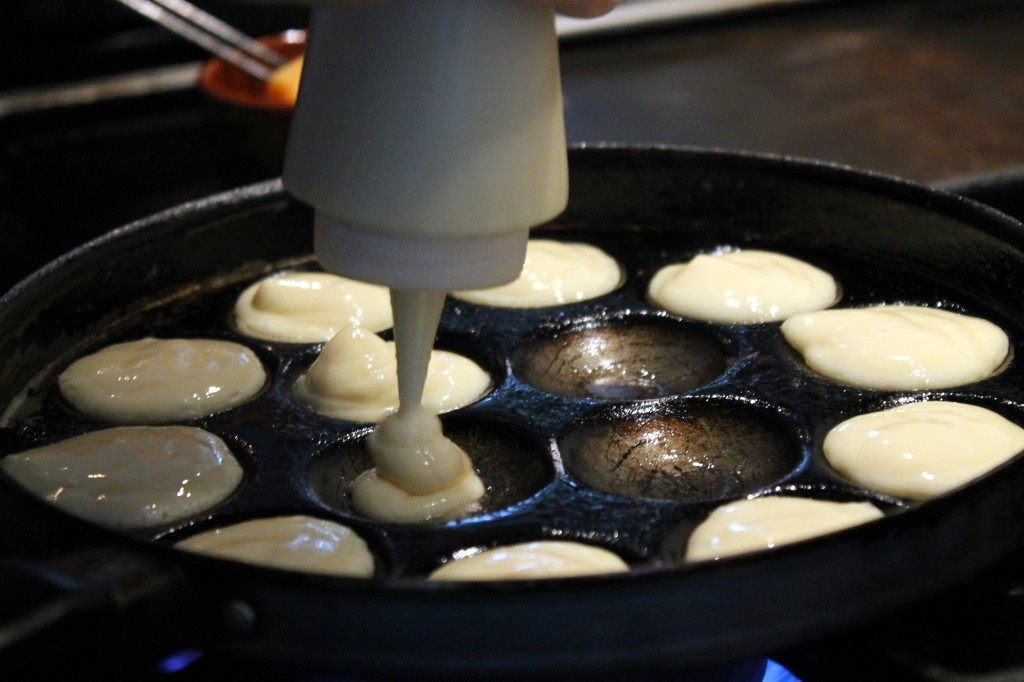 So let me tell you… poffertjes are extremely delicious! After you’ve carefully injected them into the pan you flip them over and are left with little scrumptious puffy pancakes! 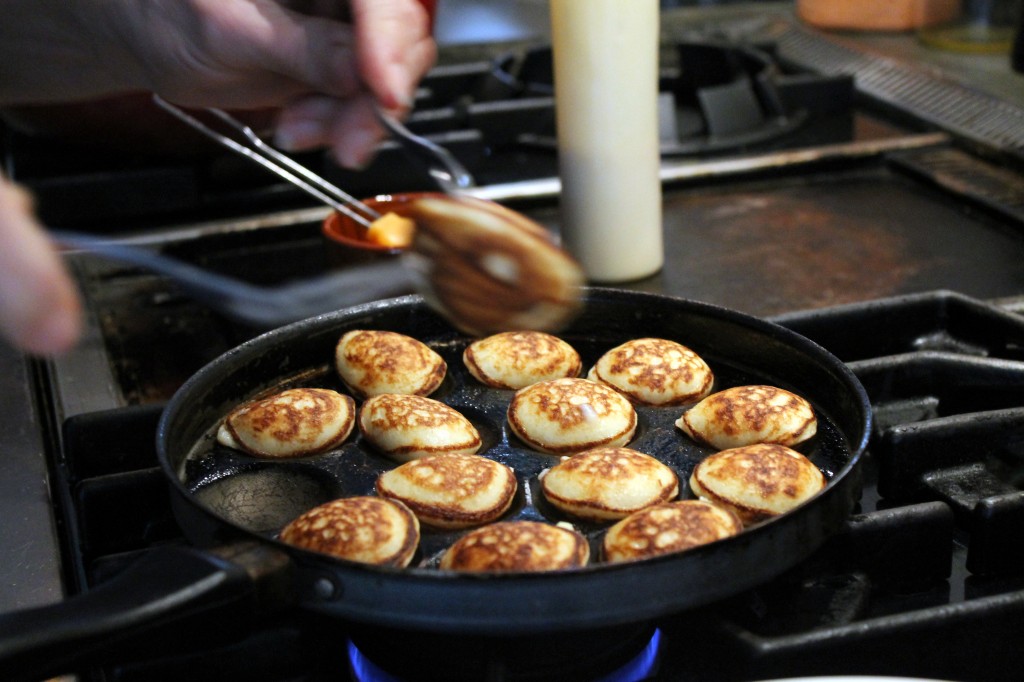 I feel like I’m cheating by calling them pancakes. Because yeast is used to rise them, they are so much puffier and fluffier than pancakes could ever be.

So while the poffertjes were being expertly cooked by Edith, Anouk and I chatted about living gluten-free here in the Netherlands. Their business was initially started because, as a newly diagnosed coeliac, Lisa was so disappointed at the quality of gluten-free brands available. I have to say, I agree. The Free From aisles in the supermarkets over here are generally limited to two brands: Schar and Damhert, both of which are expensive and still living in the 90s when it comes to gluten-free food. It’s a real shame because there are literally so many wonderful brands out there, but these two companies seem to have taken over lots of Europe, and those living gluten-free are expected to live with it.

Well not any more! Edith and Anouk were insistent that they only stock things which have passed their own high standards of taste, are gluten-free (obviously) and are healthy. Many of their products are organic as well, and so they are slowly building up their online catalogue. For them, the quality and the taste is of the utmost importance and I commend them for starting such a business which will definitely make a big difference to the many people living gluten-free in the Netherlands. 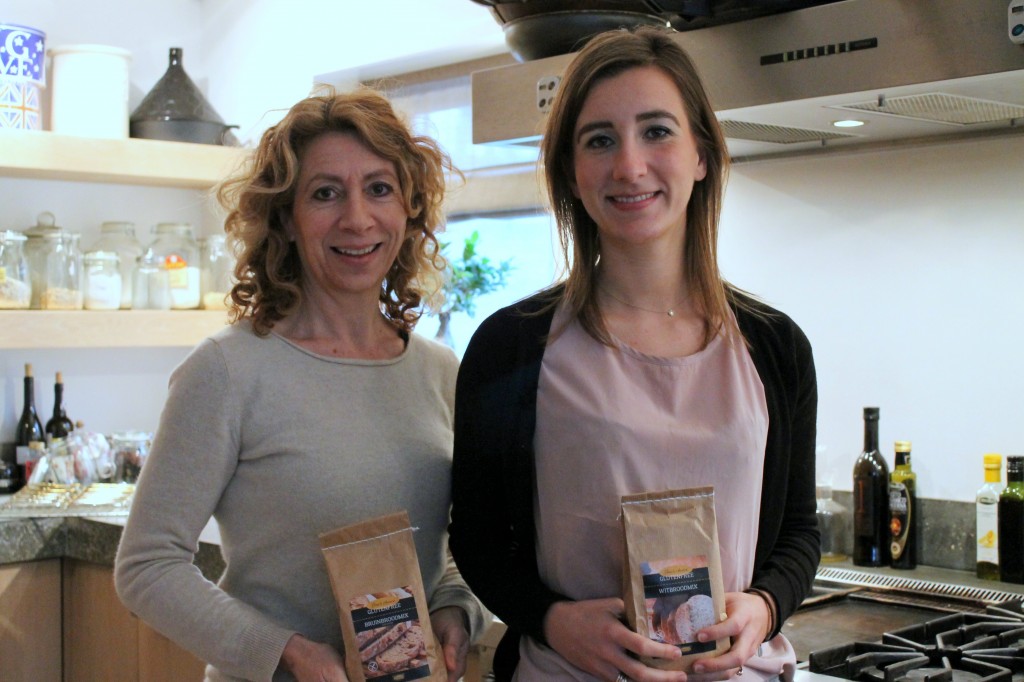 As we chatted, we swapped our favourite products. They gave me some samples of Farabella pasta (review to come later) which were absolutely delicious. Farabella is an Italian brand and I could tell by their enthusiasm that they absolutely love it. I tried the cannelloni tubes and despite having never made cannelloni before (and making a giant mess), I loved them! In return, I brought along some of Isabel’s Pizza Base Mix (but of course!). 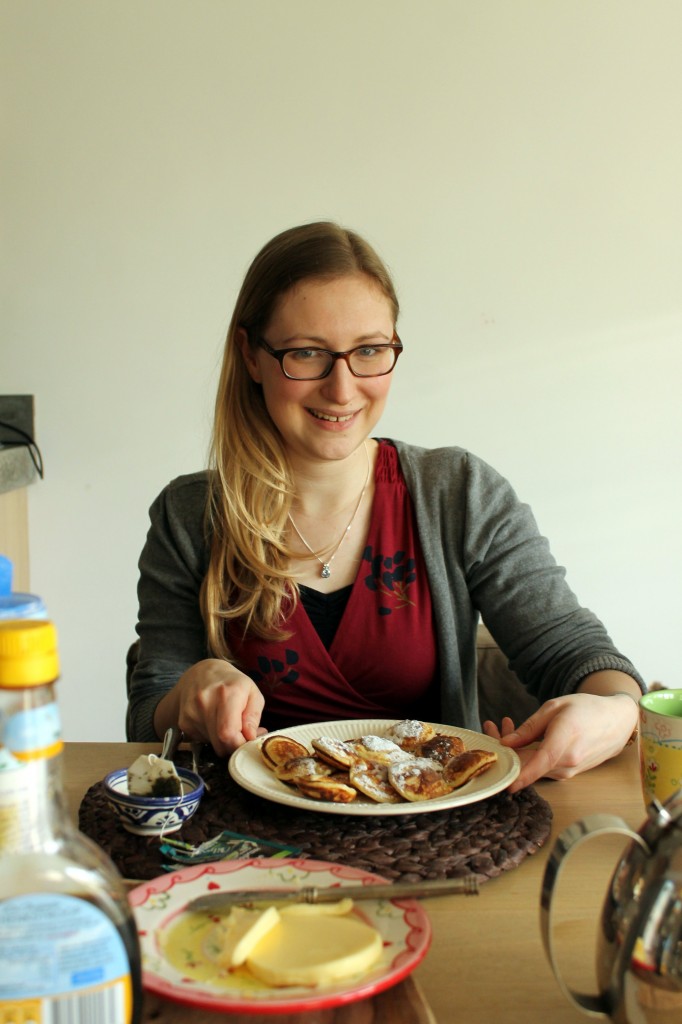 If you can’t tell, I was extremely poorly that day (I had been in bed all week), otherwise my smile would have been a mile wide. They were absolutely delicious, and all I can think about now is buying a poffertjes pan. Pancakes be damned! 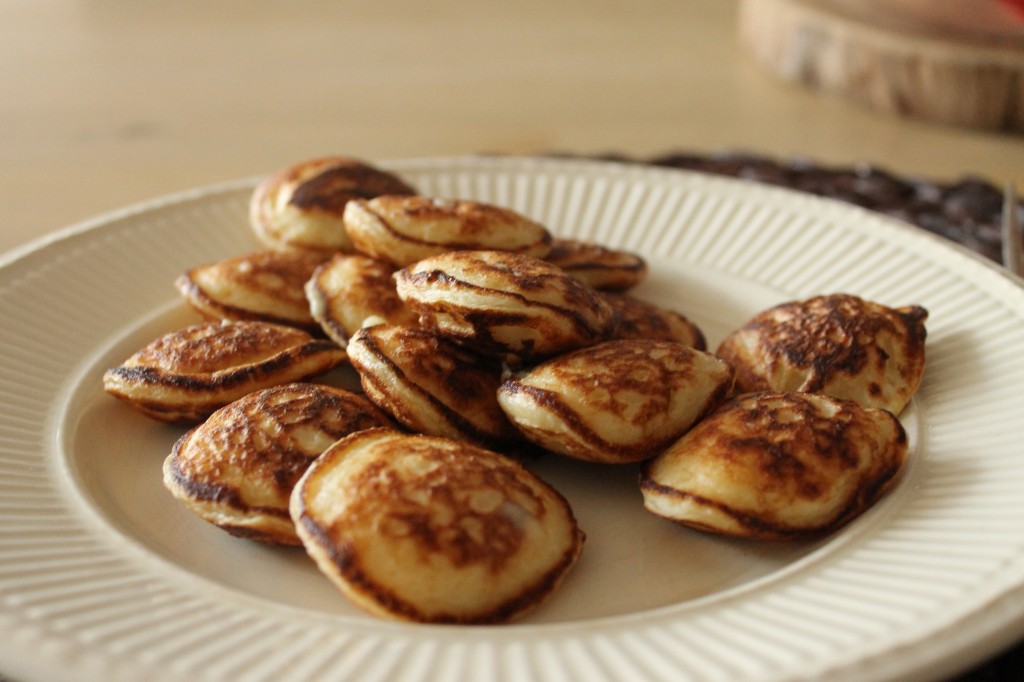 What do you think wins? Pancakes or poffertjes? 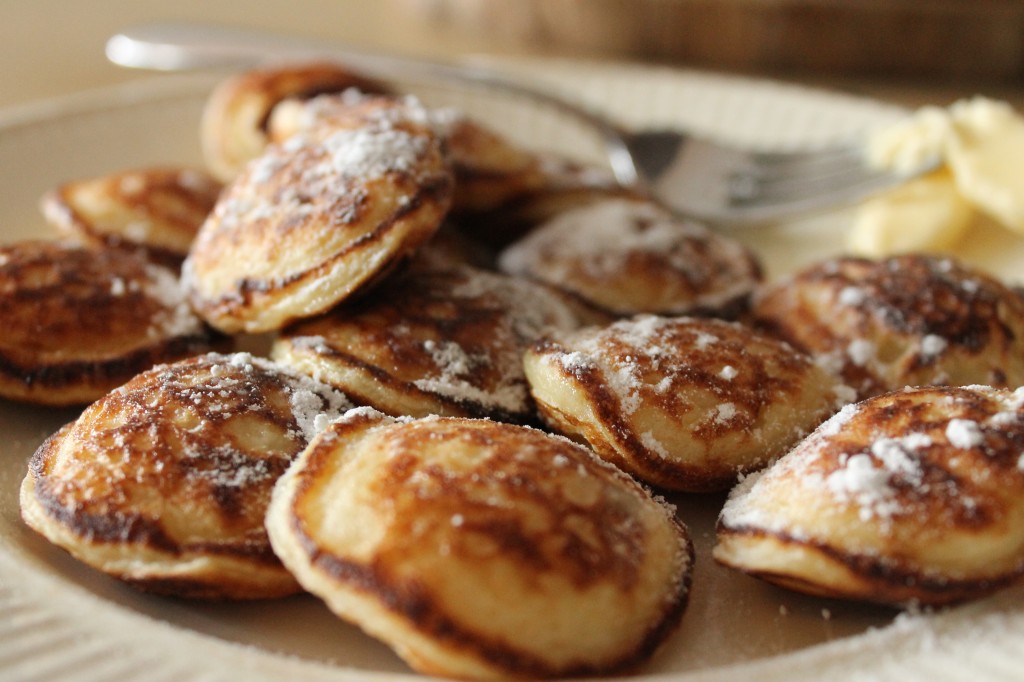 Poffertjes with icing sugar and butter!

It was such a wonderful experience to chat to Edith and Anouk and I would encourage everyone in the Netherlands to try some of their brands. For those used to the Schar products, their mixes are so much tastier and of such a high quality.