Over the last 6 months or so, since I’ve been living in the Netherlands, so many exciting gluten-free products have been launched onto the UK market. Helen’s (you may know their Brilliant Bread Mixes) has launched several new products recently, including a chocolate cupcake mix and a dessert crumble mix (review to come separately). 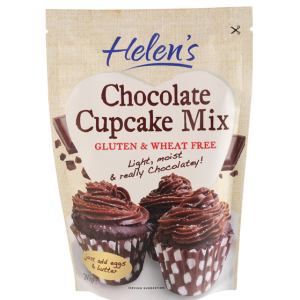 2013 was the year of the gluten-free cake mix, and you could say I’ve tried quite a few of them. The Helen’s mix was very easy to make up, you simply add eggs and butter with a little water and you have the batter done. 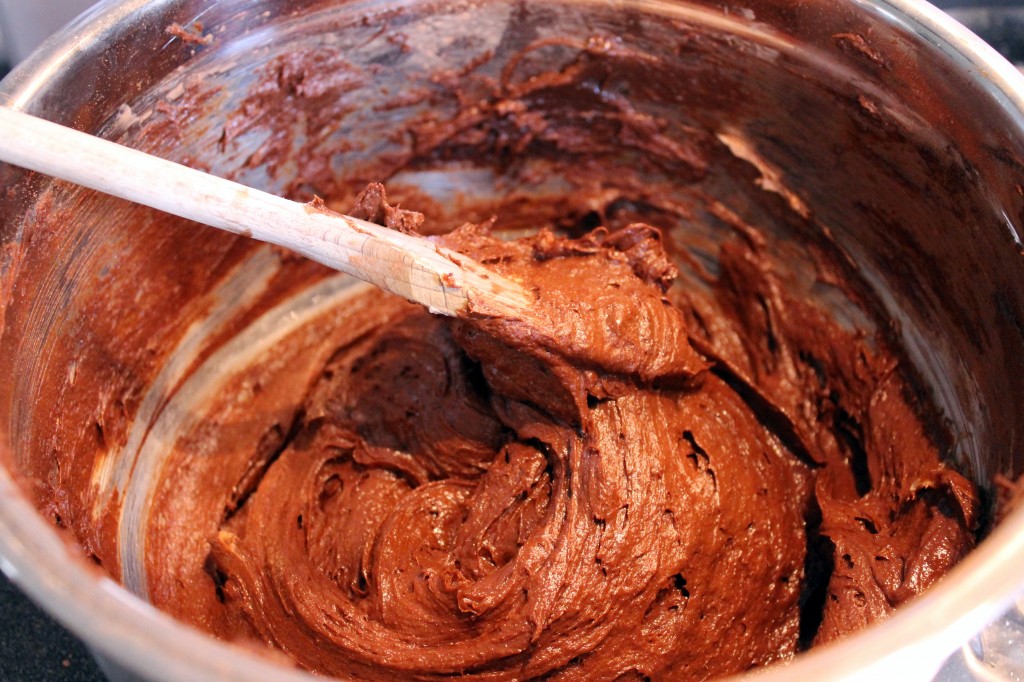 It really doesn’t require much in the way of baking knowledge or talent. Having said that, I managed to burn them in my oven – which has a tendency to cook at two temperatures: off or hot like the surface of the sun. Needless to say, I should have watched them a little more closely! 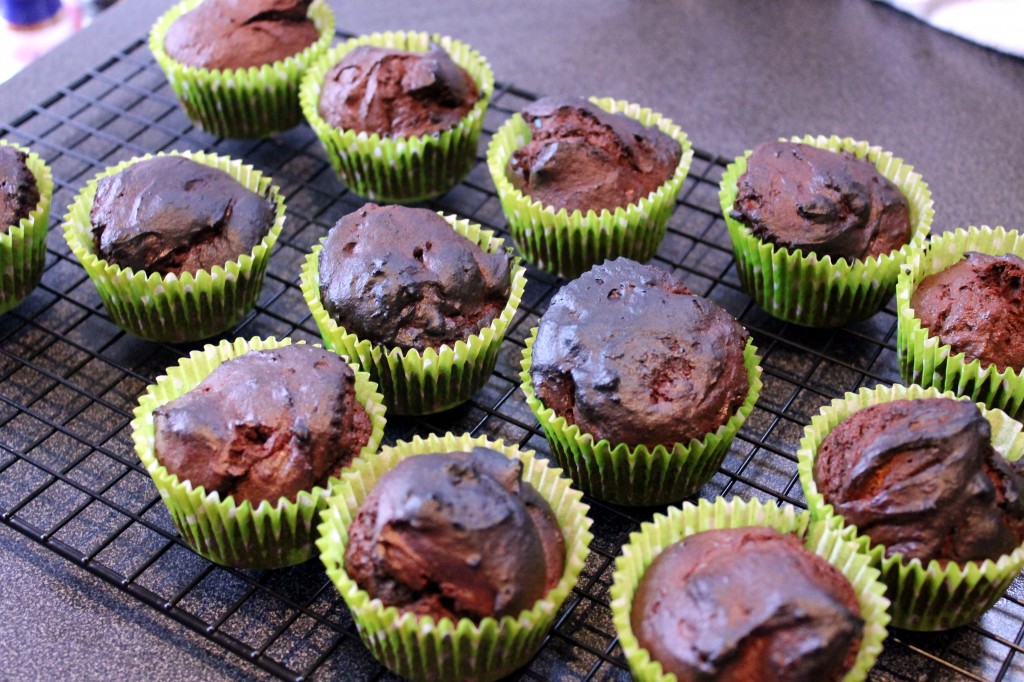 However, they certainly weren’t irreparably burnt, just a little black on top. Nothing that a bit of buttercream icing won’t fix! They really rose very nicely indeed, and made 12 good sized cupcakes.

Because I can’t just leave anything alone, I made up the chocolate buttercream icing, but added a few drops of peppermint, since I really love the combination of mint and chocolate. Did I mention I made these for my birthday, and therefore I can do whatever I want? 😛 (Yeah, my birthday was back in November, did I mention I’m a little behind on my blogging?) 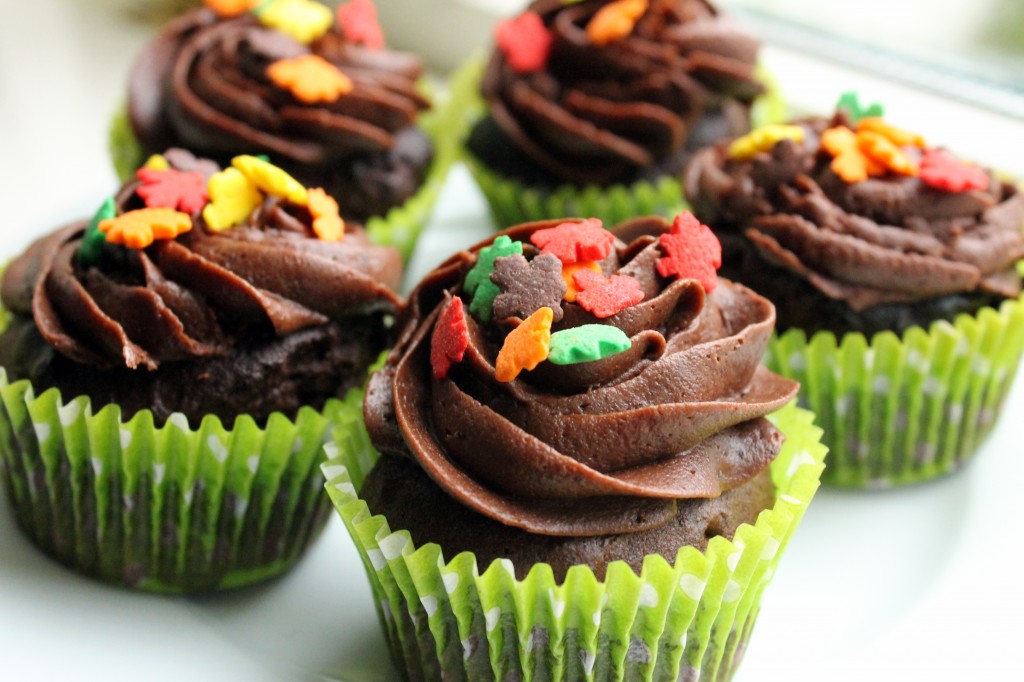 They were very chocolatey indeed and made a damn fine cupcake. Since it was my birthday, I took them in for my Dutch class in the evening. You see, in the Netherlands, when it’s your birthday, YOU have to bring in cake for everyone, not the other way round! My classmates were very appreciative, and for many of them it was the first time they had ever tried something gluten-free.

I was actually quite surprised at how much they enjoyed them and raved about them. I guess it just goes to show that in a lot of cases, people really can’t tell whether something is gluten-free, they just THINK it will be disgusting. Luckily this prejudice hasn’t extended too far, and now my class of 12 people have gone away thinking that gluten-free food is nice. 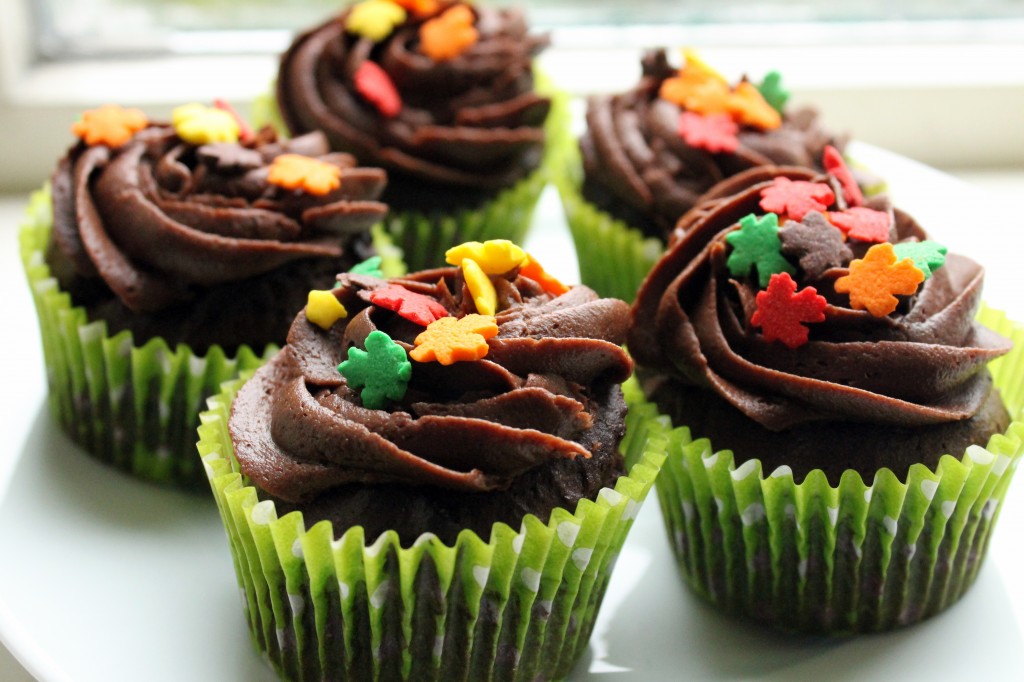