I’m generally a big fan of Honeybuns products, so I was intrigued when they announced that they were bringing out their own cake mix. Packaged in a cute little tube, the mix is decidedly different from other products on the market. 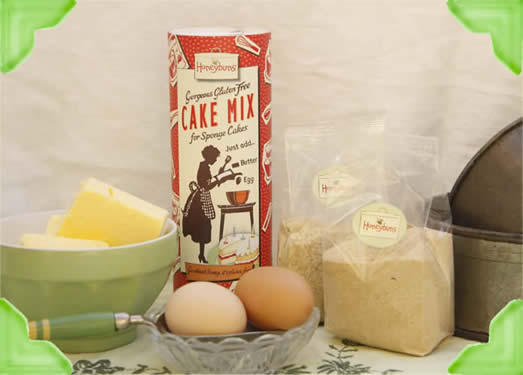 Typically, gluten-free cake mixes will contain a blend of flours including potato, rice, maize or buckwheat, sometimes tapioca. The Honeybuns mix is made from sorghum flour and ground almond, which will give the cake rather a different texture. In my opinion it is always worth using more expensive flours, unless you are serving cake to people you hate. And why would you do that? Don’t get me wrong, using the other flours can give you a very good cake (such as the delicious ones from Incognito Cakes) if you have a good recipe and use high quality butter/eggs. But there’s something about ground almonds in cakes that just calls out to a primal side of me or something 😉

They included recipe suggestions in the tube, but I decided to go for a chocolate cake of my own styling. Along with the butter and eggs to make up the cake, I melted some chocolate into the batter. It didn’t seem to do much harm.

I decided on a layer cake and make up some buttercream to go in the middle. Despite my obsession with buttercream, I thought it would be a bit much to then coat the entire thing with more buttercream, so I left it naked. 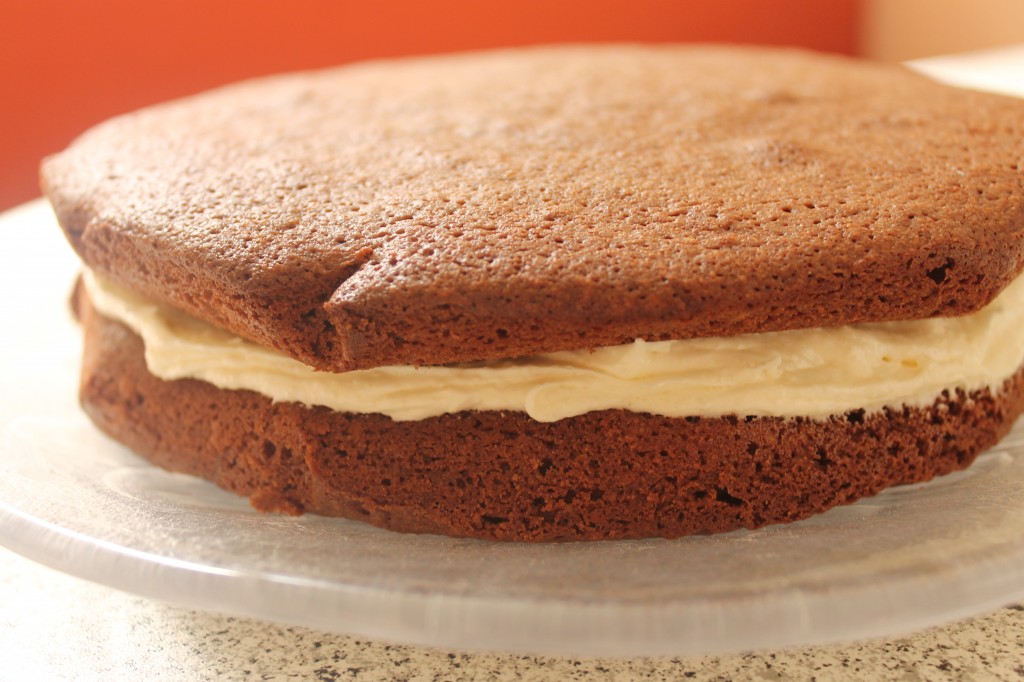 However, I’m not very good at leaving things alone and before the cake left the house it had blueberries and icing sugar on it. 😉

I made up the cake for a trip that me and my mum were taking to the Malvern Hills. We stayed at Gilbert’s End Farm, a beautiful B&B that offers a gluten-free breakfast. I can highly recommend it to anyone in the area – the owner was incredibly friendly and it was so peaceful there – a perfect antidote to the noise and pollution of London.

The evening we got there was beautiful, and we had a wonderful picnic in the sunshine. 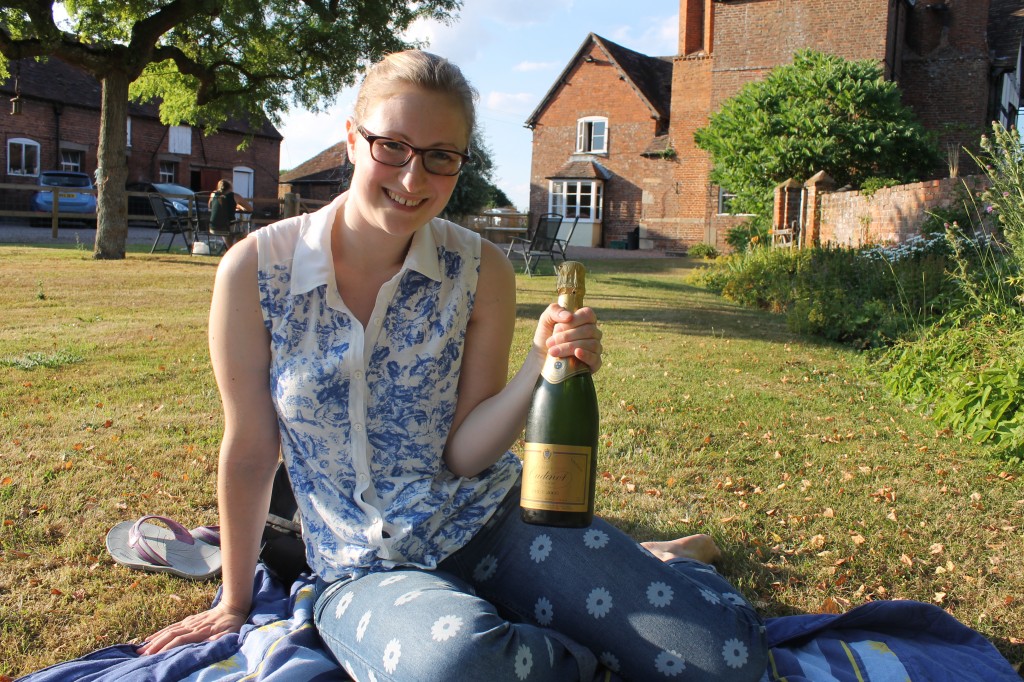 There’s something really wonderful about scoffing food outside, and now in the depths of September I’m starting to get a little nostalgic for summer.

But the cake – OH! the cake! It was gorgeous! 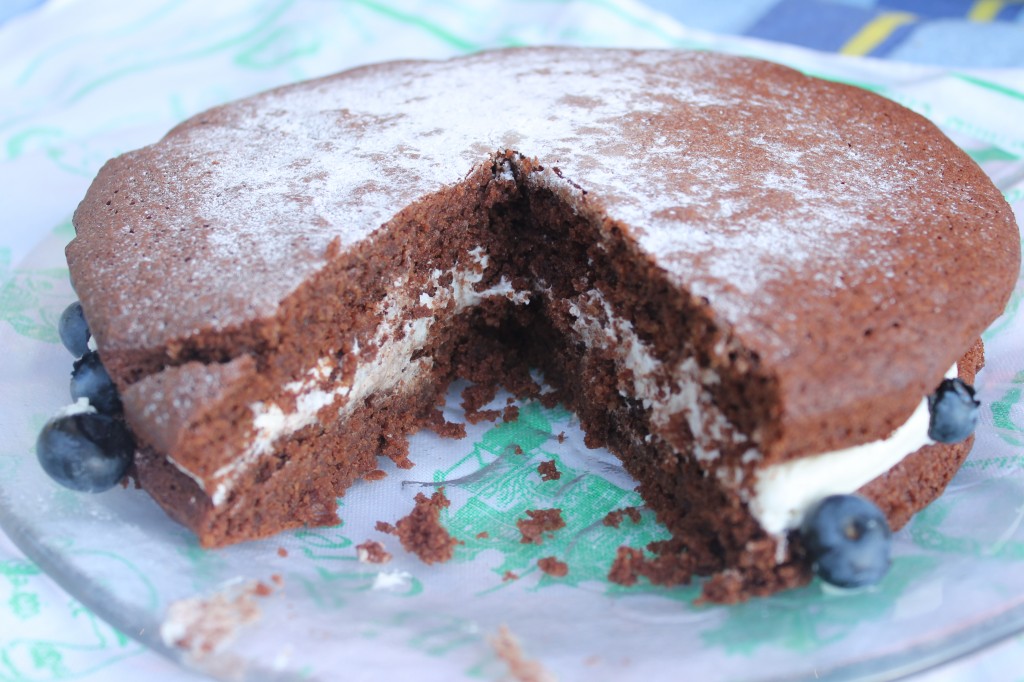 It was very moist and very rich. 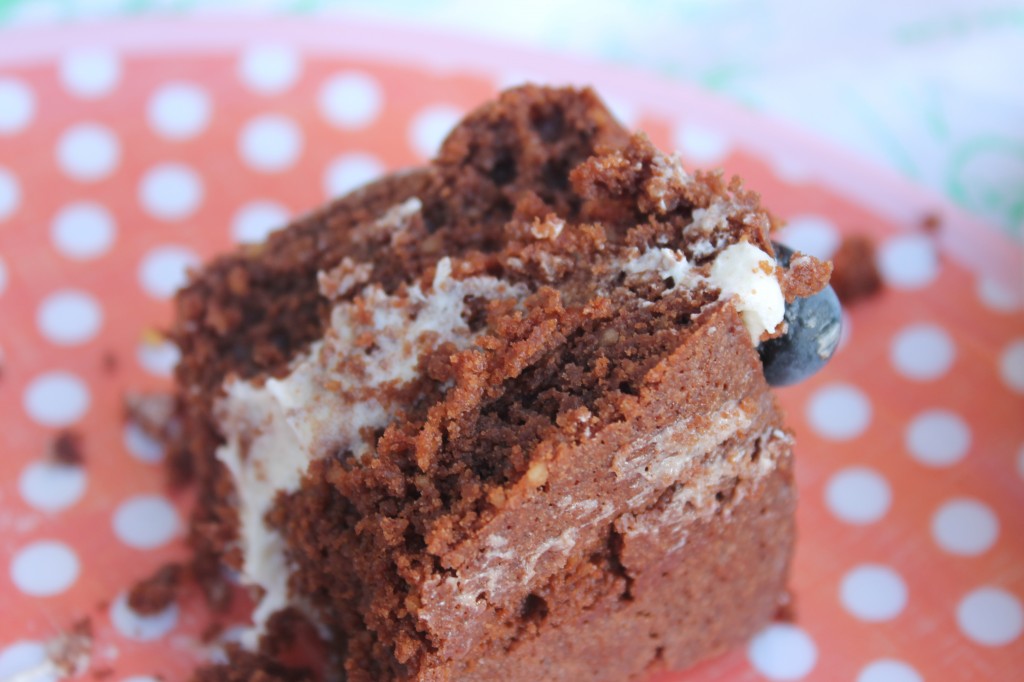 So rich in fact that we ate about a quarter of it and left it in our coolbag for the next day. Or so we thought.

This is buddy, the resident dog at Gilbert’s End Farm. 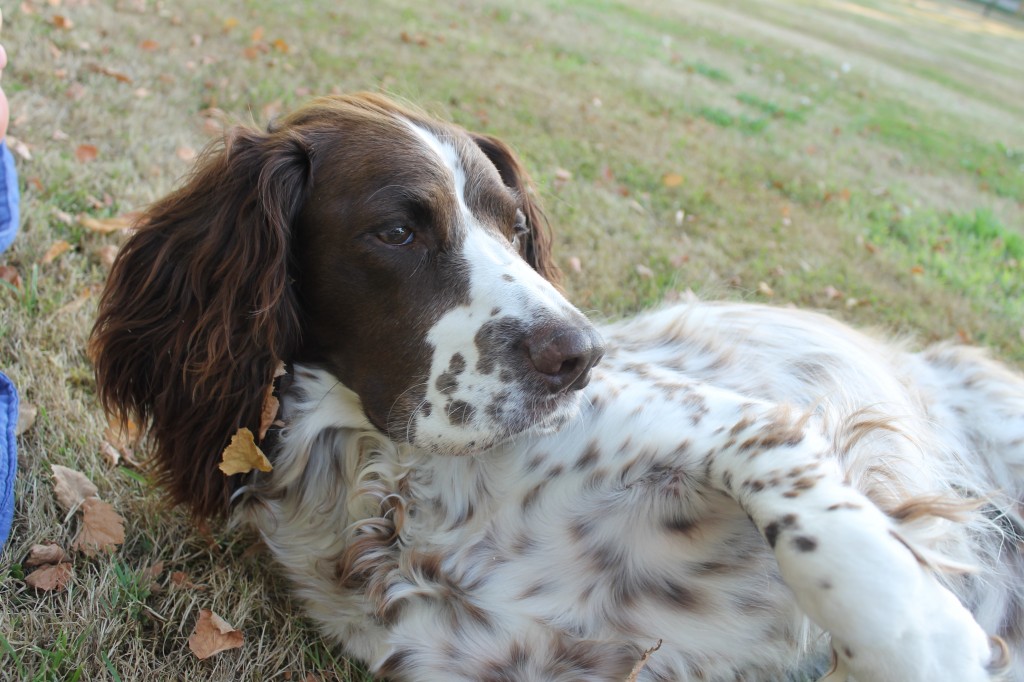 During our picnic he edged closer and closer to us, until his nose was just on the edge of our picnic blanket. Not wanting to spoil another person’s dog, we did the responsible thing and refused to give him any of it.

The next day, after we got back from a pleasant day’s wandering around, we thought it would be a great time for some more cake. This is what we faced when we opened the coolbag: 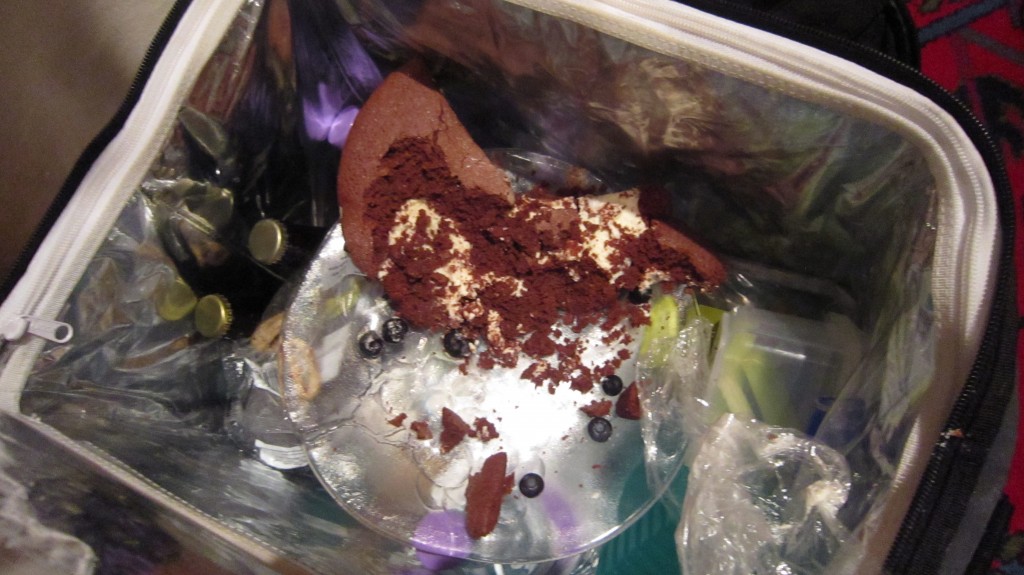 We were confused – how did it get so smushed up just sitting in the bag? Then we realised that most of the cake was gone – not just smushed – and there was slobber on the bag where the zip hadn’t been closed fully.

Yes, sweet innocent Buddy had snuck into our room when it was being cleaned, and through a slightly open zip demolished almost the entire Honeybuns cake! 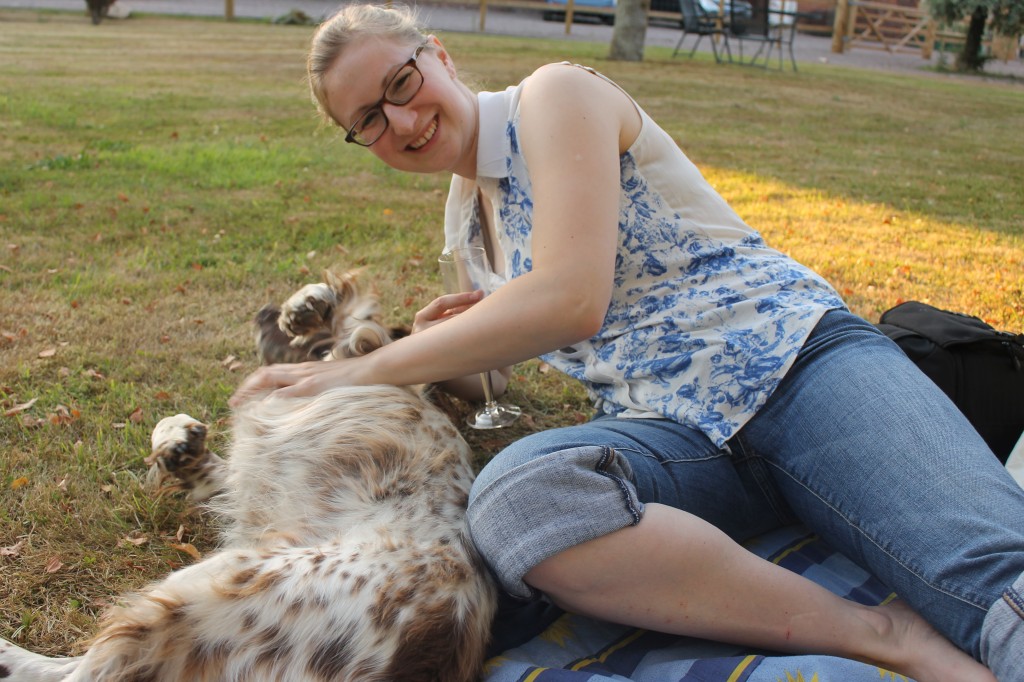 His punishment shall be… TUMMY TICKLES!