Many thanks to my mum, Kirsten, who is also a coeliac, for her review of this restaurant during a recent trip to the Lake District.

Holidaying recently in Cumbria we went looking for petrol and ended up in Glenridding, a village located at the southern end of Ullswater, and asked the helpful assistant if he knew of an informal but good place for dinner. Somebody behind us in the queue responded first and that is how we ended up at the Yanwath Gate Inn. We had been told of countless awards and even a visit by the Queen, some of which turned out to be true (it had indeed won Cumbria Dining Pub of The Year in 2007, 2009, 2010, 2011, 2012 and 2013).

We booked an early dinner (everyone eats early further north!) on account of having had no lunch so were ready to eat when we arrived. It is a typical cosy pub/diner with interesting local ales on tap (which we sadly didn’t sample). The menu was comprehensive but not overwhelming with a good selection of Today’s Specials along with a large Tapas menu. My other half settled for crab meat and sweetcorn bisque to start with followed by bouillabaisse (he likes fish!), which looked stunning and tasted good as well, I was told. 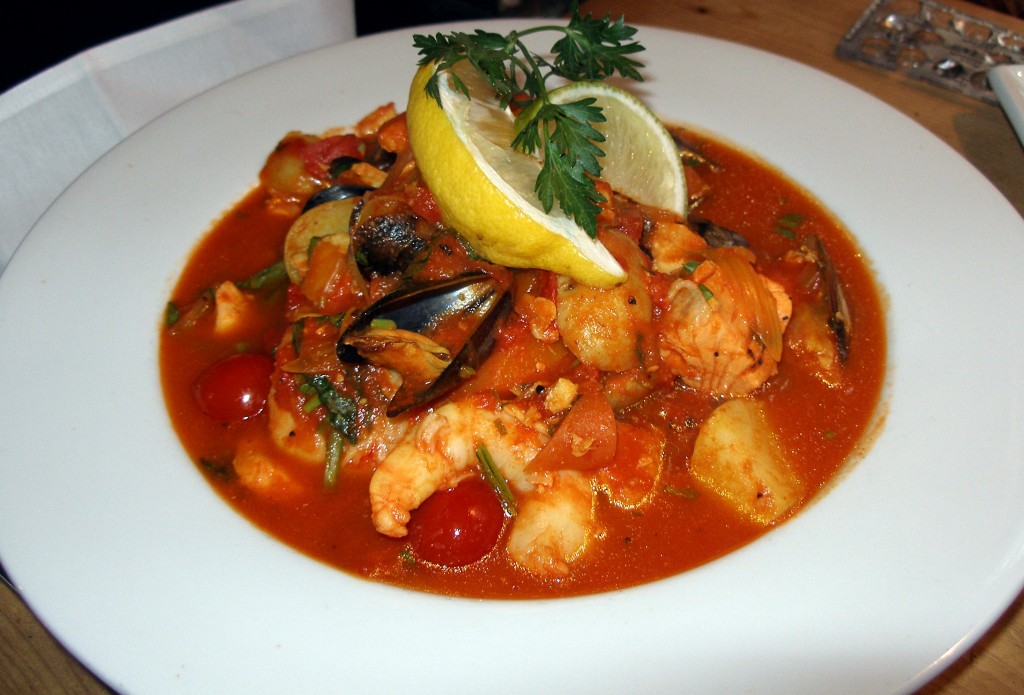 I did my usual “I am a coeliac, could you advise me which dishes are safe for me?” only to be told that they used very little flour in their cooking as the chef himself is coeliac. You could have knocked me down with a feather! I chose squid in chilli with rocket and parmesan from their Tapas menu, which was cooked perfectly and quite hot, although the portion could have been bigger when you look at the price. For seconds I finally settled on haunch of venison with wild mushroom jus and polenta fritters, which was very tasty indeed, although why they asked me how I liked the venison cooked is a bit of a mystery, as the venison came in thin slices so ‘medium’ was a bit of a non-event. However, I was prepared to overlook that as the dish was gluten-free – pathetic isn’t it? 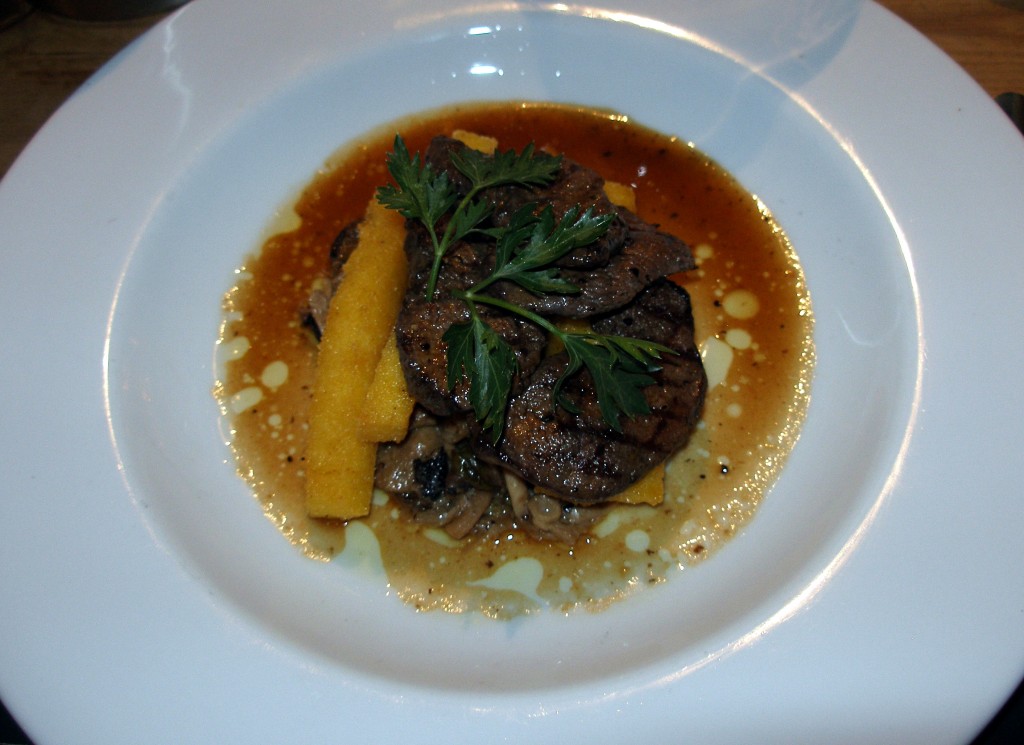 I usually skip dessert for any number of reasons but was tempted to have a look and found that I had a choice of 3 desserts! – crème brulee with 2 types of biscuits – cheese cake with passion fruit – panna cotta with beetroot brownies and chilli chocolate sauce – all gluten-free! I chose the latter which was a good choice: moist and sticky brownies, panna cotta exactly right, but very little sauce so it didn’t really stand out. 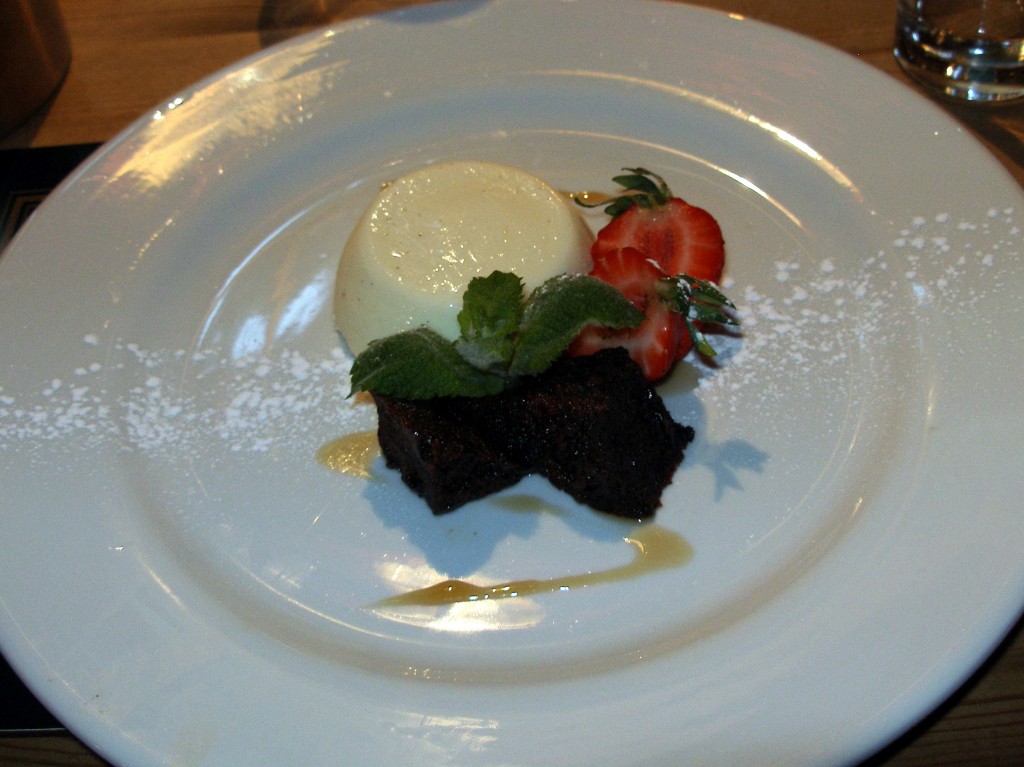 Overall, we both thought it was a very good meal and wouldn’t hesitate to go back (which we did!). They could have got higher marks if the venison had been how I asked it to be and my other half thought that the bisque, although very tasty, was a little on the thin side, but that could just be a personal preference. They were extremely friendly and helpful and we hope that the full holiday season brings more customers than we saw.