Veronica is a Cork Mum who wanted to develop healthy snacks for her kids (and adults too), and has succeeded, Veronica’s Snacks are low in salt, low in fat, no trans fats, no MSG/GMO and they are also gluten-free, they are 60% less fat compare to fried crisps, our 23grm bags contain only 96 calories.

This all sounded rather excellent, so I couldn’t wait to dig in. Each flavour comes in a small 23g bag or a larger 85g bag. The larger bag is intended as a “share” bag, I believe, but very little sharing was done. 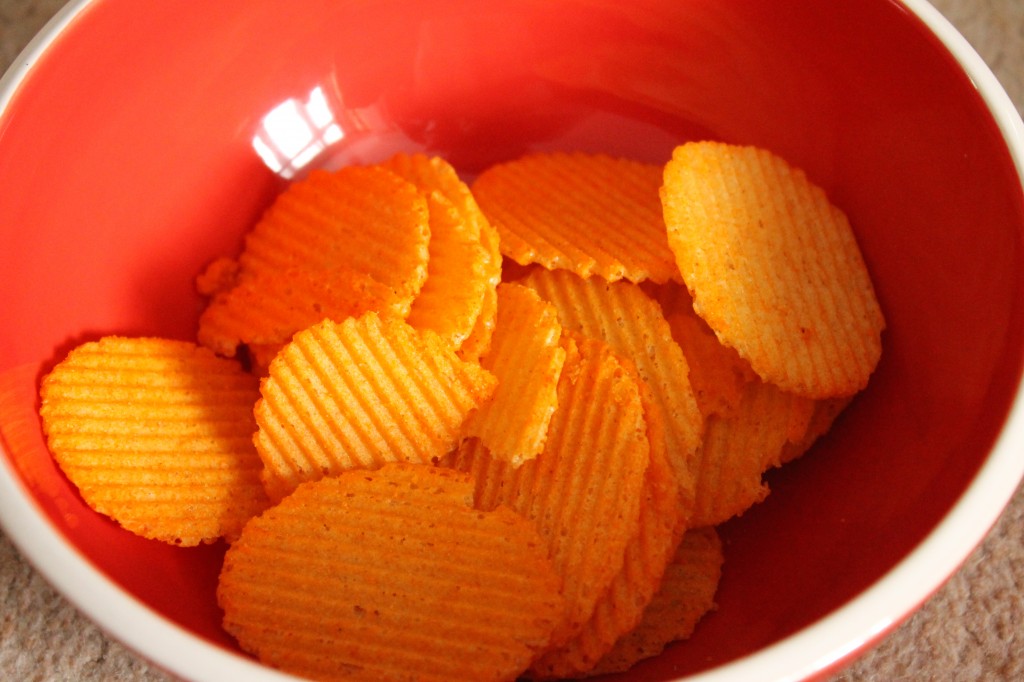 I only put them in the bowl for the photo’s sake, I wouldn’t want you thinking I’m the kind of person who can put a few in a bowl and not eat the whole bag.

Rather than being made up of sliced potatoes, they are made with potato starch and potato flakes, giving the “crisps” a lighter taste. Imagine a Pom Bear but less greasy and without that popping sensation on the tongue (or is that just me?). They have what the food industry calls a good “mouthfeel” which is probably why I shoved so many into my gob as if bracing myself for the Dutch famine.

(Side note: the Dutch famine actually led to the discovery that gluten causes coeliac disease, so we should all be very thankful for it. But I’m not so sure it was that fun for them.) 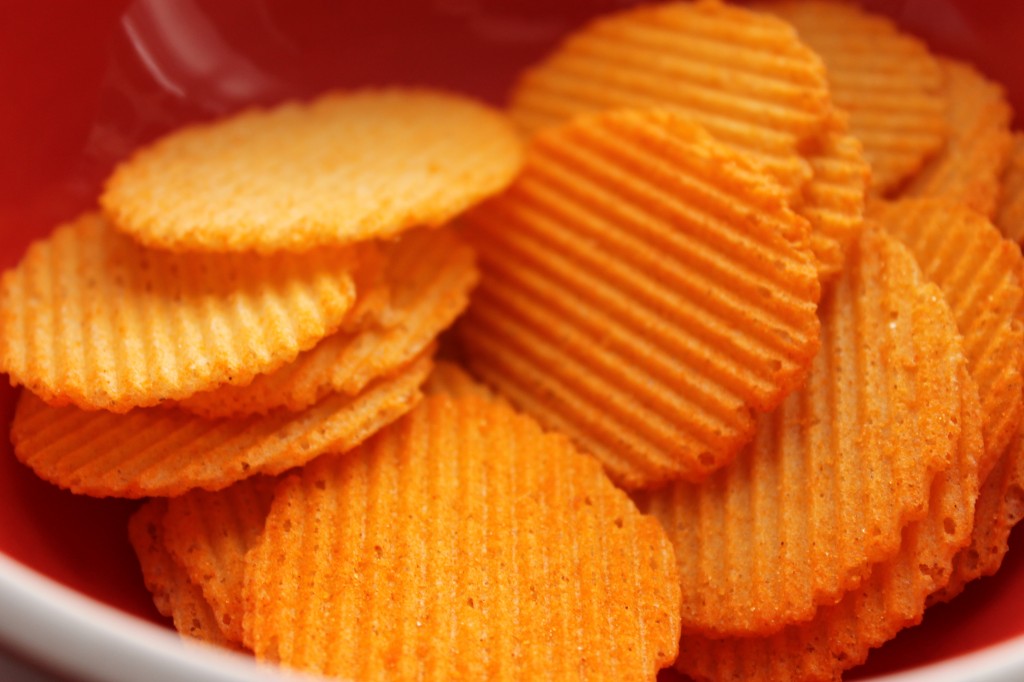 I was expecting the veggie crisps to look different for some reason (I think I envisioned those posh parsnip, beetroot & carrot ones). They looked largely the same, but were different colours, being flavoured with carrot, beetroot, spinach and broccoli. They tasted very nice actually, and I think I preferred these to the potato ones. Apologies that I didn’t seem to take any pictures of the veggie ones. They must have gone down too fast! 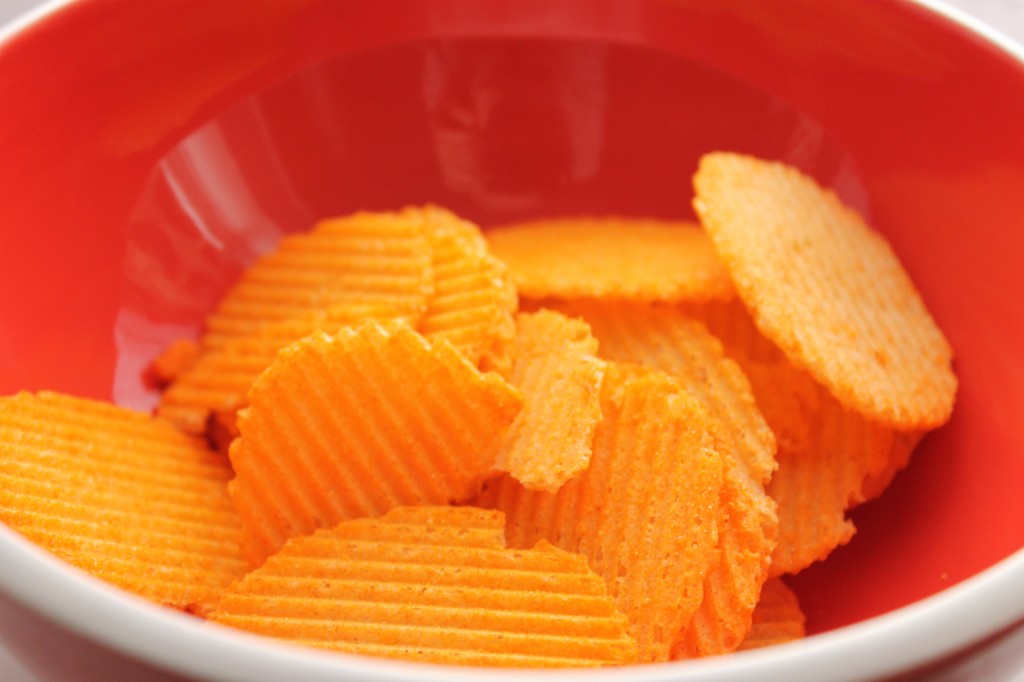 Yeah – there are only so many pictures of crisps you can take, really.

All the flavours were really nice, and I’d be hard pushed to pick a favourite. The sour cream & herb one was quite similar to the that Pringles flavour (sour cream & chives?), only without the sickly aftertaste.

Overall, a great addition to the gluten-free snack market, with bright, modern branding. They are currently available on Amazon.co.uk, Harvey Nichols and hopefully soon to be rolled out in Tesco! (The Amazon prices below are for bulk buys, before you balk at the prices!)

But wait! There’s a giveaway!

Yes, that’s right… Veronica’s Snacks have very kindly given my readers the opportunity to win a hamper full of their crisps! This competition is open only to residents of the UK and Ireland. 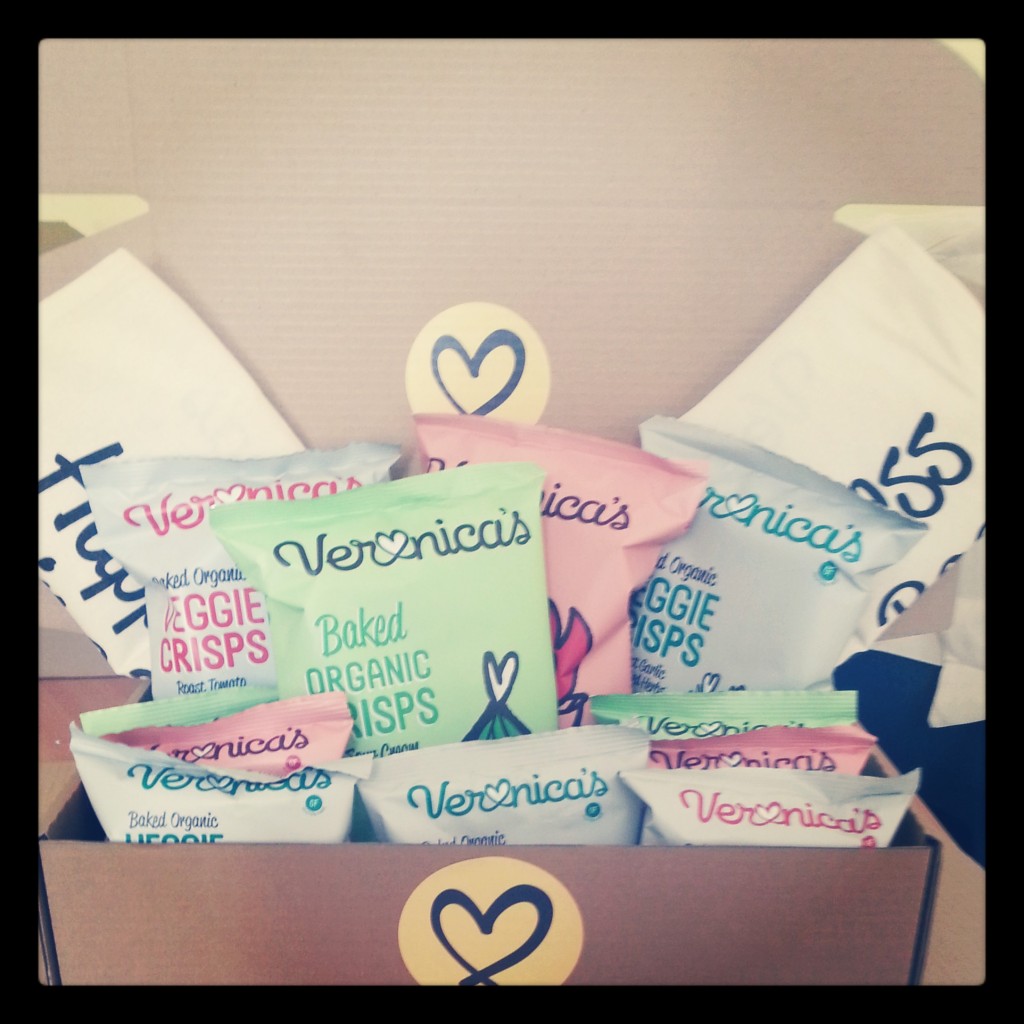 All this could be yours!

To enter, simply comment below on this post with your suggestion for their next new flavour. It’s as simple as that! The winner will be decided by myself and Veronica’s Snacks. Closing date for comments: Midnight 14th July 2013.