Perk!er might just be the happiest and friendliest brand on the gluten-free market right now. I was first introduced to them at a gluten-free  “Tweet up” when I got to sample their brownie – and boy was it good!

Unfortunately as I am sensitive to avenin (the gluten-like protein found in pure oats), I have not been able to sample many of their delicious-sounding porridgey products. But when I went to say hi at the Allergy Show in June, the founder, Ann “Perk!er” Perkins told me very excitedly that they now have an OAT FREE porridge. Swoon! I nearly fainted when she gave me a pack to review. 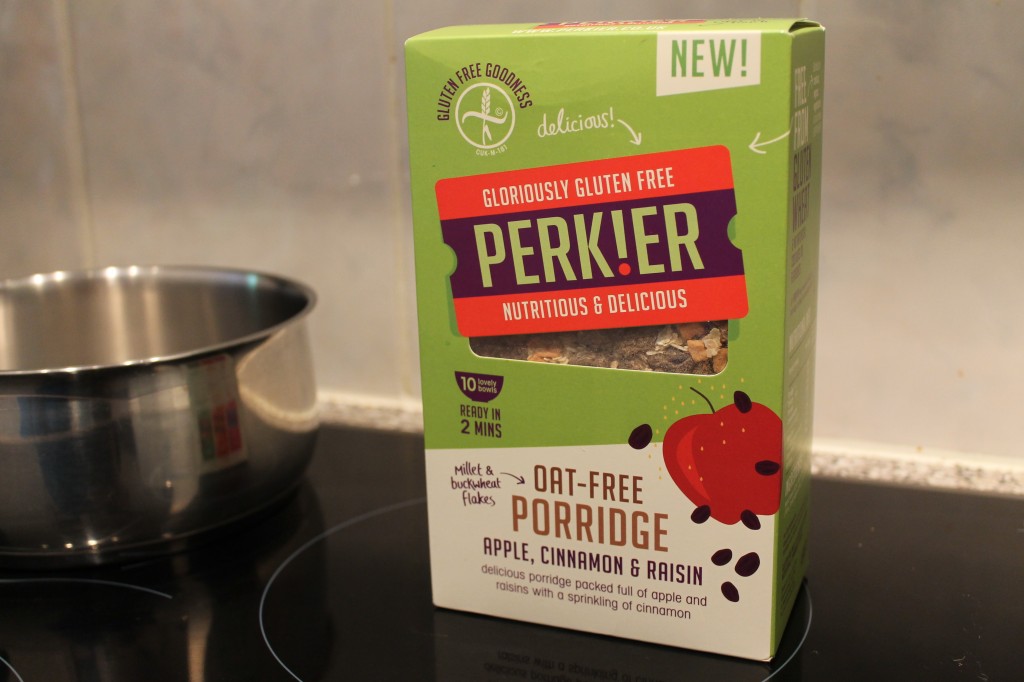 Made with millet and buckwheat flakes, it was never going to taste just like oats, cos you know, they aren’t oats. Buckwheat has a distinctively nutty flavour, but with careful balancing of ingredients it doesn’t have to be overpowering.

I made it with coconut milk, but it can of course be made with whatever milk/dairy-free milk you choose. 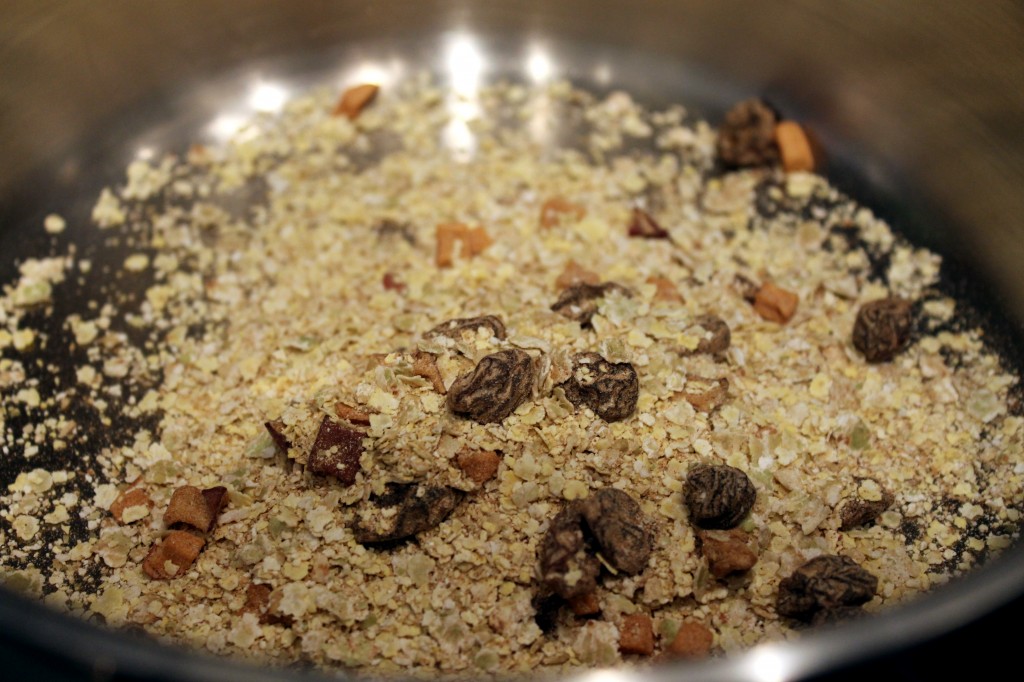 It has a finer consistency than regular porridge oats, which may not necessarily be a bad thing. 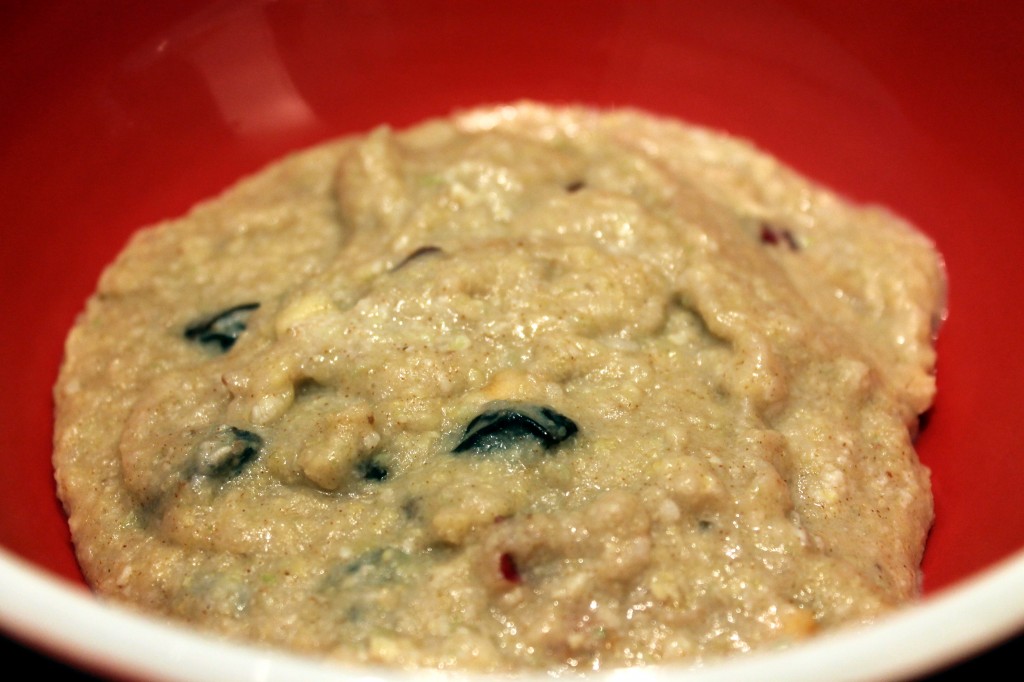 There was just the right amount of fruit in there, and the cinnamon gave it a great flavour. The buckwheat was not overpowering, they have got the balance of buckwheat and millet just right. 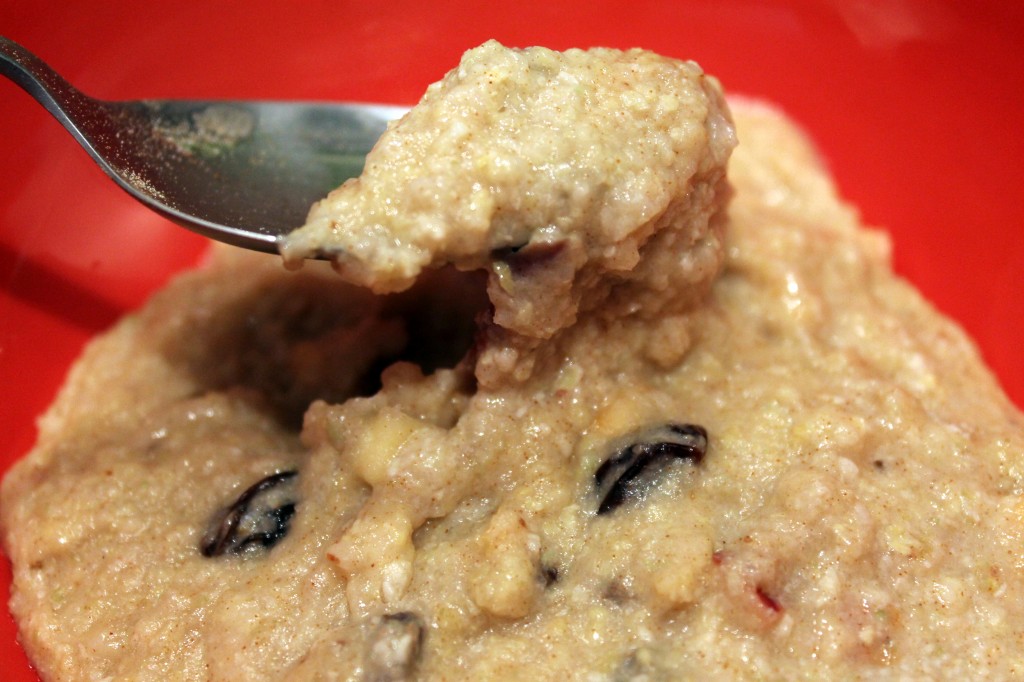 As a porridge, it’s certainly a very respectable alternative to gluten-free oats and I can see myself tucking into this in the winter especially. At £3.99, it’s a little on the steep side, but you do get 450g which amounts to about 10 porridge portions.

But the absolute best part? 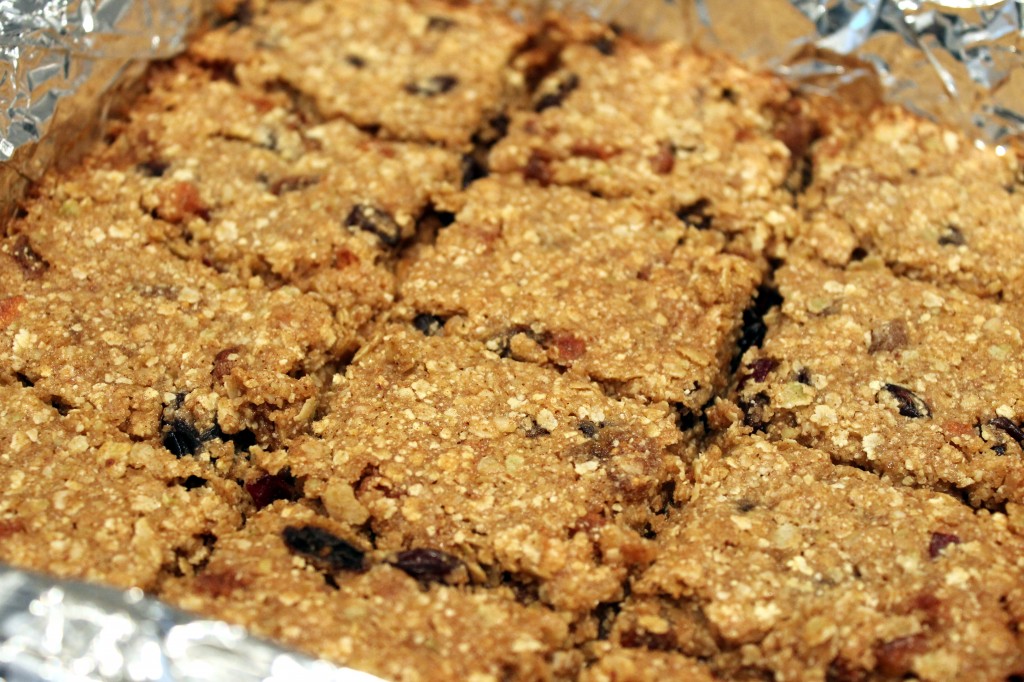 You can also make flapjacks with them! Using this recipe from the Perk!er website, I successfully made and ate my first flapjacks since going gluten-free! Yes, even more than 2 years into my gluten-free journey, there are still times for firsts. 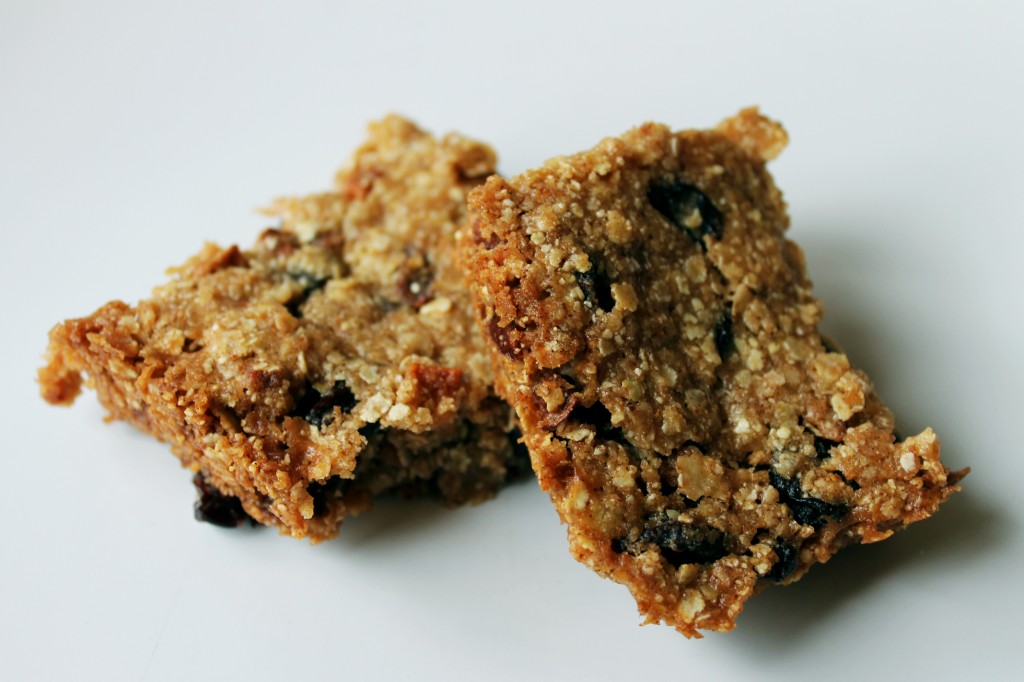 Thanks, Perk!er, for acknowledging the existence of us oat-free coeliacs! The porridge is available on Amazon.