Due to the fact that I cannot eat even gluten-free oats, I have to delegate my oat-reviewing to others. Very luckily the lovely Carly from Gluten Free B selflessly agreed to taste these Frank Bars for me and write a guest post. Scroll to the bottom for the giveaway.

The new kids on the allergy-friendly ‘snack bar’ block are proving very popular among the dairy, nut and gluten-free sets, but are they everything they seem to be? They are strongly marketed as a ‘healthy alternative’ – and as an alternative to a chocolate or cereal bar. All flavours do well on this front – providing a nice chocolatey hit, whilst being low in calories and satisfyingly filling. The texture is unusual – somewhere between a heavy, dense brownie or a slightly softer biscuit, topped in a dairy-free ‘chocolate’ coating – but it’s this chewy quality which gives the bars appeal and a ‘satisfaction factor’ compared with similar alternatives on the market. 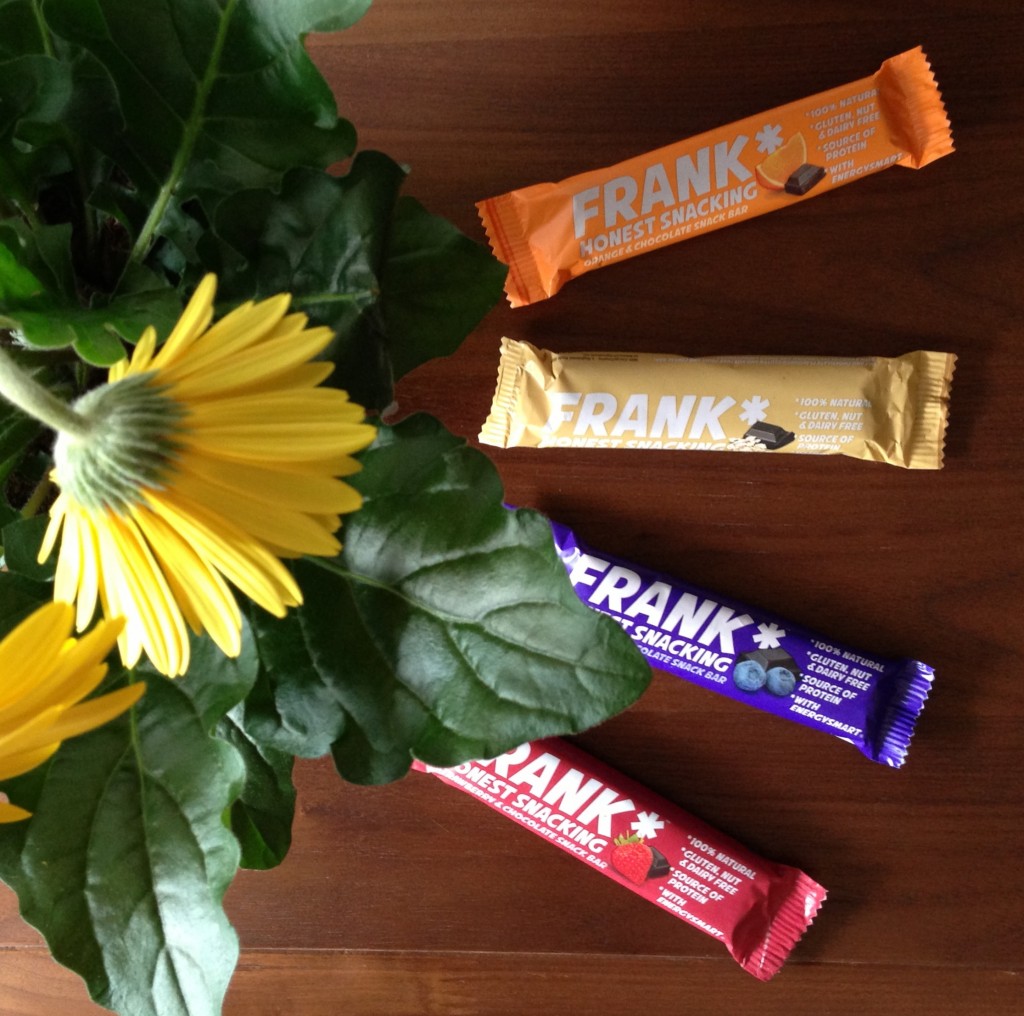 Frank bars are marketed as ‘Honest Snacking’, but I felt that lurking between the bright packaging was a slightly confusing story. Firstly, whilst only one flavour loudly proclaims ‘oats’ on the front of the packaging, all in fact contain gluten free oats in the ingredients, meaning they are not suitable for all coeliacs. They also boast the enigmatic trademarked ingredient ‘Energy Smart’ and it’s not clear from the ingredients list what this actually is. Investigation shows that this is “a combination of naturally occurring sugars and specially developed medium-chain carbohydrates”. (http://www.advancedingredients.com/energysmart.php) which sound a little bit less than natural to me. That said, it’s most likely what makes these satisfying without tipping my calorie limits too far.
All in all, a great snack to have in your pocked when on the move, or to tide you over until dinner time. Just make sure you are happy with the ingredients list.

Strawberry – I was expecting the flavour of chocolate dipped in strawberry, but the flavour wasn’t very strong at all. Sweet, but not artificially so; mostly rich from the cocoa.
Orange – a much more pronounced flavour. Clean and sweet with a punch of cocoa after the orangey hit. My favourite of the selection.
Oats – misleading as they all contain oats! The only one not to have the chocolate base. Not as much flavour as the others and much drier in texture. Tastes of, well, oats (as you would expect) but not *unlike* cardboard!
Blueberry – strong berry flavours and quite sweet, which on inspection of the ingredients has been enhanced with pear juice. Very tasty. 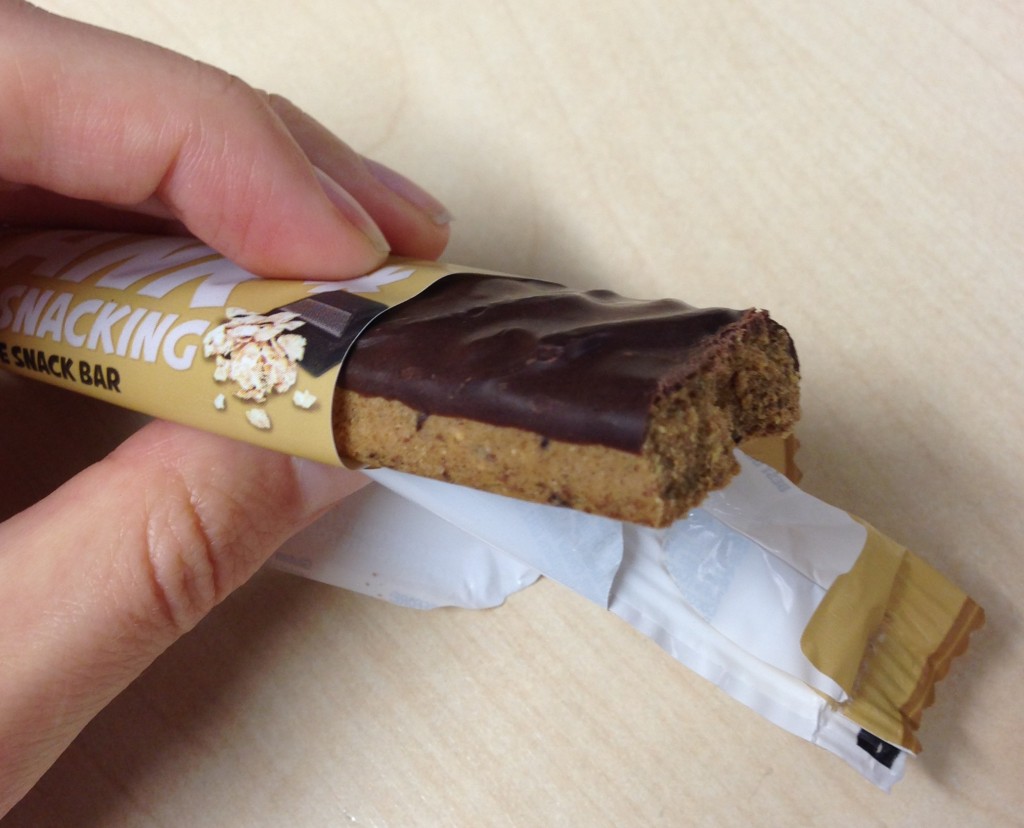 NB: Frank Bars do also do a chocolate flavour but due to a “misunderstanding”, this was half eaten by my boyfriend before I could send them over to Carly. He said it tasted “a bit like a brownie”.
Thanks again to Carly for tasting them and don’t forget to check out her blog, Gluten Free B.

Yes, two giveaways in two weeks! It’s like Christmas over here at The Happy Coeliac. To be in with a chance to win a selection of Frank bars, leave a comment below saying what flavour they should do next! Entrants must be based in the UK. Comments must be made by midnight on Sunday 21st July (BST).