Dried gluten-free pasta is a bit of a mixed bag (har har), varying in quality from dire to great. My go-to pasta tends to be the Waitrose own brand gluten-free fusilli or spaghetti, which I find to be very tasty and barely noticeable as gluten-free.

Up until recently, finding fresh gluten-free pasta in the UK has been impossible, unless you want to brave making it yourself. And why not? If you’re up for a challenge, it can work quite well! But it’s also messy, time-consuming and kind of a hassle.

Luckily Dell’Ugo have recently launched the UK’s first fresh gluten-free pasta in 3 varieties: tagliatelle, penne and chickpea fusilli. Furthermore all three are also egg and dairy-free! I couldn’t want to give them a try.

They all cook in about 5 minutes, require just a rinse under the tap and are ready to go with whatever sauce or toppings you like. Easy peasy. 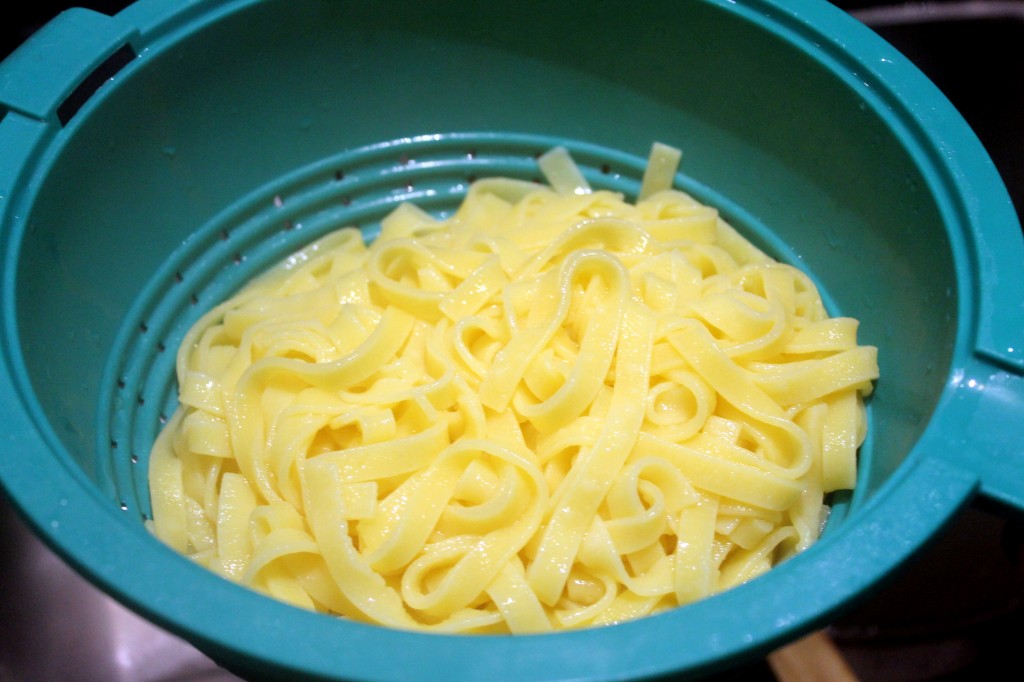 This was my absolute favourite of the three! It’s been so long since I’ve enjoyed tagliatelle and the flavour and texture were just perfect. I doubt anyone would notice if you didn’t tell them it was gluten-free. It contains just three ingredients: corn flour, water and rice flour. 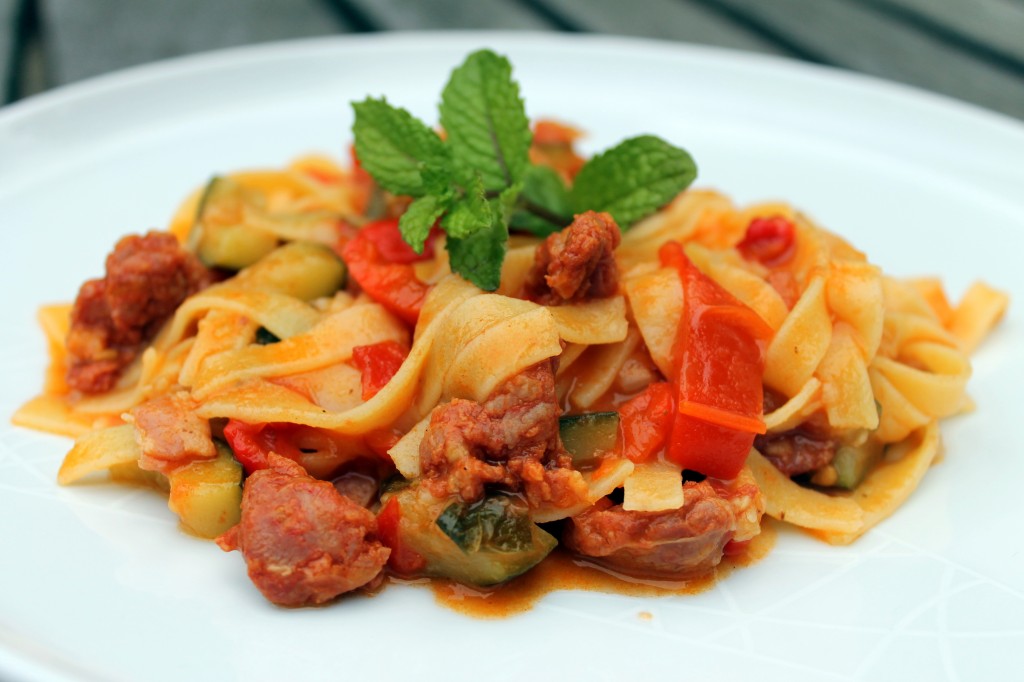 For those interested, this dish was made using chopped tomatoes, cooking chorizo, courgettes and peppers. 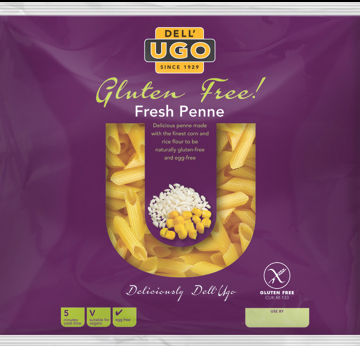 This is made with the same recipe as the tagliatelle, so has more or less the same flavour and texture, although the shape of the penne gives it a little more bite, I think. Gluten-free penne is everywhere, so I was less excited about this than the tagliatelle, but the difference between the dried and the fresh pasta is amazing! 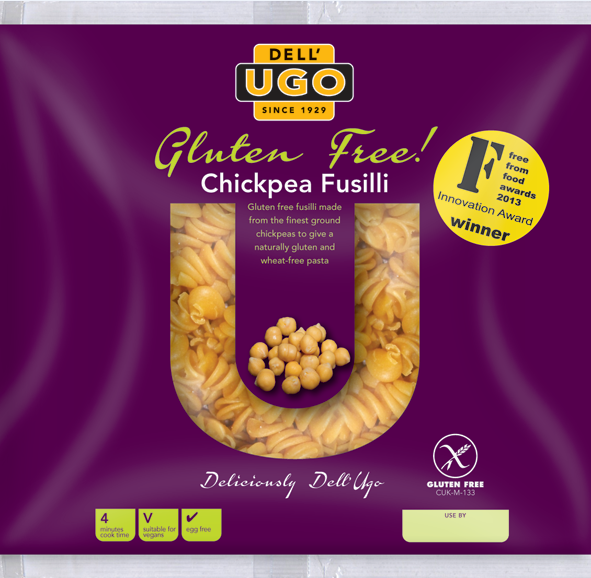 I’m still on the fence about this pasta, made with just chickpea flour and water. It was a little heavy and nutty for my taste, but I think it would be perfect in a cold pasta salad. Don’t get me wrong, I love chickpeas, but I’m not convinced the pasta works just made from chickpea flour. But it holds together very well and has a good bite to it. It is also very filling.

A fantastic entrance into the gluten-free market from Dell’Ugo! At £1.79 per 300g (enough for two people) they are more expensive than dried gluten-free pasta, but encouragingly only a touch more expensive than Dell’Ugo’s normal pastas, e.g. the basil tagliatelle which is £1.49. They taste wonderful, although the chickpea fusilli might be more of an “acquired” taste! 😉

They also freeze well, and although mine got a little freezer burn it didn’t affect the taste.

Available to buy at Waitrose and Ocado (tagliatelle to be rolled out soon – it doesn’t look to be currently available online).