No, believe it or not I still have not yet come to the end of my New York reviews! Once I do, I’ll put them in a big bumper post for easy access but for the moment I am here to review Pala Pizza, a pizza place in New York’s East Village.

Full disclosure: that day I was celebrating Holi, which may or may not have involved drinking large amounts of wine, so by the time I got to dinner I was distinctly tipsy. 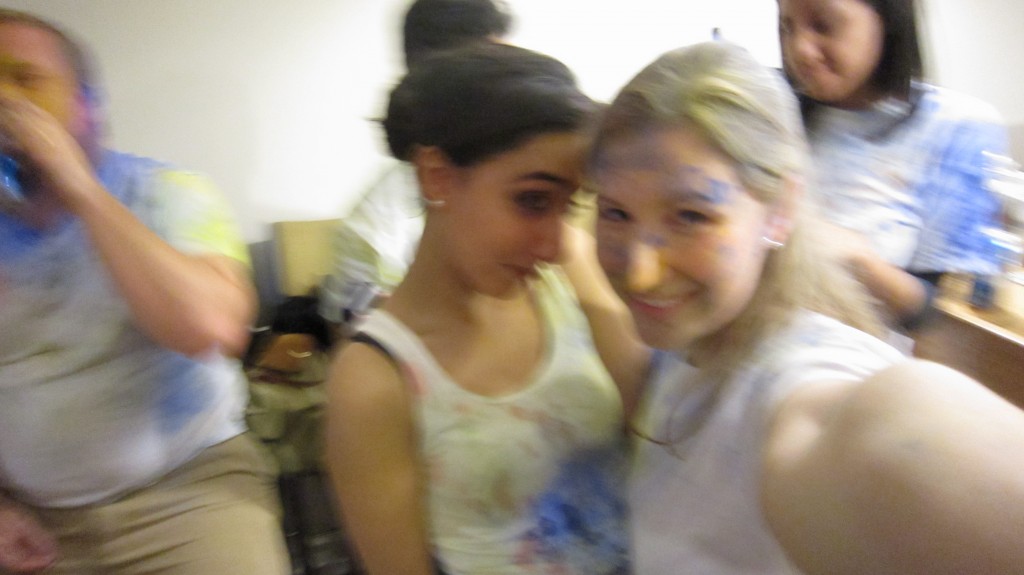 Hence, no notes were made, and thus I’m afraid this review will be distinctly sketchy on the details. Apologies, dear readers.

Pala Pizza is known for being coeliac friendly and they have an entire gluten-free menu to choose from (also includes vegan options). I can’t for the life of me remember which one I chose, but you can clearly see ham, tomato and mozzarella on mine. The restaurant was ridiculously dark, so I had to do some photoshopping to get these photos bright enough! 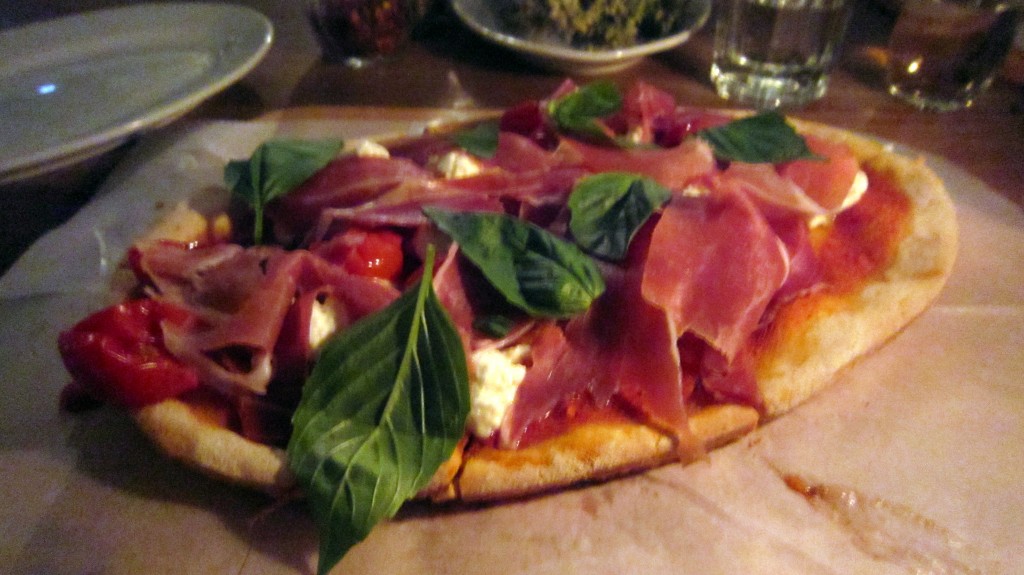 The pizza itself was very good – although if you want your cheese melted do make sure to tell them as it comes out “rustic” otherwise. I was pleased with the service and they were very clued up on gluten-free. The board that it came on even had a little “gluten-free” sticker to avoid cross contamination or confusion! 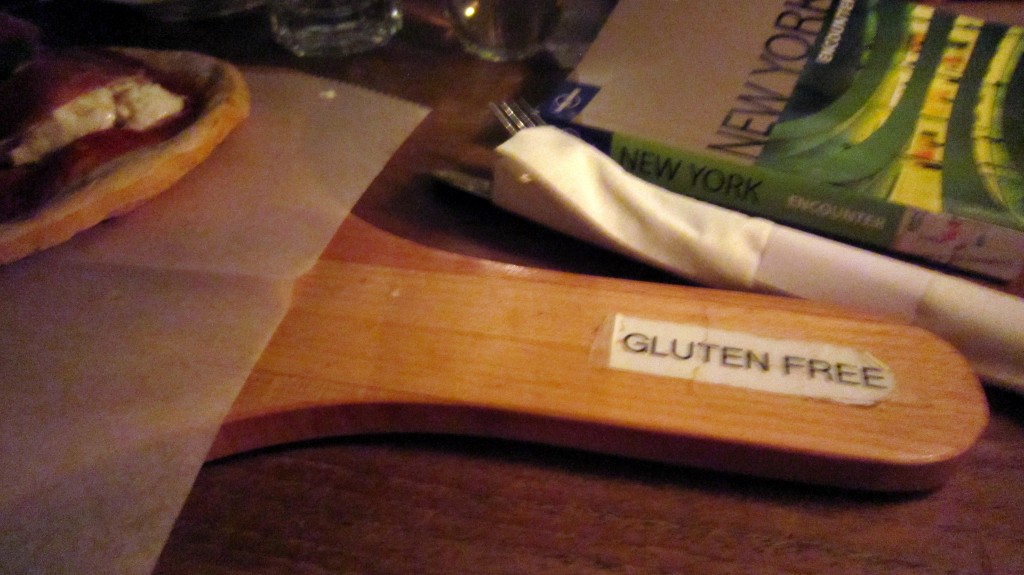 The problem is sometimes, a confident server fills me with dread. I know it doesn’t make sense but in my inebriated state, they suddenly seemed TOO confident in their ability to provide coeliac-safe pizza. I started freaking out because my stomach felt a little tight and suddenly the worry about getting glutened was causing my stomach to hurt and bloat. I didn’t get glutened here. It was my stomach reacting to “two buck chuck”, the cheap Trader Joe’s wine we had been drinking. But it made me realise that even in the safest places, the worry never really goes away. I took a beta blocker and calmed down.

Here is a comparison of the gluten-free and gluten-filled pizzas: 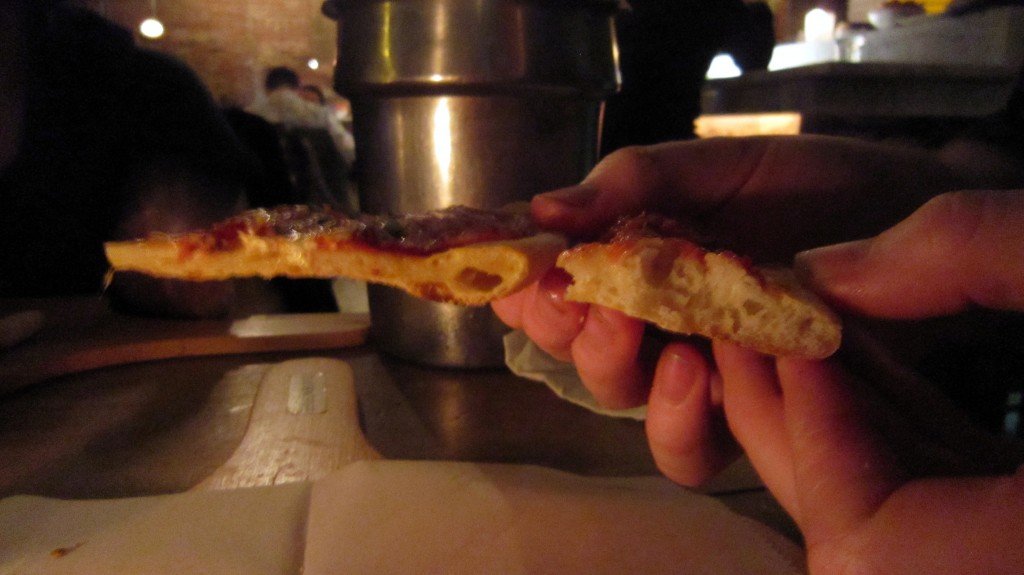 Gluten-free on the left, gluten-filled on the right

And just to illustrate how dark it was, an attempt at photographing a single pizza slice (I swear they kept turning down the lights): 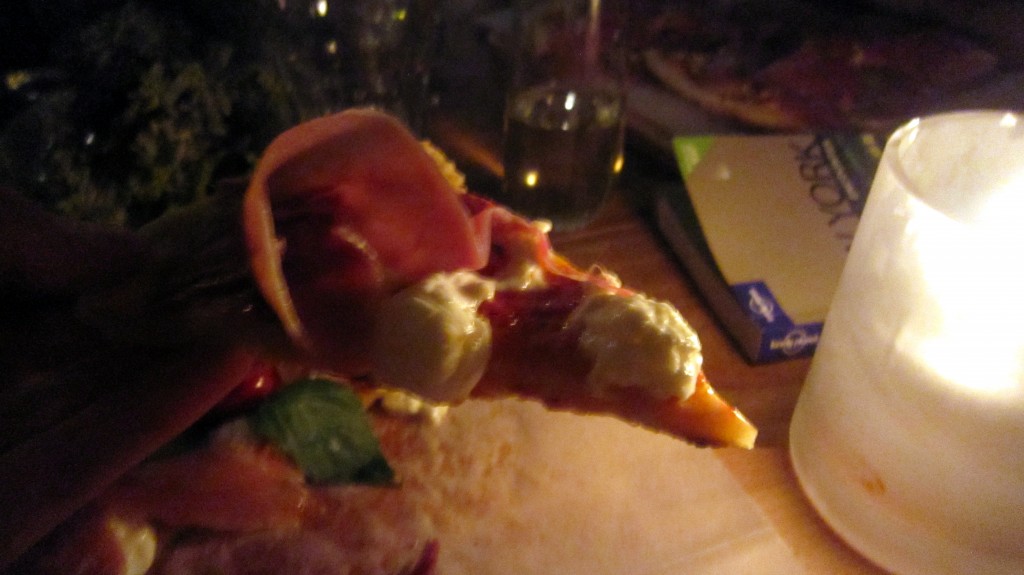 By the time we had finished eating, it was almost pitch black… 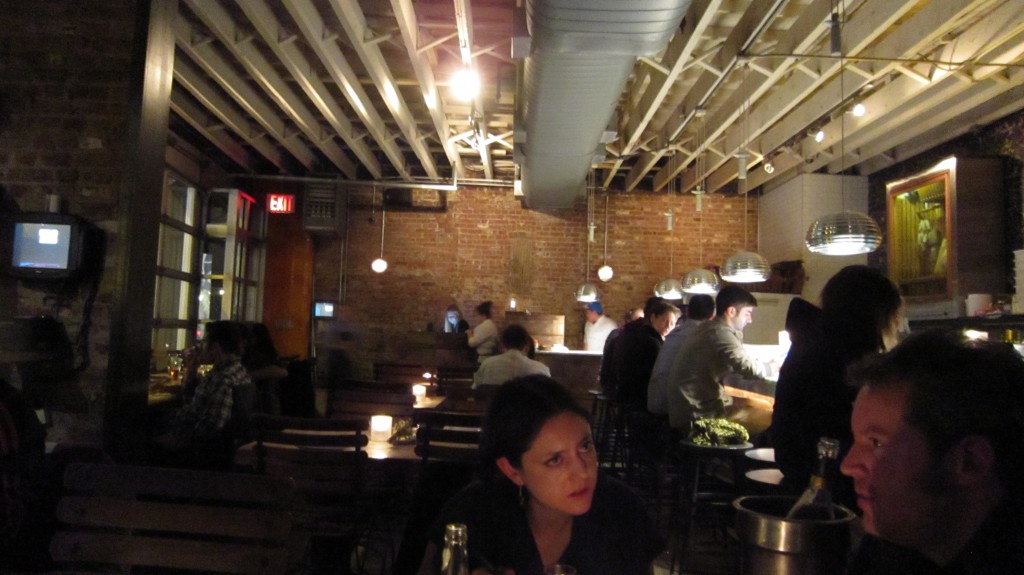 My companions are pretending not to know me…

Overall it was a great gluten-free experience and the food was delicious. It wasn’t the cheapest of places, but New York can be pricey. However, if you want a nice (and safe!) meal out one day, I would definitely recommend it.