Over Easter this year, I took a two week holiday to New York to visit a friend, and spent a large amount of the time gorging on the best gluten-free food New York had to offer. A lot of people have asked about eating gluten-free in New York, so I hope that my information and reviews are helpful to you.

If you’re gluten-free, New York is a food haven, but if you’re coeliac, you do need to be more vigilant. There are SO many places that claim to cater gluten-free that do not have adequate cross-contamination controls in place. I had been recommended Mozzarelli’s but after a bit of googling I found that they don’t seem to have any cross-contamination procedures in place and that many coeliacs have been made sick there. So I stayed away. I still managed to find loads of places that catered for coeliacs in a safe and friendly way, and none of these places caused any problems in terms of miscommunication, not knowing what gluten is, or any of the problems us coeliacs face. I would very happily return to ALL of the restaurants below.

So in no particular order, here are my reviews:

Review of my gluten-free meal on Virgin Atlantic

Despite what it looks like, I didn’t eat out for EVERY meal! 😉 I did some shopping at Whole Foods, Trader Joe’s and Morton Williams. Whole foods had an insane selection of gluten-free food, but I was wary of anything produced in their own bakery as they do not guarantee against flour dust etc. Despite its claims to be “America’s Healthiest Grocery Store” I couldn’t see much evidence of that. Everywhere I looked they were peddling junk food wrapped up in marketing. “It’s ORGANIC! GLUTEN-FREE! ALL-NATURAL!”.

I actually found Morton Williams to be the best in terms of products I actually wanted to buy. Sure there was some gluten-free junk, but not in the excessive manner of Whole Foods. I found a delicious coconut-based ice cream in there (which I proceeded to eat for breakfast the next day, natch). 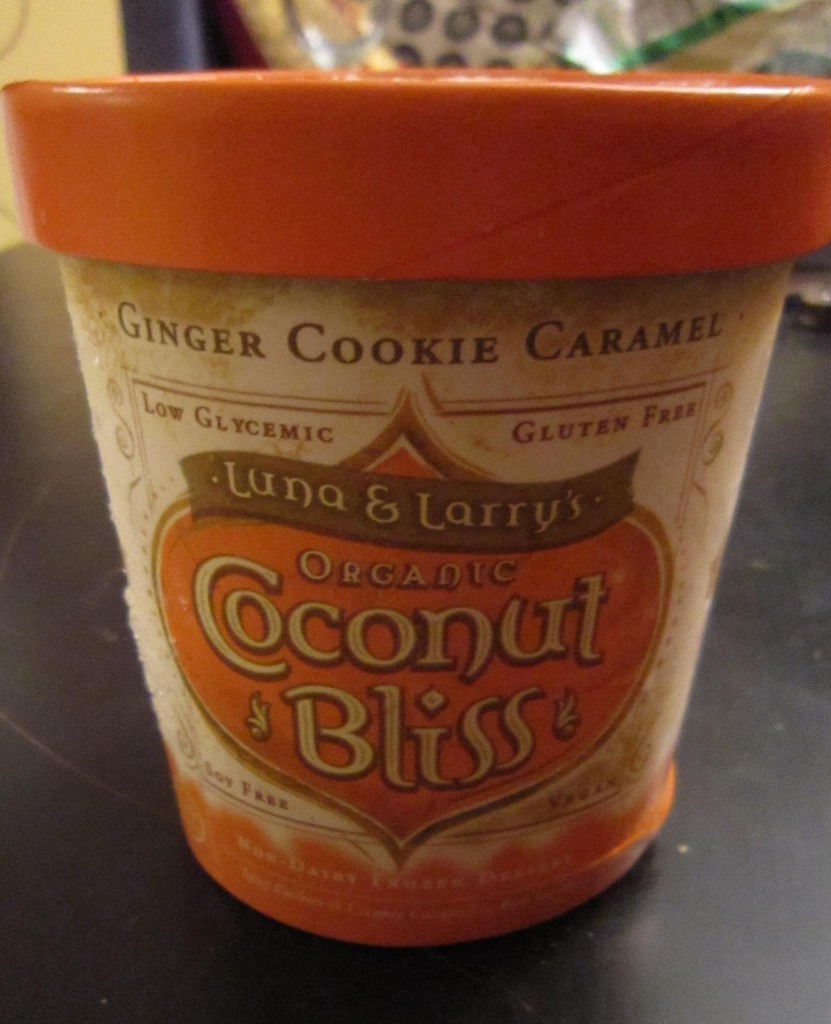 You should be aware that the labelling legislation is not the same as it is in the EU. I know there have been changes, and there are likely to be more changes so I would suggest doing your research before you go (I don’t want to provide out of date information here). Basically, as I understand it, in 2013, producers can still label something gluten-free that has been produced in a factory alongside gluten WITHOUT having been tested. (If I am incorrect, please somebody correct me in the comments!) There seem to be more and more moves to control this, and I think in general producers try to stick to the <20ppm threshold, but be aware if you are very sensitive! Check for symbols that say “Certified gluten-free”.

In general though, I think the problem with gluten-free products in the supermarkets is that they are full of sugar, soy and corn. American food seems to revolve around sweetness – everything seems to taste sweeter, even bread and milk – and this makes me rather lethargic and bloated even after a few days.

New York is a fantastic, vibrant city with a great food culture. There are places to eat gluten-free all over the city, and the quality of food was in general excellent. Staff generally had good awareness of what gluten-free means, and even what coeliac disease is. However, it seems that “gluten-free” took off much more as a fad for losing weight in the US than it did over in the UK, and so be prepared to explain to some that’s it’s not a choice for you and that’s it’s as serious as an allergy. (oh, I know it’s not an allergy! But honestly, sometimes it helps to describe it like that just to get the message across. Try explaining “autoimmune disease” to someone whose first language is not English)

I found supermarket products to be of slightly inferior quality to those in the UK, but there was a larger range. You can easily find gluten-free bagels, waffles, cookie dough,muffins, cakes, frozen ready meals and much more. However those who rave about Udi’s products must have tasted different ones to me – I tried the onion bagels and they were quite dry. Gluten-free pasta also seems to be a bit weird – which is odd as most own-brand gluten-free pasta over here is very nice!

As with any travel on a gluten-free diet, the more you plan, the more you get out of it. I hope you’ve found this summary useful and if you have any suggestions do leave them in the comments below! 🙂 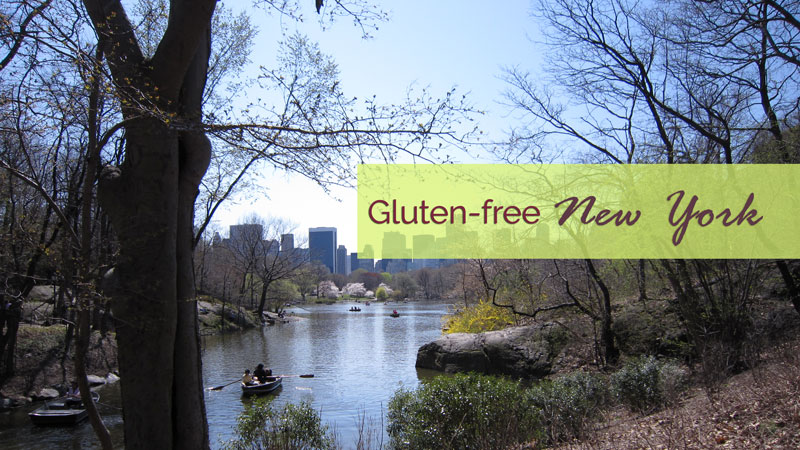