This is my first on a series of gluten-free reviews from my trip to New York, but I decided to review this one first since a) we just ate there and it is fresh in my memory (and belly) and b) it was my absolute favourite place to eat in NYC. 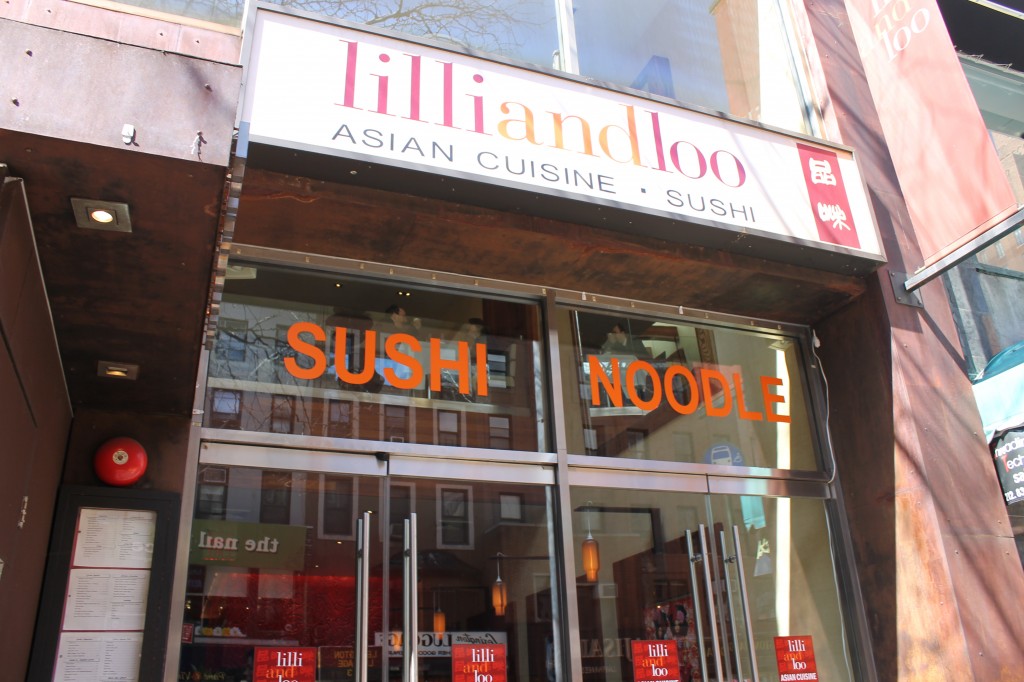 Lilli and Loo describes itself as “Chinese Asian Cuisine & Sushi Bar” and came highly recommended to me by my friend Poonam, who I was staying with. The main reason being that it also advertises a gluten-free menu with over 30 items available! Win!

It is on Lexington Avenue, a short walk from the south east corner of Central Park, making it the ideal place for hungry gluten-free tourists. I combined it with a trip to the Central Park zoo, which is only $12 and was very enjoyable, although not very large.

Their gluten-free credentials are good, and their reputation for being coeliac friendly is the reason I went there in the first place! 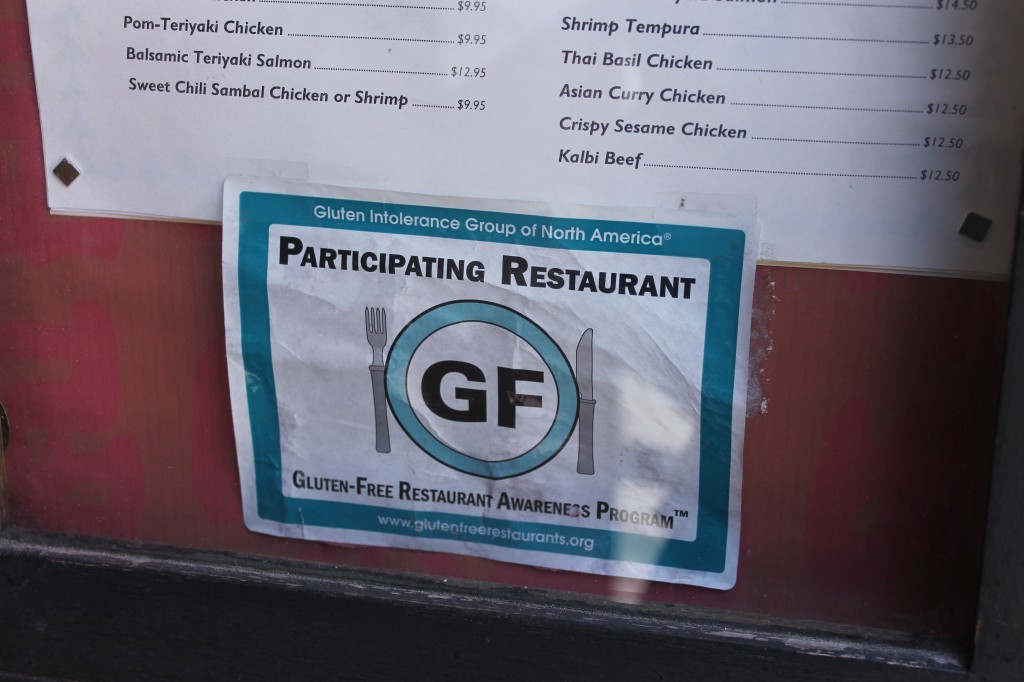 When I first went I cut a lonely figure, eating for one, but when I asked for the gluten-free menu I soon realised that it was probably just as well nobody but strangers would see me make a pig out of myself. Their gluten-free choices are extremely varied and include fried things that are normally off limits – crispy General Tso’s chicken, dumplings, sushi with tempura, spring rolls.

Yeah, I’m drooling just thinking about it. For coeliacs, being able to eat Chinese food is a real treat – and something more than boiled rice and steamed veggies!

To start with I had the pan fried pork dumplings ($8). These were absolutely delicious, although a little different to how regular dumplings are. There was definitely a glutinous texture to them, but they were crispy and chewy at the same time, and came with a tamari-based dipping sauce. 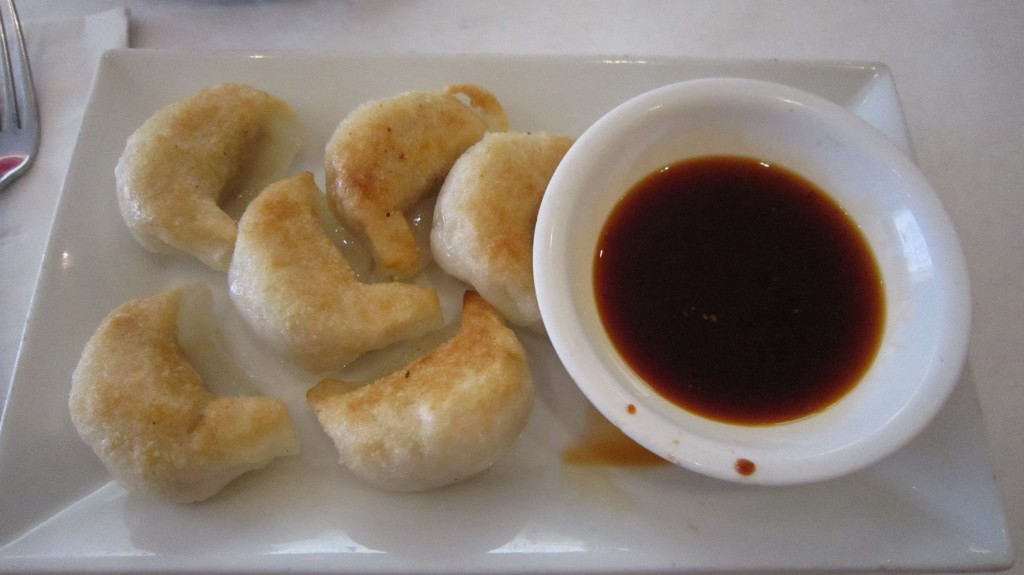 Here’s a shot I took of the inside: 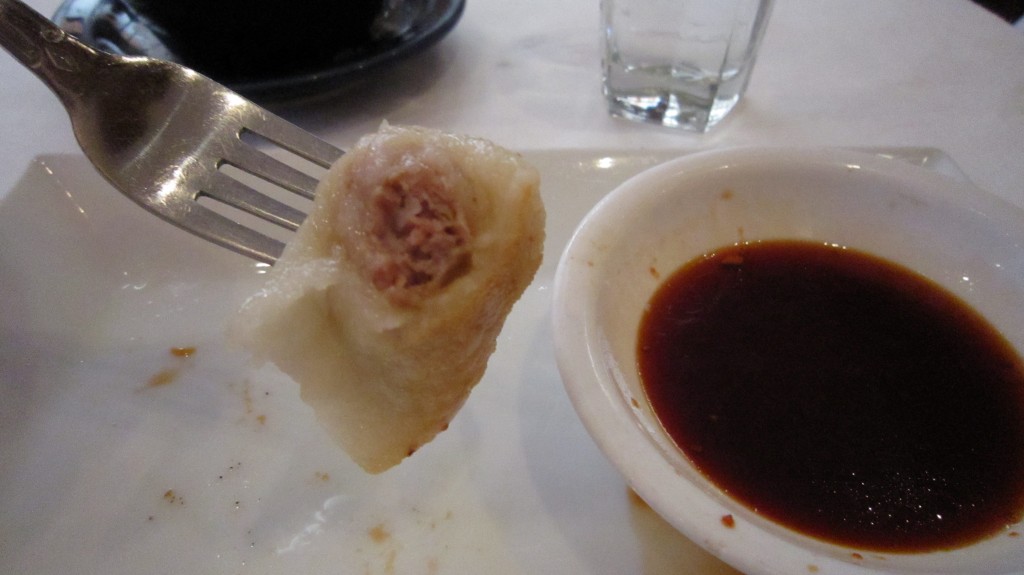 Yes, there is nothing better than a single lady taking pictures of her food while making yummy noises.

After devouring the dumplings I was feeling rather full, but still my plate of crispy General Tso’s chicken ($11.95 lunch special) arrived. We don’t really see this dish a lot in the UK, but it is battered and fried chicken pieces smothered in a sort of sweet sauce. Sounds kind of sickly, but wasn’t. It really wasn’t – it was like angels dancing in sweet chilli sauce. The chicken was very succulent and tender – not at all like “takeaway” chicken. 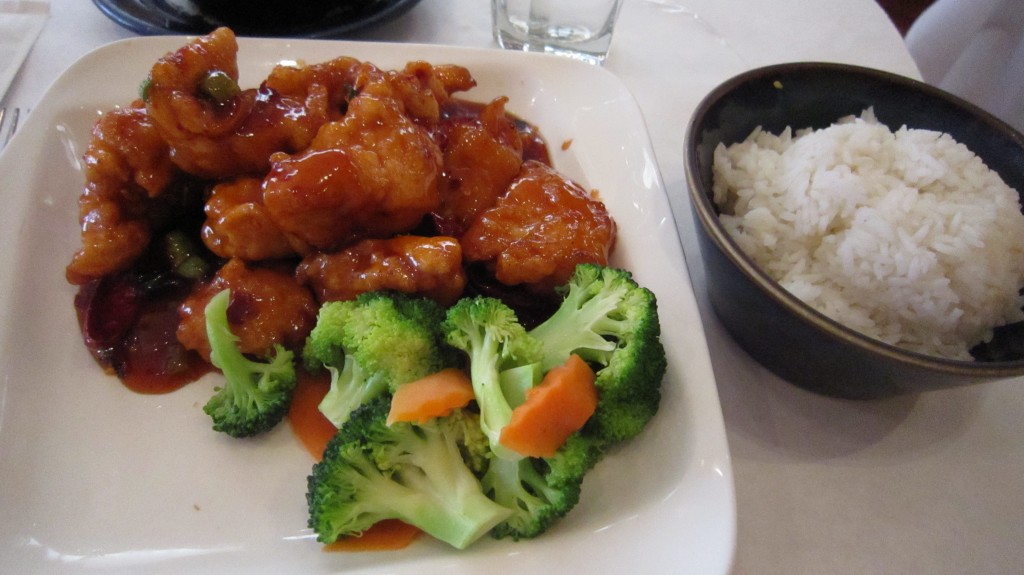 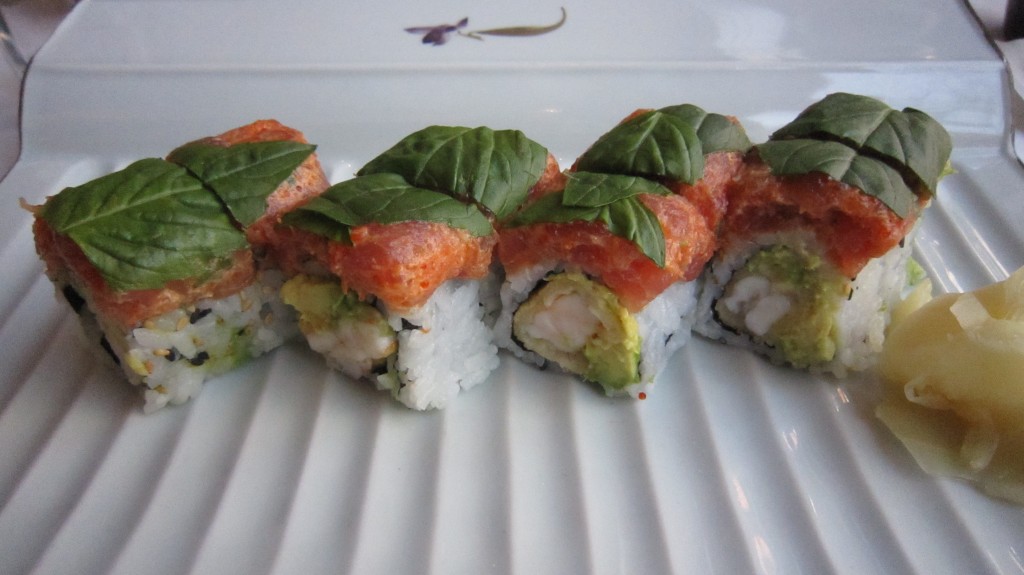 This was delicious, and very freshly prepared. I wasn’t so keen on the basil flavours, so I awkwardly peeled the leaves off. The waitress made a point of telling me that the soy sauce in the little pot was also gluten-free. Nom nom nom.

After a large starter and main, it was all I could do not to try dessert. I mean, they had real gluten-free desserts! I chose the pecan pie. 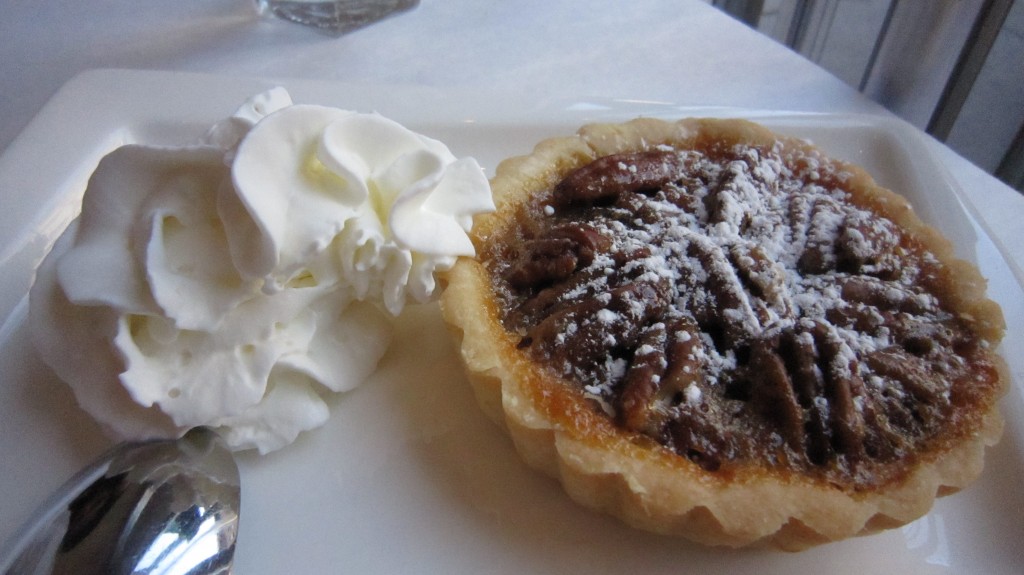 This may be one of the better life decisions I have made, because it was better than any gluten-containing pie I’ve had as well! The pastry was light, but not bland, and the insides were sweet and nutty. Afterwards I bored my friend to tears by launching into an extended monologue about this pie. It was fantastic.

Overall there isn’t much bad to say about Lilli and Loo. The food is delicious. It’s not cheap, but not eye-wateringly expensive. The knowledge of gluten-free food is absolutely great, although the servers can be a little surly. For a coeliac in New York City, it’s absolutely unmissable.