Haarlem is a beautiful town about 15 minutes west of Amsterdam. It is often described as a smaller, friendlier, less touristy version, but we had a vested interest in seeing it (which I’m sure you will learn about later, perhaps 😉 ). 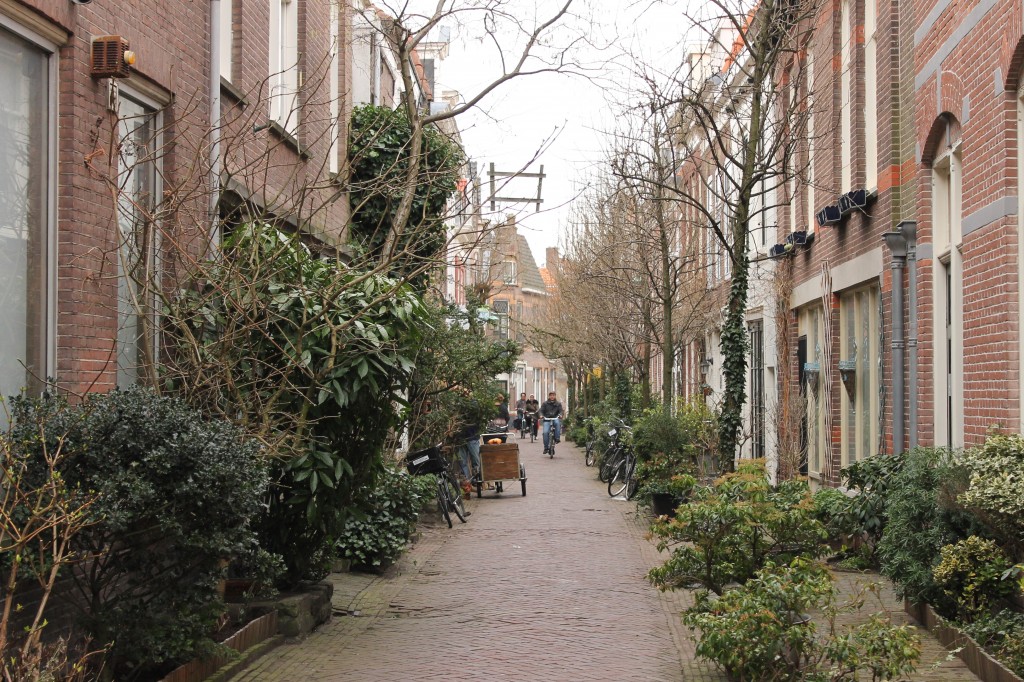 A street in Haarlem

The thing that struck me most about it as a town is that it seems to be a foodie paradise: there are restaurants, cafes, and bars everywhere, and people seem to take great pleasure in having a relaxing lunch. Perfect. I had done some research on gluten-free food beforehand, and there seemed to be many places where we could have had a good lunch, but I decided to head to “Hofje Zonder Zorgen” – or literally, “Courtyard Without Worries”. 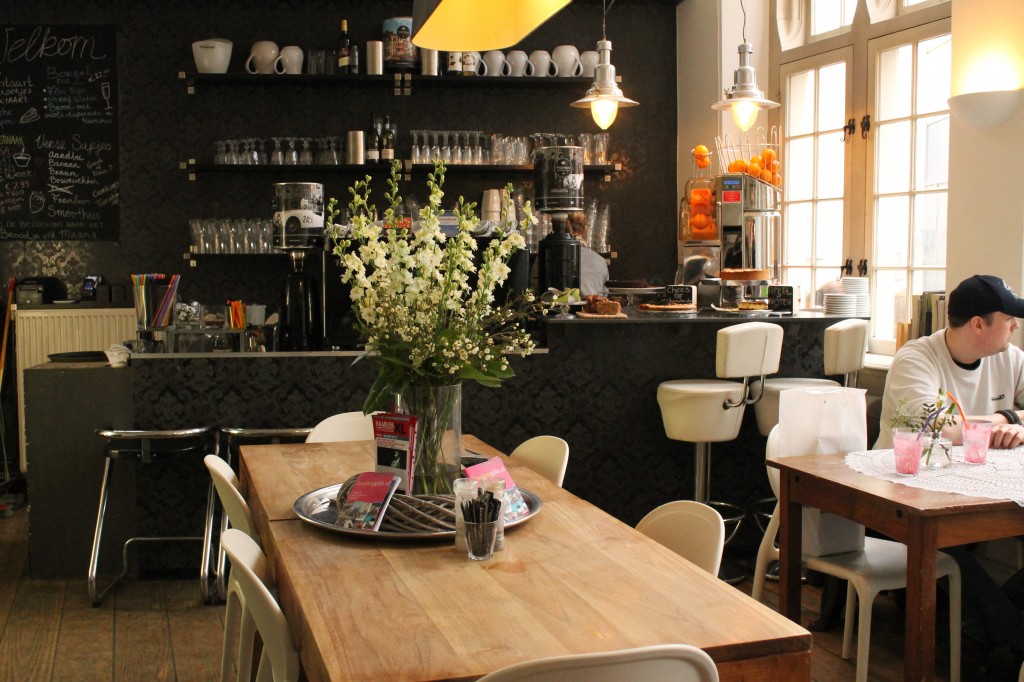 It had the feel of a quaint little tea shop, and we were greeted with a very friendly “HULLO!” :), as seems to be standard in the Netherlands. You can almost feel the emoticons in their voices. We were handed the English menu, and we had a large variety of sandwich options on white, brown or gluten-free bread. 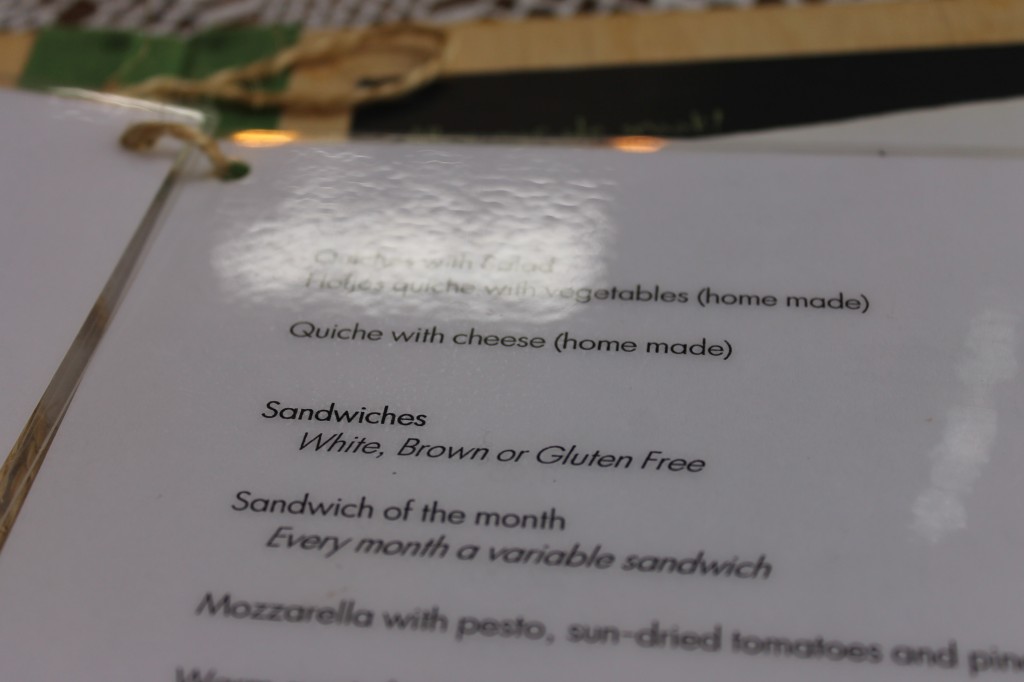 This made me a very happy panda indeed, but happier still when I saw that they offered a gluten-free white chocolate pie. I ordered a sandwich with smoked chicken, avocado and parmesan. 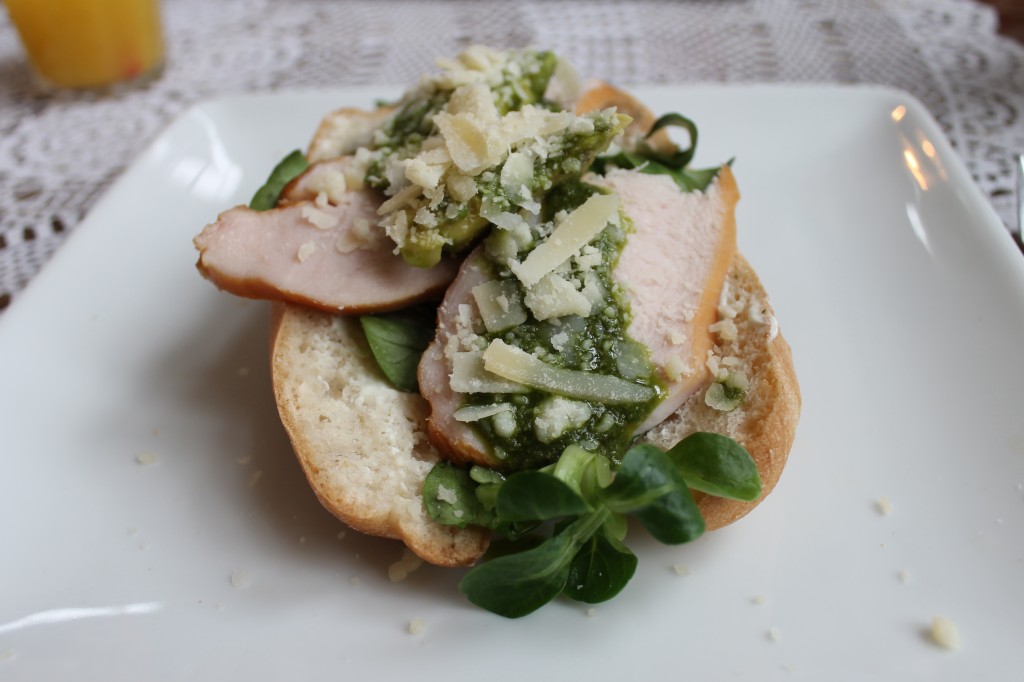 I was rather pleased when it came out – you can’t really see it from the picture, but the bread itself is like a small baguette (or petit pain), cut in half. I demolished it. 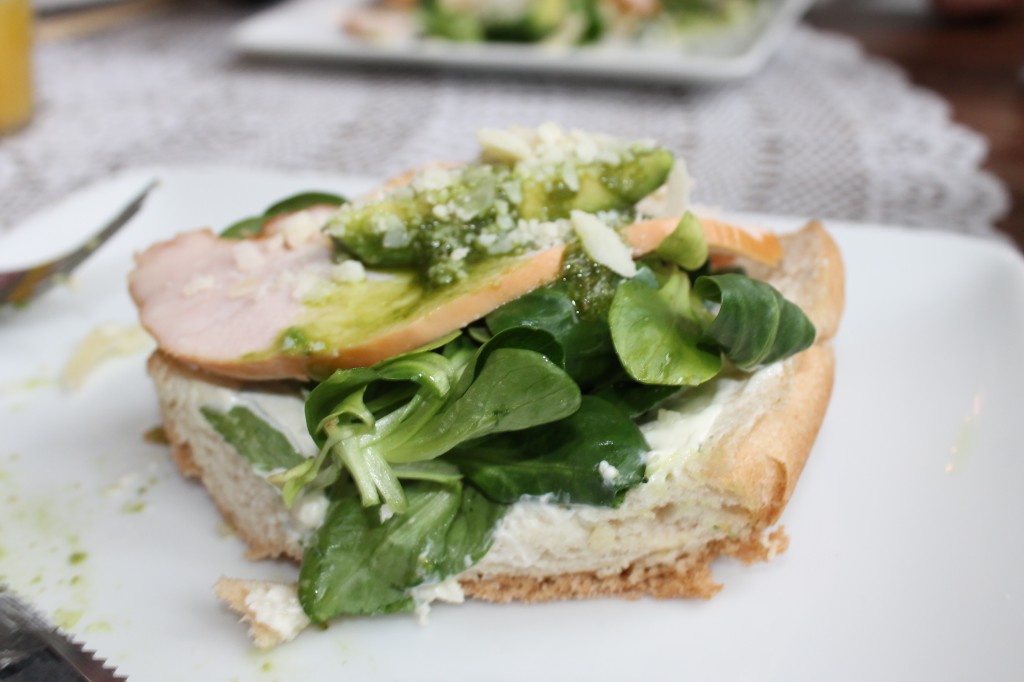 Halfway through I realised that the bread was good. REALLY good. So good that I started getting scared they had brought me the wrong one until I realised that my stomach wasn’t reacting. No, it was safe. Phew.

But this bread, oh my! Before I start sounding too much like Anastasia Steele, let me be utterly serious here: It was the best gluten-free bread I have ever eaten. Without exception. It was so good that when the owner (I think) came over to take our plates away I started gushing about the bread and demanding to know where they got it?

The bread is produced in a specialised bakery that sells wholesale. It’s not available in the shops, she told me, quite proudly. You can tell that there is a lot of passion put into this little cafe from the owners, that they really care about their food and their customers.

So onto dessert. I was too full! I knew that every bite would be a struggle, so I took a few sneaky pictures of the gluten-free chocolate pie for you all 😉 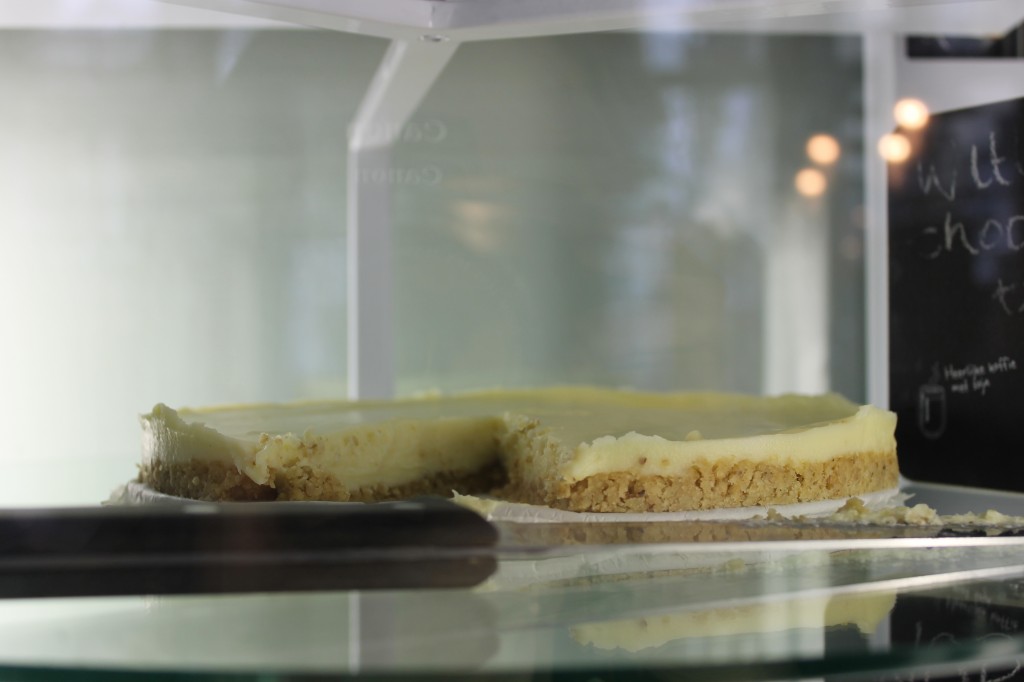 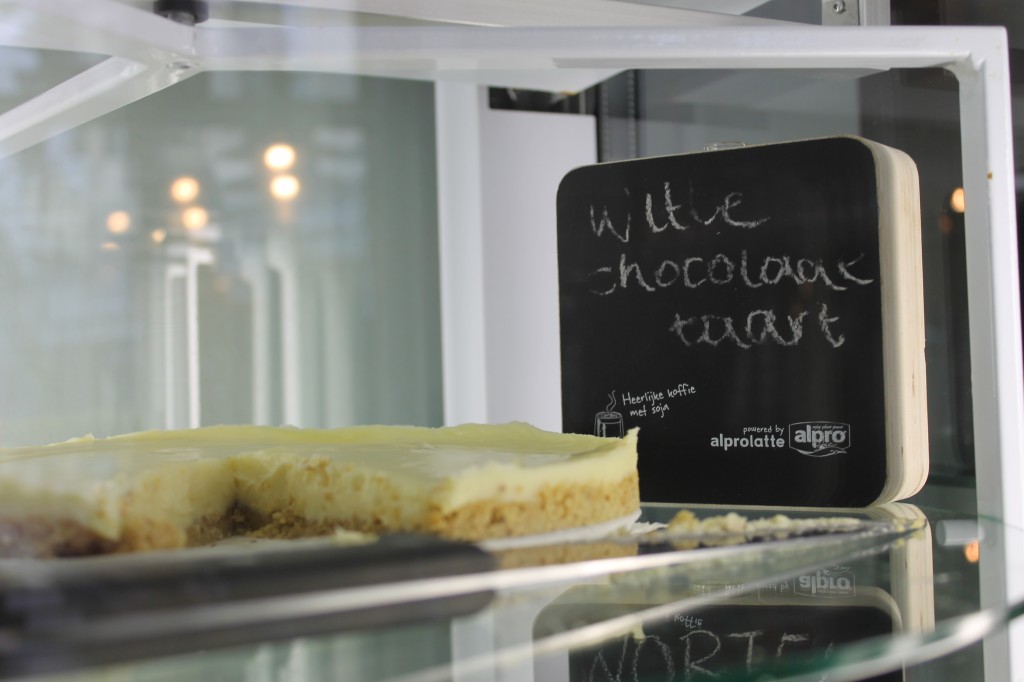 Overall, this was such a lovely and tasty experience, and I would highly recommend it to anyone who is spending some time in Haarlem or Amsterdam.