De Italiaan is an italian restaurant within walking distance of central Amsterdam. We only spent three days in the Netherlands in total, of which only one of those was in Amsterdam itself, so I wanted to be sure I could find something to eat. A bit of internet research told me that De Italiaan offers gluten-free pizzas cooked in a separate section of the oven, so this seemed ideal! (Don’t act surprised – you guys know I’m a pizza fiend) 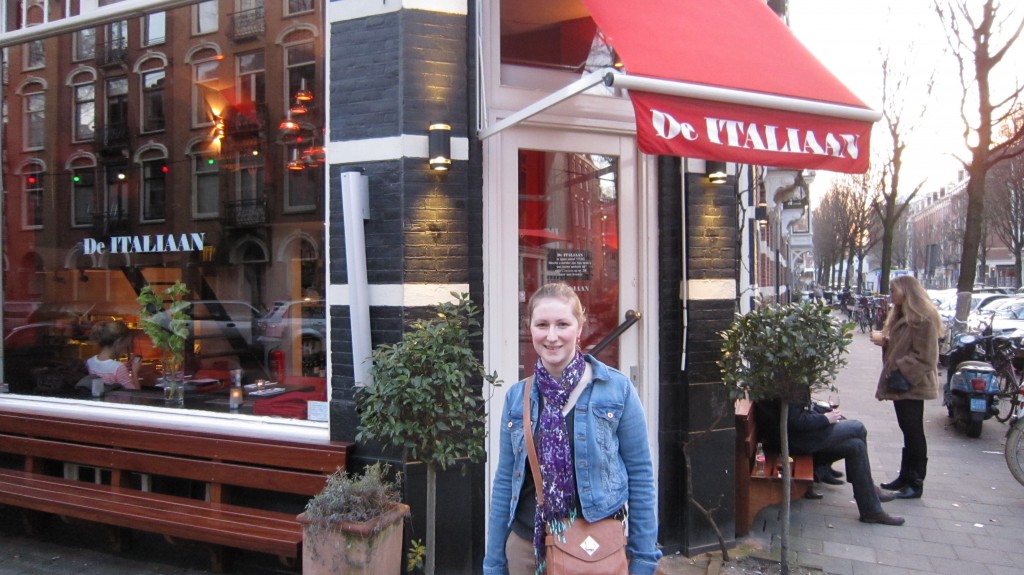 When we arrived, it stated clearly on the menu that they offer gluten-free pizzas, and the waitress told me all the toppings were gluten-free so I could have whatever I wanted. 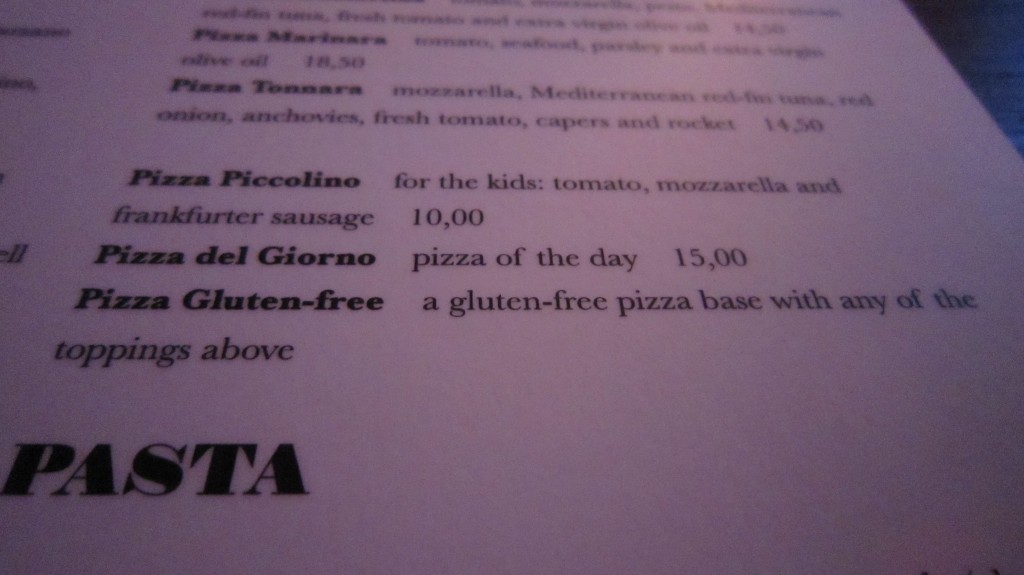 The waitress we had was very knowledgeable about gluten, and her English put my Dutch to shame! 😉 While we were waiting, we quaffed a carafe of the wine of the month, which went down a lot easier than red wine normally does with me! 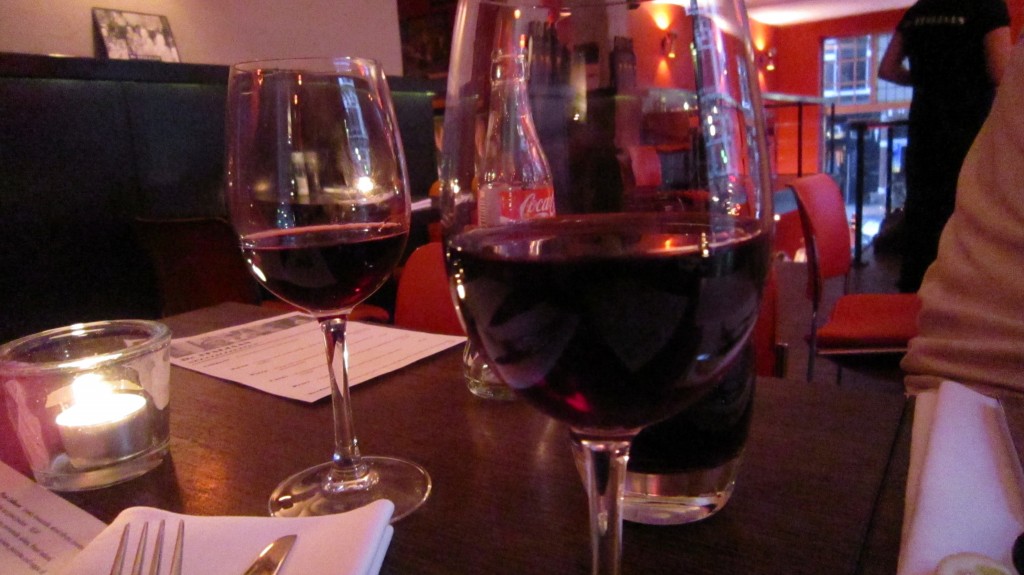 When my pizza came, I admit I was a little disappointed that they had used a pre-made base. All the signs had pointed to a place that might make their own. However, the good news was they hadn’t skimped on toppings – they had used the same amount of topping as they would have normally done. The great news was that the toppings were divine. I had a Quattro Stagione (Four Seasons) pizza. 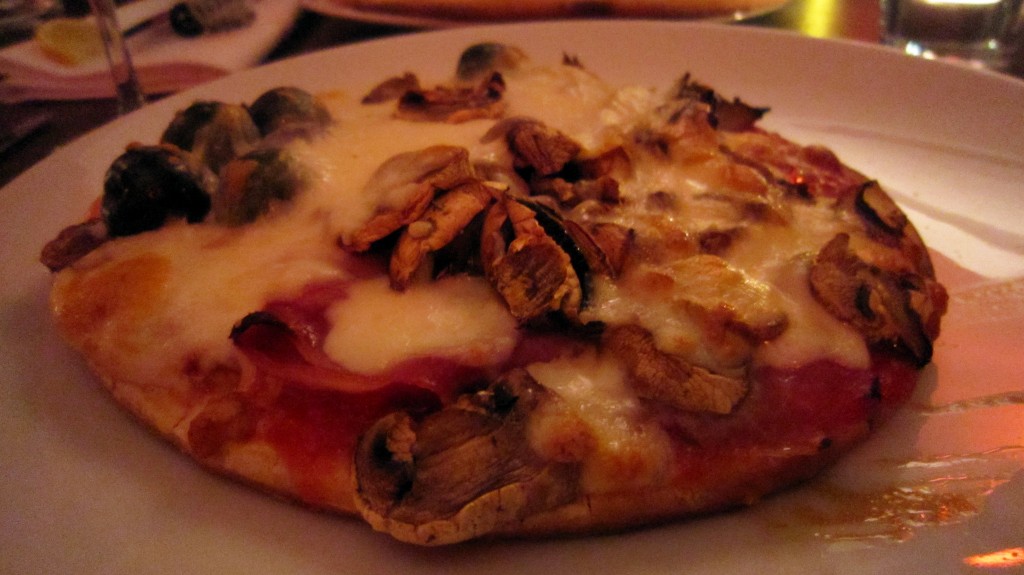 Clearly they have a great oven, as it was well cooked (not frozen in the centre like some premade bases have been!). The base itself was not bad, I just wish it had been a bit bigger! 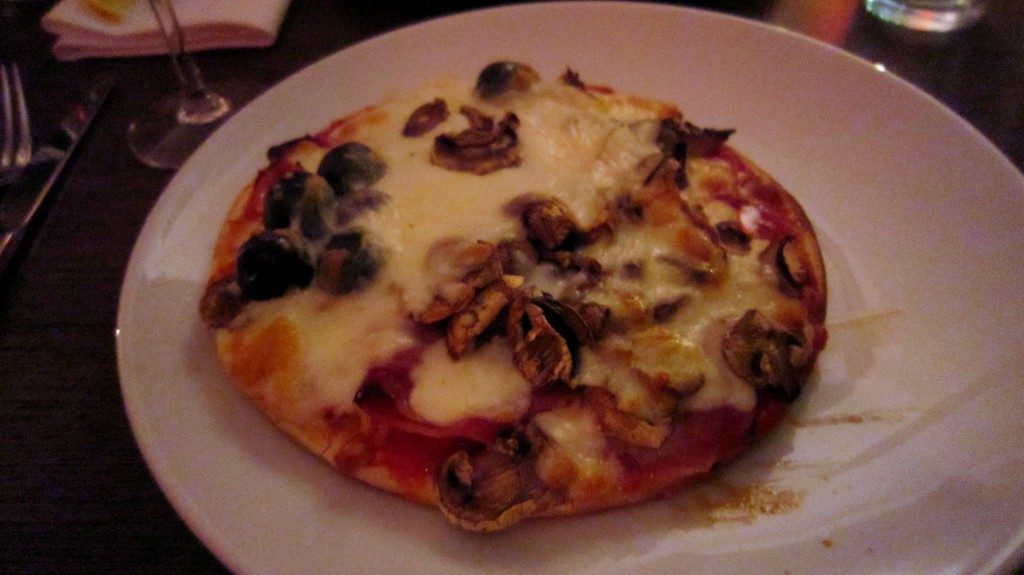 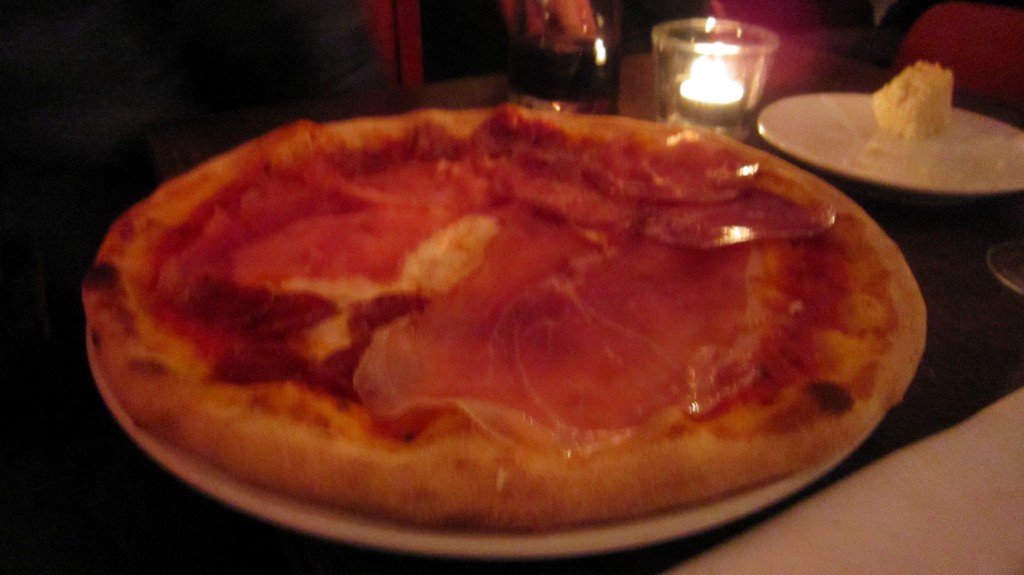 It wouldn’t have been so bad if the normal pizzas hadn’t been so big!

Overall, however, it was a pleasant and stress-free dining experience. The pizzas weren’t cheap (€13-18, depending on toppings), but it was great for a treat on our only evening in Amsterdam!

Ease and safety of eating gluten-free: 10/10