It’s been a busy few months for the Newburn Bakehouse. In hot pursuit of their 600g seeded loaf, baguettes and morning muffins, they have launched another new product – and this one is a real game changer. 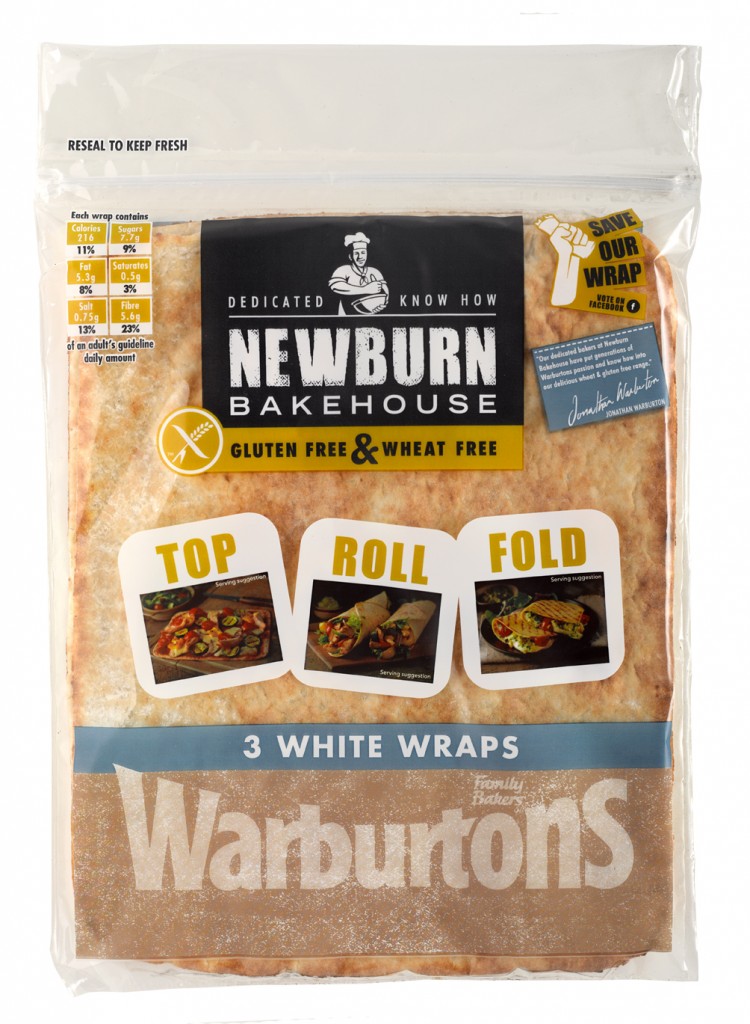 The announcement that they will be releasing wraps – to be trialled in selected Tescos from Monday – was almost as exciting as hearing that a sample wrap was on its way to me!

When I was up at the Newburn Bakehouse in February, we got a sneak preview of the wraps but didn’t have a chance to handle or taste them.

Wraps are one of those things that I had resigned myself to living without. Without gluten, it is very hard to create a wrap that bends rather than splits so I was extremely curious to see what the wizards at Newburn Bakehouse had concocted.

My initial impression of the wrap is that it is extremely flexible for a gluten-free wrap. On examining the ingredients there didn’t seem to be anything that I haven’t seen in other gluten-free products, so I assume the work in making these wraps will have been in the quantities and ratios.

“Without a doubt my biggest challenge to date has to be the wrap recipe – I’ve been working on it for so long. Trying to formulate a wrap recipe that meant the product could still be wrapped and folded after 7 days was really difficult – but I’m confident we’ve got a product that you’re going to love!”

How long does it take to develop a new product?

“It obviously varies from each product, but it can be anything up to 12 months. We always want to ensure that the product that goes to market is the best of its kind, which is why we invest so much time during the development stages. The wrap for example took 10 months to develop.” 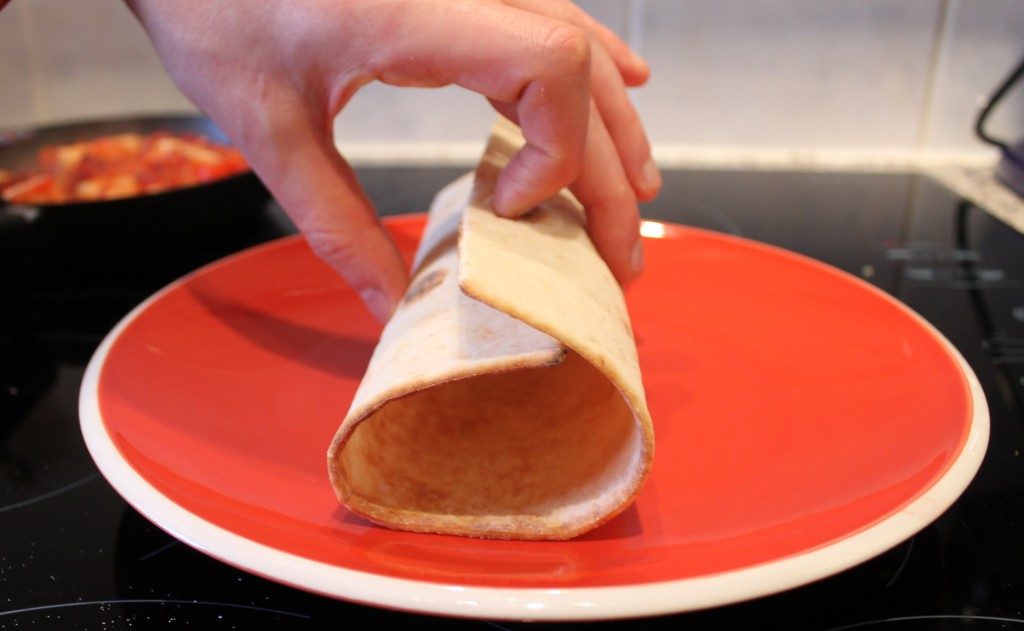 I chose a bit of a chicken fajita filling, mixed with some Korean sticky rice cakes (this cold weather is bringing out my carb cravings again!) 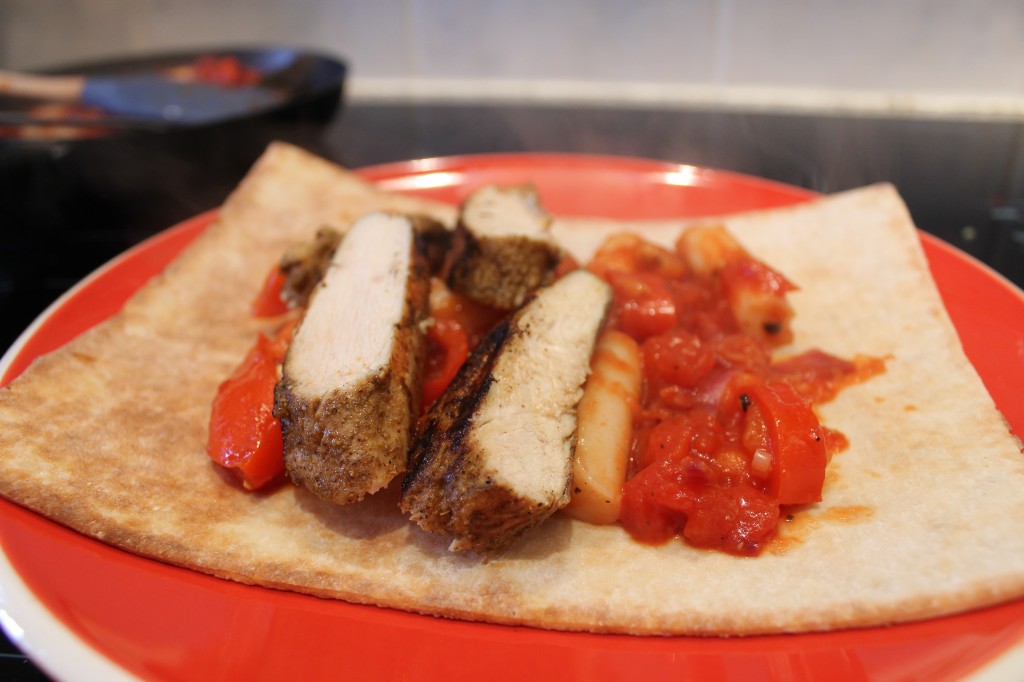 It was quite easy to fold the wrap, but less easy to eat it. As my boyfriend said, “you know it’s a proper wrap when half the filling falls out onto your plate”. Quite. 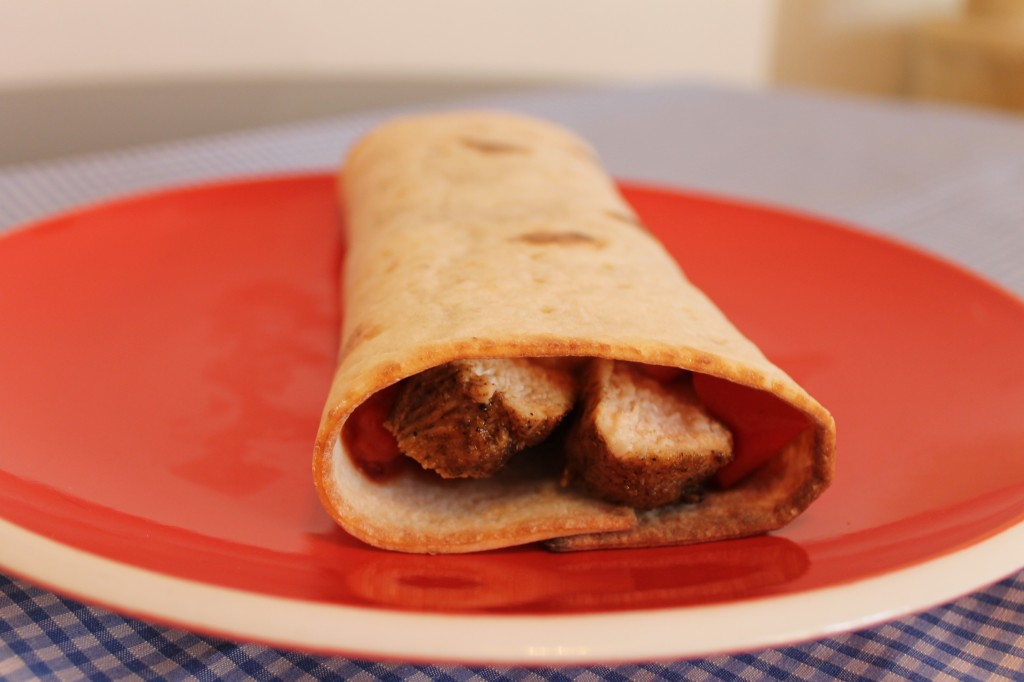 So the big question is: how did it taste? Well… in my opinion it was absolutely amazing! To me, it didn’t even taste gluten-free! Even the boyfriend said “Yeah, that’s not half bad!”

It just tasted so … NORMAL! But even I am starting to get a bit sick of my raving about this product and the Newburn Bakehouse in general, so I urge you to try it for yourself. 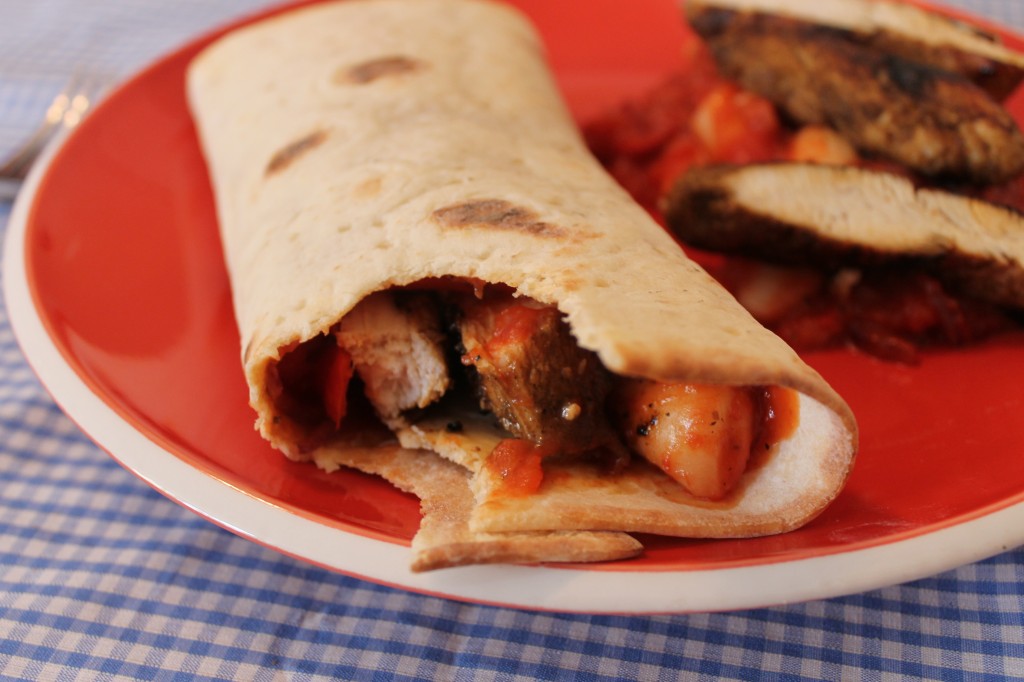 Now for the fun part…

This is a limited edition product, and we need to show that there is demand for it. It is being trialled in selected Tescos from Monday 18th March onwards, so give it a go! (Yeah, I know, I hate Tesco, but this is for a good cause!)

When you’ve tried it, head on over to the Newburn Bakehouse Facebook page and vote for it on their app (available from Monday). If you’re on Twitter, you can tweet about it using the hashtag #saveourwraps, which I originally misread as #savourwraps. Mmm.

What do you think? Is this the announcement you’ve been waiting for?