Although you won’t notice it just yet, I recently bought a DSLR camera off eBay so that I can take even prettier pictures of delicious gluten-free food. It was collection only, so I asked my long-suffering boyfriend if he would take me down to Brighton on Saturday. There would, he was assured, be pizza as his reward. Plus, there are worse places to spend your Saturday than Brighton. 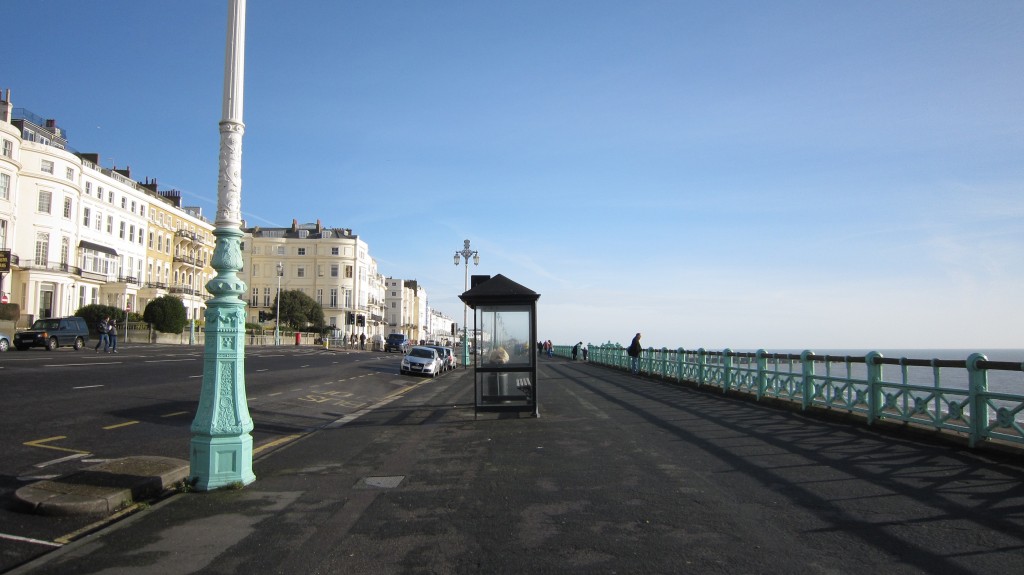 Pizza Face is a teeny tiny takeaway pizza joint in Brighton, which has a variety of interesting and gourmet-sounding topping combinations. For an extra £1, they will give you a gluten-free pizza on a delicious homemade base made with Dove’s Farm flour. It all sounded so good until I realised quite how small the place was. You could fit about three people in the waiting area, and the kitchen and oven were right there, so I could see all the flour that was around. I started to get nervous. I told the very friendly staff I had coeliac disease, and they assured me precautions would be taken (although they are cooked in the same oven, so there would always be the possibility of contamination).

I chose “The Bore”, so called because it used boar sausages, but I was pretty amused when my box came out with “GF bore” written on it, because let’s face it, what coeliac hasn’t been a bit of a gluten-free bore at times? 😉 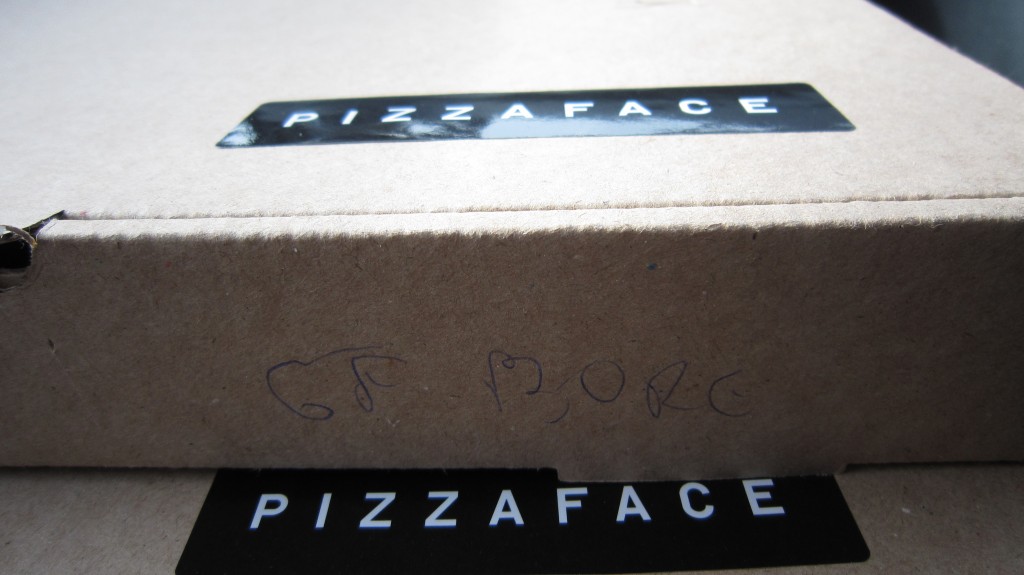 As part of my New Year’s resolution to be more adventurous, I went for it. I simply can’t live the rest of my life in constant fear of being glutened, and as long as I am confident that my message has been understood, I am resolved to try new foods and restaurants.

We went for a short walk and on coming back, the pizza was in the oven. I was twitching like mad, worried about invisible (and visible) bits of flour, and it wasn’t until I had seen the whole pizza being made that I realised many precautions had, in fact, been taken by the staff.

I really needn’t have worried so much, but I do tend to get a bit anxious when I don’t have full control of my food.

Still, on to the pizza. The toppings were really, REALLY, good, as was the sauce. Very flavourful, not too salty, and just delicious. The base was great when it was hot, but as it cooled it went a bit hard. You could tell it was made with Dove’s Farm flour, as it had the same distinctive texture, but on the whole not a bad base. 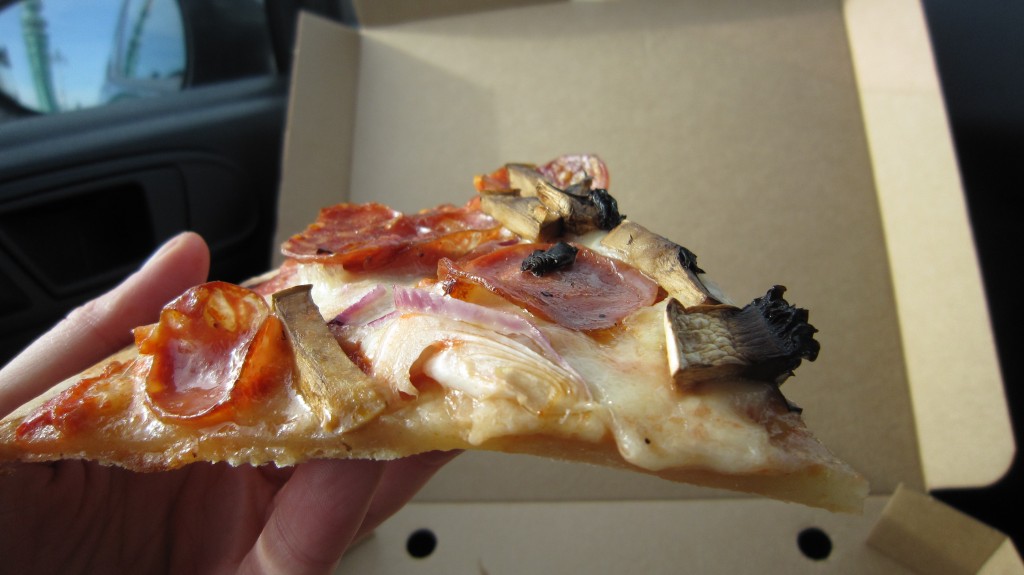 I didn’t get glutened. I didn’t have a reaction. My stomach bloated up a little because I ate a giant pizza topped with cheese. If you are extremely sensitive to gluten, you may react, but I have been glutened by pizza dust before, and it was clear that in this case good and responsible precautions were taken. 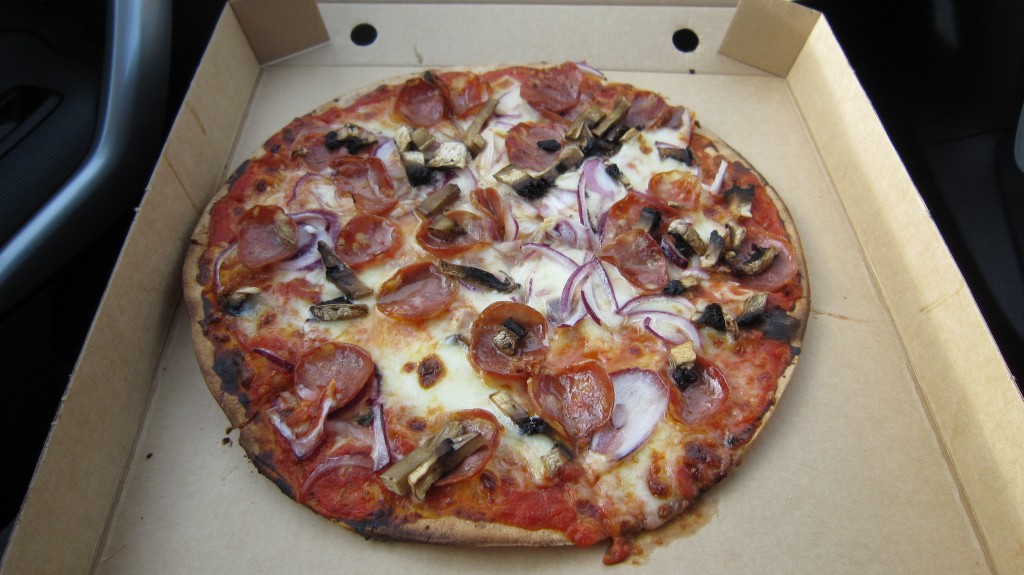 Overall, a great day out! This will definitely be my go-to place when I’m next in Brighton.