Get your Chinese food fix by making these gluten-free pork and cabbage dumplings. Using Isabel’s Pizza Base Mix is a simple way to make the dough, which can be filled with vegetables for a vegetarian option. This version uses pork mince and cabbage.

The provision of gluten-free foods has increased dramatically recently even just in the last two years. However, there is one genre of food that is not very gluten-free friendly and that is Chinese. Most dim sum contain wheat, and then there’s noodles, those delicious steamed buns… the list goes on. The list of things I can’t eat, that is.

Back in the days of gluten, I had a bit of a dumpling fetish, specifically from a local takeaway. They sold fried dumplings with a kind of sausagey filling, garnished with, I don’t know, crack or something. They were so good I judge every dumpling I come across in comparison to those ones. But gluten-free Chinese is something that’s not easy to track down.

So I made them myself. 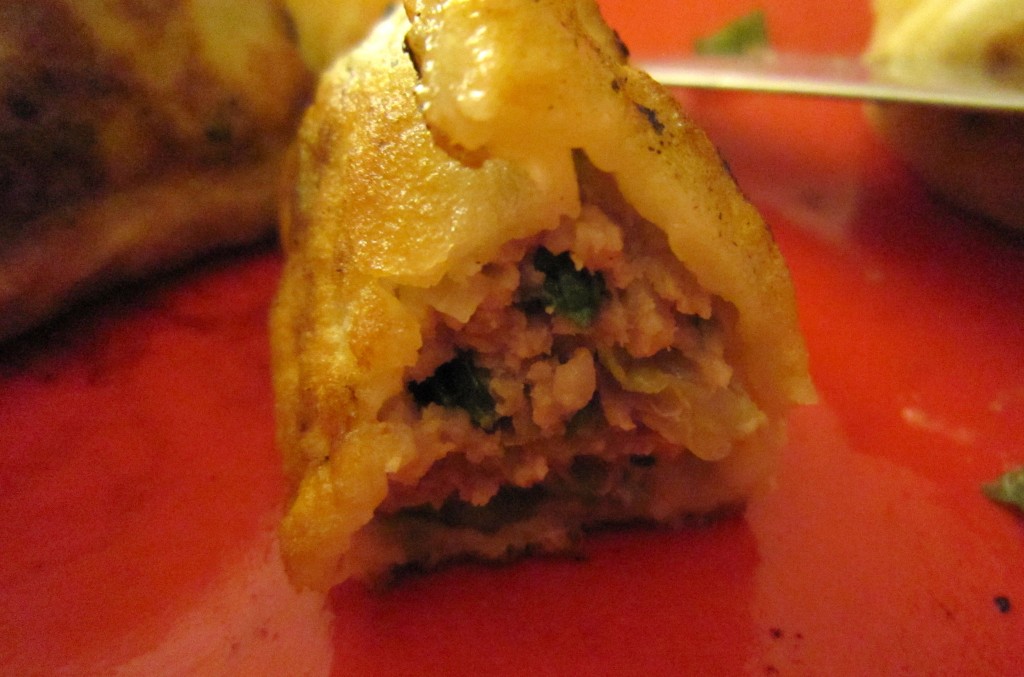 As you will know, I am a big fan of Isabel’s pizza base mix. In fact, I love it so much that my boyfriend often jokes about me running off with her so I can eat it every day. Well, one day I had cooked the pizza base for a little less time than usual, and it had a sort of glutenous consistency, and I thought to myself: “Dumplings! I could use this for dumplings!”

The pizza mix is mostly made up of cassava (tapioca) which gives it a great elasticity that I thought would work either steamed or fried. When I finally tried it, it had been a long day so some fried food was in order.

The filling can be prepared in advance, and this is recommended because if you have a small kitchen, like we do, you don’t want to have to make the filling AND the dough at the same time.

By The Happy Coeliac Published: January 4, 2013

A gluten-free version of a Chinese takeaway favourite.